Article: The Need to Review the Operational Guidelines Of Hajj 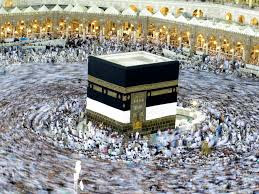 In the name of Allah who states “..... and pilgrimage to the house is incumbent upon men for the sake of Allah, (upon) everyone who is able to undertake the journey to it; and whoever disbelieves, then surely Allah is self - sufficient, above any needs of the worlds" Q3:97


May His everlasting peace and blessings be upon our master Muhammad and his gifted progeny.

For the second time, the Education committee of the Islamic movement popularly called Lajnar Tarbiyyah da Ilmantarwa Multi - services, has convened its second workshop for the intending pilgrims on Saturday, 1st Zulqaadah, 1436 H.

Among other Participants in the workshop were those intending to go for lesser Hajj and visitable sacred sites in Iraq and Iran. The programme took place at Mami Multi - purpose Hall along New Jos road, Zaria.

The resource persons that imparted in the workshop include Malam Lawal Muhammad Gumel, a senior nursing officer from the Aminu Kano teaching hospital. The officer extensively drew the attention of the participants on personal and Environmental hygiene. This is no doubt a very important aspect as our pilgrims are very much lagging behind in this aspect on comparative analysis.

He drew the attention of the pilgrims to undergo a thorough medical checkup so as to take necessary measures for a hitch free pilgrimage. And for those on precedent medication, he advised for utmost care and patience saying some pilgrims tend to be negligent on their medication prescription on various illness. To be on the safer side therefore, they should carry their prescription cards along and the prescribed drugs so that they can help themselves better.

He also advised them to engage on daily exercise for atleast 30 minutes so as to prepare themselves towards the tedious rite. He said many find themselves in a very difficult situation especially those stationed far away from Haram that might trek five kilometers or so on daily basis. Due to stress many find it very difficult and on diagnosis some are proved hypertensive, diabetic, asthmatic and so on.

On his part, Sheikh Abdullahi Ahmad Zango highlighted on significant historical sites in Mecca and Medina along with their respective forms of worship. The areas highlighted covered the demolished and standing in the two holy cities among others.

Sheikh Shu'aib Muhammad on the other hand spoke on the significance, relevance and reward for recitation of Arafat supplication at the mausoleum of Imam Husain, the chief martyr at Karbala in Iraq on the Arafat day. He quoted several traditions of the noble prophet emphasizing the need for whoever can afford to do that after visiting the last messenger.  The visit of the chief martyr is highly recommended whenever one is coincidentally opportuned.

Sheikh AbdulHamid Bello has also contributed with highlights on some important aspects where he advised the participants to refer to a book philosophy of Hajj by Dr. Ali Shari'ati.

The jurisprudential aspect was generally handled by Sheikh Muhammad Turi, who started with the highlight on hajj as an obligatory pillar that all capable Muslims are obliged to perform. The sheikh graphically read relevant chapters on the rite covering faces, stations, Ihraam and so on including differentials with regard to gender. Looking at the significance of this aspect particularly, the participants were allowed to put their questions and the sheikh responded.

Looking at the multi - faceted nature of the rite in undoubtedly the greatest human gathering on earth, the need for closer reconnaissance was very obvious. In view of this, Dr. Isah Mshelgaru, from Ahmadu Bello University contributed with a very impressive power point presentation on Hajj and Umrah in practice.

After the lunch and prayer, the participants moved to Jannat Dar al - Rahma - Dendo village in a visit to the great martyrs of the Islamic movement.

Later in the evening, the participants moved to Gyallesu quarters, the residence of Sheikh Ibraheem Zakzaky for his scholarly admonition. As usual, the Sheikh accorded honor to the intending pilgrims to the House of Allah and wished them well and accepted pilgrimage. While addressing the participants, the sheikh emphasized sincerity of purpose, use of legal means and discipline among others.

Generally speaking, the participants were highly impressed and motivated with the conduct of the workshop and therefore thanked the Education committee for this endeavor.

Based on discussion with some officials of a state pilgrim welfare board and close examination, I have made a number of observations. And it is very clear that on looking at Hajj operations in Nigeria,  problems relating to corruption, negligence, and ignorance are very obvious. These problems could be attributed to NAHCON, the national Hajj commission which controls the rite, The States pilgrims welfare boards and the local government committees.

NAHCON stipulates the Hajj fare, allots numbers to respective  states, screen the Airliners among other activities. Some of the grievances hitherto expressed  against the commission include;

Firstly, the smallness of travelling allowances given to the pilgrims based on the categories at Mecca. Secondly,  the Airliners contracted to airlift the intending pilgrims were occasionally substandard. Thirdly, direct seizure and non proportionate re - allocation of the unsold seats of some southern states which are mostly realised from their quota. Fourthly, no significant provision for enlightenment or publicity as it relates to publication for the use of intending pilgrims, fifthly, disregard to tens of thousands applicants losing seats annually whose destiny might be changed on proper consultation with Saudi kingdom and sixthly, the sharp communication gap between the commission and the states pilgrims welfare boards resulting into disarray and misplacement of priorities.

However, the commission could be exonerated from some blames. For example, the problem capacity, the Saudi's slashed the total number of pilgrims across the world in 2013 for what it described as capacity expansion project. But looking our numeric strength, even the initial quota was grossly inadequate. The total number of this year's is 76,000= including the allotted 10,000= for international!

The issue of substandard airliners is said to be handled by the Saudi authorities as well. But why can't NAHCON try some highly reputed airliners that can give more comfortable and affordable services from Iran or Saudi Arabia? When an Iranian company  was engaged some years ago, the service provided was very satisfactory.

The performance of states pilgrims welfare boards on the other hand differs from one to another. They are generally tasked with the responsibilities covering the workshop, screening, evaluation and public relations at their levels. The workshop popularly referred to as Bita is meant to educate and enlighten the intending pilgrims on both social and spiritual aspects of the rite here and at the holy land. In Kano for example, it is organised on two capacities. Firstly, on weekly basis, fourty days to Ramadhan. And daily after Eid el - Fitr, to operational flag off each year.

Pieces Of Advice:
In addition to the points raised above, the following must be taken into consideration by all intending pilgrims:

1. Sincerity Of Purpose: For the intending pilgrim to attain HAJJUM MABROUR, the accepted of successful hajj, that makes him or her sinless like the day he or she was born, then  he or she must have sincerity of purpose. This means to embark on the worship solely for the sake of Allah not any other reason at all as the above verse indicated!

2. Legal Means: Whoever wishes to have an accepted hajj, he or she must make sure that his or  her earning is legal. Not something earned through corruption, oppression or any other prohibited means as Allah does not accept except that is sacred.

3. Discipline: The issue of culture and discipline are very paramount not exclusively for Hajj alone but in our entire socio - economic endeavors. The way many pilgrims conduct themselves at various location in the holy land is very unfortunate. Some engage in different forms of indecency and immoral behaviors that make their Hajj vulnerable.

It is imperative to commend the efforts of some pilgrims from Kano who were honored with awards for excelling in Qur'anic recitation competitions at the holy Kaaba, just as the State pilgrims Welfare Board was honored last two years on Environmental cleanliness!

4. Workshop: With workshop here, we refer to the popular BITA. The intending pilgrims must be serious about it because knowledge is what qualifies all forms of worship. And all worships are governed by rules and regulations.  It is very unfortunate that many do not know the philosophy behind the worship!

Pilgrimage as advocated by prophet Ibrahim has clear meaning and purpose as in this verse. “And an announcement from Allah and His messenger, to the people (assembled) on the day of the great pilgrimage that Allah and His messenger dissolve (treaty) obligations with the pagans. If, then ye repent, it were best for you; but if ye turn away, know ye that ye cannot frustrate Allah, and proclaim a grievous chastisement to those who reject faith. Q9:3

In a similar protest the late Imam Khomeini said “O you Muslims who are busy praying by the house of Allah! Pray for the success of those who are standing up to America and other superpowers”

5. Institutionalizing Hajj Rite
There is need to institutionalize hajj rite beyond the periodic workshop as going concern for the improvement of the rite in its entirety. To achieve this however all stakeholders should put hands on deck for overall achievement.

While performing the great ritual, the pilgrims should ideally review the social and political problems of Muslim world with view to solving them. Beside the spiritual aspect,  most important lessons of Hajj is brotherhood and unity Allah states  “The Unbelievers are protectors, One of another; Unless ye do this, (protect each other), There would be Tumult and oppression On earth, and great mischief. Q8:73

Therefore, unlike, the way millions of Muslims just meet and disperse with increasing problems engulfing their states, pilgrimage is full of socio - political strategies that could be used to solve the predicament of the Ummah as a whole.

(Yusuf Is A Member Of The Islamic Movement In Nigeria)
Posted by PublicInformationProjects at 20:42