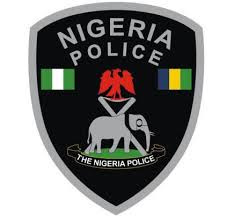 Few weeks after raising the alarm over alleged premeditated attacks by a combined team of security agencies, including NDLEA  police and Soldiers, on innocent bystanders at Ariaria International Market in Aba, Abia State and repeated Calls by several quarters for investigation to ascertain the perpetrators of the heinous Crime.

In the letter, With Reference No AHRPDG/ADMIN/NHRM/001/002 Dated Monday 10th August 2015 Addressed to the National Chairman of the Human Rights Commission Abuja and Copies sent to the Affected above institutions. The Group threatened to take the matter to the United Nations Human Rights Council, Amnesty International and the International Criminal Court in The Hague in Netherlands if after one week the killers of the innocent traders are not fish out and make to face the consequences of their Actions.

Addressing a press conference in Aba,Abia State, The spokespersons of the Group  Comrade Nelson Nnanna Nwafor and Comrade Innocent Anozie Nwokocha  described the alleged attacks on unarmed traders as reprehensible and despicable. It asserted that the NDLEA officers and other security officers involved in the heinous crime breach the provision of the Firearms Acts by shot sporadically in the busy international Market without considering the lives of millions of traders .The Group is worried over the increasing trend of extra judicial killings by the security Agencies who are supposed to protect the state.
THE Commander, National Drug Law Enforcement Agency, NDLEA, Abia State Command, Bamidele Akingbade, has said that the command was investigating its men to know who killed unarmed Ariaria shoemakers in Aba last one week Friday.

Despite the incident which so many eye witness saw and testify that it’s the officers(NDLEA) that shot the man, yet the men of  NDLEA are still lamenting that they did not shoot sporadically, that they shot at the air in-older to scare the people away.

While addressing newsmen on the issue, Mr. Akimgbade, who is the commander of National Drug Law Enforcement Agency, said his men, who took part in the operation, had gone to the police to record their statements, adding that the command was willing to find out what happened in order to stop future occurrences.

He said “We do not know who killed the man whose body was reportedly taken to the police station. That is why the investigation is on going.

“We are collaborating with the police and the officers that went for the operation so that we can find out when exactly the person was shot and with what type of gun and which type of bullet.”
Akimgbade also explain why he delayed commenting on the saga because he needed to get clearance from the command’s head office in Abuja

He said “We had in information that one Martin Luther King, a former BAKASSI member, a known drug baron in Aba, was among the people that attacked our officers last year at Isiala-Ngwa, where three of our members were seriously injured, to the extent that they had to be flown abroad through the intervention of the former governor, Theodore Orji.

When we got this information that he is in a place called Black Kingdom in Ariaria, our office mobilized to seize the drug that they claimed he brought to Black Kingdom, and also affect his arrest.”

Meanwhile Akingbade revealed that the officers told him that Martin Luther King brought out a gun when he saw them and started firing at them as they moved towards him, the firing caused them to release their own bullets of which they did not who shot the bullet that killed those men.

The Human Rights Defenders Accused both the NDLEA and Police Officers in the complicity that lead to the death of three persons and scores of other traders who sustained varying degrees of injuries as a result of the shooting and are been hospitalized in various locations in Aba.We are not in war situation that the law enforcement agencies should come to the busy market and starting shooting indiscriminating under the guise of searching for Hard drug peddlers. Human Life is wasted, this is very sad; this is a case of murder and extra judicial killings which is serious Criminal offence that must not be swept under the carpet, and those involved in this Dastardly Act must not go unpunished which will serve as a deterrent to others.

We call on the Federal House member representing Aba North/South and Senator representing Abia South senatorial Zone who this incident happen in the Area they are representing  to take this matter to the National Assembly  public petitions committee to look into the matter and bring to book the perpetrators of this Act.