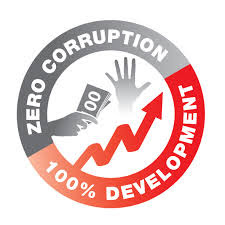 Crimes globally are divided into two major categories of “mala inse” (crimes with global application such as murder, armed robbery and rape) and “mala prohibita” (crimes defined differently by different countries such as adultery and some categories of white-collar crimes). “Corruption” as a crime appears to fall under “mala inse” because of its global reprehension leading to the adoption of the United Natios’ Convention against Corruption (UNCAC) by the member-States of the United Nations including Nigeria in 2003. The UN Anti-Corruption Convention entered into force on 14th December 2005 with 176 signatories and 140 full State-Parties. Nigeria signed it on 3rd December 2003 and ratified it on 14th December 2004.


“Corruption”, globally is a complex social, political and economic phenomenon that evades a universally accepted definition. It involves misconducts in public and private sectors for the purpose of obtaining material and non material illicit gains or favors. To be punishable, it must pass through the process of criminalization by a written and known criminal law. Corruption, on its own, cannot constitute crime or an offense, except aided by its agents such as bribery, fraud, kickbacks, extortion and embezzlement. The general invisible crimes are called “white-collar crimes”, which corruption is an integral part of. “Invisible crimes” are so called because of difficulties in detecting them. They are very common in “white-collar” society or civil service or pen-culture society, dominated by government and corporate entities. The opposite of “white-collar crimes” are “blue-collar crimes” or “street crimes” (stealing, robbery, auto theft, burglary, youth crimes, etc), usually common in “blue-collar society” or commercial areas. To Prof Edwin Sutherland (1949) of the Chicago Criminological School, “white-collar crime” is a crime committed by a person of respectability and high social status in the course of his or her occupation. It arises from fraud, embezzlement, (computer crime), bribery, insider trading, kick-backs, contract inflation, over-invoicing, identity theft, forgery, etc. The concept of white-collar crimes was popularized by Prof Sutherland in 1949.

Recognizing hefty challenges and difficulties associated with detection and punishment of crime of corruption, the United Nations strongly recommended “Prevention” as the most effective approach at curbing it. The United Nations Convention against Corruption (UNCAC) strongly recommended as follow: Corruption can be prosecuted after the fact, but first and foremost, it requires prevention. An entire chapter of the Convention is dedicated to prevention, with measures directed at both the public and private sectors. These include model preventive policies, such as the establishment of anticorruption bodies and enhanced transparency in the financing of election campaigns and political parties. States must endeavour to ensure that their public services are subject to safeguards that promote efficiency, transparency and recruitment based on merit. Once recruited, public servants should be subject to codes of conduct, requirements for financial and other disclosures, and appropriate disciplinary measures. Transparency and accountability in matters of public finance must also be promoted, and specific requirements are established for the prevention of corruption, in the particularly critical areas of the public sector, such as the judiciary and public procurement. Those who use public services must expect a high standard of conduct from their public servants.

Preventing public corruption also requires an effort from all members of society at large. For these reasons, the Convention calls on countries to promote actively the involvement of non-governmental and community-based organizations, as well as other elements of civil society, and to raise public awareness of corruption and what can be done about it. Article 5 of the Convention enjoins each State Party to establish and promote effective practices aimed at the prevention of corruption. The UNCAC also recommended domestic criminalization of agents of corruption, international cooperation, technical cooperation and information exchange among Member-States.

We had in the first part of this all-important public statement condemned the corruption and bastardization of anti corruption policies by successive governments in Nigeria. To prevent and fight corruption, hands and characters of the country’s political office holders must be remotely and immediately clean and upright. Unfortunately, the present government in Nigeria has in its political camp dominated by “captains of corruption” and it is immorally capable to rid the country of the scourge of corruption. The general aim of our publication is to open the eyes of Nigerians and expose attempts by the present government to take them for granted using anti corruption mantra. The statement is also aimed at opening the eyes of ordinary Nigerians and their political leaders alike  to the effect that “corruption” has several dimensions and agents or triggers.

Dimensions Of Corruption: Corruption is simply defined as the abuse of bestowed power or position for the purpose of acquiring personal gain or benefit. Corruption includes many agents such as bribery, embezzlement, manipulation of electoral process and abuse of office. Government or Political Corruption: This occurs when a public office holder or other government employees act reprehensively in an official capacity for personal or material gain. It is also official misuse of powers or public resources for personal gain.

Bribery: A payment given personally to a public officer or official in exchange of his or her use of official power. Bribery requires two participants (active and passive bribery): one to give the bribe and one to take it. Civil Extortion:  A process whereby someone feels indebted against his or her will to another in order to receive an essential service or avoid legal consequences arising from a conduct unknown to law.  Criminal Extortion (also called shakedown, outwrestling, and exaction) is a criminal offense of obtaining money, property, or services from a person, entity, or institution, through coercion.

Embezzlement: Outright theft of entrusted funds by corporate and government officials. Forgery: Process of making, adapting or imitating objects, statistics or documents with intent to deceive. Kickback: It is an official’s share of misappropriated funds allocated from his or her organization to another organization involved in corrupt bidding.

Others are: Tax Evasion: Efforts by individuals, firms, trusts and other entities to evade payment of tax by illegal means. Tax Avoidance: Illegal utilization of the tax regime to one’s own advantage to reduce the amount of tax that is payable by means that are within the law. Confidence Trickery: This is also called different names such as “419” or “advance fee fraud”. It is an attempt to or defrauding of a person or group by gaining their confidence through exploitation of human characteristics such as dishonesty and greed. The victim is known as the mark while the trickster is called confidence man or conman or con artist or confidence trickster.

False Pretense:  This is any representation made by words, writing, or conduct, of a matter of fact, either past or present, which representation is false in fact, and which the person making it knows to be or does not believe to be true. Patronage: Undue favors given to supporters of government officials. Nepotism/Cronyism: Illegitimate act of favoring relatives and personal friends of government officials.
Approaching Anti-Corruption With Dirty Hands & Institutional Bottlenecks:

From the foregoing analysis, which originated from the first part of this publication of ours (Intersociety), the Government of President Muhammadu Buhari will go the same, if not the worse way its predecessors did in the so called “fight against corruption”. It is not that corruption is uncontrollable in Nigeria, but those controlling it are “meta-corrupt” and grossly incompetent to nip it in the bud. Again, corruption in the country goes scientific day in day out. For instance, Nigeria’s corruption has now given birth to twin (lawful and unlawful corruption). Lawful corruption is also called “codified corruption”, such as billions of naira worth of cash and properties siphoned or acquired through legislated means under the guise of “allowances”, “overheads” and “monetization policy”. Unlawful corruption is illegal cornering of public resources and properties by public office holders and their cronies. At the center of these two monsters is “morality corruption” or lack of decency and character impeccability among most of Nigeria’s public office holders including many, if not most members of the present administration.

For instance, apart from the blatant refusal of the duo of President Muhammadu Buhari and Vice President Yomi Osibanjo to make their assets declarations public as equity seekers with clean hands, circumstantial perceptions in most social quarters indicate that most of those peopling the federally ruling APC are all living in criminal opulence and far above their legitimate incomes. They include those who governed Lagos and Rivers States at one time or the other.

Some of them were private legal practitioners before their appointments or elections into public offices. Others worked in some oil, gas and non oil and gas multi-national companies. Today, they are richer than companies that they worked for. How did they acquire the circumstantially evidenced multi-billion naira properties scattered at every nook and cranny in Nigeria and beyond the shores of the country? Yet, there are continual deafened noises about fighting corruption. It is a settled maxim in the world of science that “something can never be generated from nothing”. Which is why we held that “those claiming to be fighting corruption in Nigeria must first approach equity with clean hands or stop confusing and misleading Nigerians and members of the international community”.

There are serious challenges associated with the country’s social public institutions including criminal justice institutions and policies. For instance, what is the rationale behind sentencing a house breaker and stealer of a television to seven years imprisonment or more, whereas an embezzler of public funds amounting to N5billion or more is sentenced to two years imprisonment with sentencing luxuries?  Why should Nigeria’s criminal codes still treating white-collar crimes including corruption as misdemeanor offenses, which on conviction, carry maximum of three years imprisonment with or without plea bargaining?

We challenge President Muhammadu Buhari and Vice President, Yomi Osibanjo to show Nigerians and members of the international community “how clean they are warranting their quest for equity, probity and accountability” by parroting “fight against corruption”. They are called upon to not only make their assets declarations public, on moral grounds, but also to send a bill to the National Assembly for the amendment of the Code of Conduct Establishment Act of the Federation 2004 to provide for public declaration of assets by all public office holders in Nigeria. All manifestations of “political corruption” and “morality corruption” rearing their ugly heads in the present administration including abuse of office and constitutional infractions must be discontinued.

The ICPC Act and the EFCC Act as well as related anti graft enactments in the country should as well be thoroughly overhauled legislatively. Acts of the National Assembly and Laws of the States providing for outrageous life remuneration packages including luxury houses in luxury places for serving and former public office holders should be repealed. Outrageous allowances and overheads for public office holders including “security votes” should drastically be reviewed and cut down by 60%.

All past and serving APC,  PDP, APGA and Labor Party public office holders including presidential, gubernatorial, ministerial, commissionership occupants, and heads of boards and other government top bodies etc should be put under intelligence surveillance with respect to their moveable and immoveable properties and comparisons drawn using their previous and present assets declaration forms. Those found wanting should be prosecuted in fair trials and their illicit properties recovered.

For us at Intersociety, these, if dispassionately done, will mark the real beginning of genuine fight against corruption in Nigeria.