News Release: US Embassy-Intersociety Meeting: A Call For New Generation Of Political Leaders For Nigeria 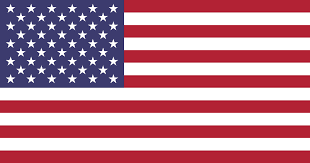 The leadership of International Society for Civil Liberties & the Rule of Law (Intersociety) yesterday  (24th day of August 2015), played host to top officials of  Political & Economic Section of the Consulate of the United States Embassy in Nigeria at its Onitsha office. The three-person team was led by Head of Political/Economic Section of the Embassy, Mr. Thomas Hines. Other members of the team are Ms Danielle J. Grigsby, Political/Economic Assistant and Ms Mary-Anne A. Onwuchekwa (Protocol Assistant). Our organization had earlier on 18th June 2015, met with the three-man delegation from Political Section of the British High Commission (UK) in Nigeria. The team was led by Political Chancellor of the High Commission, Mr. Liewelyne-Jones, accompanied by Mr. Edward Dunn (Political Secretary) and Mr. Osaro Odemwingie (Senior Political Adviser). Delegations from the Canadian High Commission and the European Union had also met with Intersociety in Onitsha and Awka in recent past.


The delegation of the United States Embassy was received by Board Chair of Intersociety, Mr. Emeka Umeagbalasi and the secretariat staff.  The meeting, which lasted for an hour and a half was extensive and brainstorming and political, social and economic issues of national and local (State) importance were discussed.  Its highlight was exchange of gifts and group photograph with the Intersociety’s Board Chairman.  While extremely important issues discussed were kept sealed, one striking aspect of the discussion warranting public knowledge is the need for identifying and grooming of future political leaders for Nigeria. In the opinion of Intersociety, strongly presented in the meeting, the Nigerian political leadership as presently constituted, has continued to recycle “old wine in new bottle” and “old wine in old bottle”, leading to the country crawling chronically and lagging far behind the likes of Singapore, Taiwan, South Korea, Malaysia, India, Indonesia and members of the Gulf Cooperation Council (i.e. Oman, Kuwait, Saudi Arabia, Qatar, and United Arab Emirates-UAE).

The countries above mentioned were largely poorer and politically unstable than Nigeria in the late sixties and seventies. Comparatively speaking, Nigeria had higher gross national products (GNP) than most of them during the referenced periods. Saudi Arabia and UAE, for instance, were deserts in the sixties. Today, they have been transformed beyond any imagination and parade the world’s first class cities and economies. Also, China’s great transformation from its 1970s near hunger state to mega rich status in 2000s is a clear case in point and a typical example of a modern State governed by ambitious, thinkable and visionary political leadership. This is a direct opposite of the situation in Nigeria where political governance is chronically reserved for crooks, religious zealots and “thinkable beings” with sub-human quotients.

The international community particularly the USA, EU, Canada, Australia, Japan, India and China, is called upon to show its true love for over 170 million suffering  Nigerians by assisting them in identifying and grooming  future leaders for the country so as to move the country away from its chronic doldrums to prosperous and united Nigeria. In the course of our various social investigations, we have steadily come to a conclusion that visionary political leadership embedded in selflessness and sacrifice always brings about pluralistic coexistence in a pluralistic society like Nigeria, leading to social integration and stability, which in turn, snowballs into economic buoyancy and prosperity.

This was the case with China under Mr. Deng Xioamping leading to present economic paradise under the current presidency of Mr. Xi Jinping (a product of USA young political leaders’ studentship of 1970s). When an economic prosperity and a statesman are in charge of a country, “one nation, one destiny” automatically becomes the common slogan. But when a country is governed by looters and primitive wealth accumulators, who chronically hide under ethno-religious clannishness or primordialism; discordant tunes and quest for “independent statehood within and without borders” become the “good morning salutation” of the political leaders by angered and socially impoverished ethno-religious nationalities.

In China, agitations for fragmentation are steadily dwindling owing to sharp rise in economic prosperity and social services. In India, similar agitations are gradually cooling off. In USA, during the economic meltdown, agitations for fragmentation increased. In former Soviet Union, political instability powered by economic poverty gave room for fragmentation, resulting to emergence of 15 countries. In former East Germany, poor economy majorly forced it to unite with the West Germany. In North Korea, agitations have risen to an apogee among its citizens to re-unite with its South Korean counterpart owing to the latter’s great economic recovery and transformation. Other instances are too many to mention.

Following the foregoing, therefore, there is mandatory need for Nigeria and Nigerians to be given a new crop of humanist political leaders with resultant emergence of statesmen and women capable of wriggling the country out of its present “state of no return” status before the comity of nations. As it stands now, the country is hard hit by two viruses of ethno-religious primordialism and kleptomania. The country’s media is bought with ill-gotten wealth, corrupted and bastardized. The mainstream rights based Civil Society groups domiciled in Lagos and Abuja sections of the country are related to “consultancy and executive activism”, abandoning the masses and dinning and winning with the same social termites called “political class”. The judiciary is now the worst, overtaking the Nigeria Police Force as Nigeria’s most corrupt institution.  Judicial graft envelopes are now domiciled in dollar, pound or euro currencies and facilitated through a third-party called “campus cultists” in hotel rooms. The young educated Nigerians now see kleptomaniac politicians as their role models and struggle for a space in political corridors to steal and plunder. Nigeria is indeed, at crossroads!

Totality of these requires radical re-orientation of Nigerians and production of new thinkable, selfless, conscientious and visionary set of political leaders for Nigeria. It is also factually and scientifically established that the referenced members of the international community spend more in humanitarian aides when a country is in economic and political crises than in political and economic stability, recovery and prosperity. In the latter, they spend less and earn more through direct foreign investments and other industrial products and machinery exchanges.

On our part, we shall continue without cessation, to do our very best towards building a proud and socially habitable and economically prosperous country called Nigeria or meta-Nigeria.