Article: Politics of Buhari’s Official Portrait; PDP Should Be Guided on How to Play Opposition 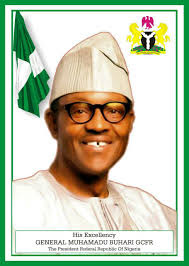 In my personal view and to be objective actually, I believe it is hard to overemphasize the role of the opposition in politics. But it seems that Nigerian political parties are going against each other having not the best interests of Nigerians at heart, but personal grudges and ego.


Understandably, Peoples Democratic Party, PDP might be said to be writhing in the pains of electoral trouncing, however All Progressives Congress, APC is also not totally alive to its ‘change’ mantra and values which were over publicized in the electioneering period.

Without much ado on this subject matter, I found nothing wrong with the position of PDP; it is an extension of the rights of the national leadership of the party refusing to hang the official portrait of President Mohammadu Buhari at it's national secretariat in Abuja.

Sticking to the position of the law with regards to the display of President's portrait, I submit that no law has been violated, as PDP or any other party are not bound by any law to display portrait in their building, and as a matter of fact, party secretariat could not be considered to be a public or official building or institution under Federal Government of Nigeria.

More profoundly, it would be uncharitable for anyone to say that the office of the President had been denigrated by this action. PDP however should not make issue out this as there are issues of more concerns that need attention.

Retrospectively, PDP had been in power since 1999 when the country returned to democratic rule, and was ousted in the 2015 general elections. Prior to this time, the party had always hung portraits of all the Presidents at the party’s reception area as well as the National Executive Committee and National Working Committee halls within the secretariat.

Fair enough, few days ago, PDP publicity secretary, Chief Olisa Metuh defended his party’s action vigorously, saying rather than criticize it for not displaying the incumbent president’s official portrait in its offices, the APC should be asked if it ever hung the immediate past president’s portrait in its own offices before the March 28 presidential election.

I have once talked about PDP as a party lacking the capacity to play the role of opposition meritoriously. This opinion was accordingly published in the media including Thisday newspaper on April 27, 2015, with the headline, ''Ajulo: PDP Lacks Capacity to Play Role of Opposition''.

For me, three things happened to PDP in the past. The first was complacency, the second was arrogance of power and the third was enthronement of impunity. And it was like, no, we are the ones there, nothing will happen, we can do whatever we like.

Those were the three things that destroyed the party and brought the party, PDP to its kneels completely, by now I guess they ought to have learnt their lessons and retrace their steps even as opposition party.

As it is, opposition parties particularly PDP is expected to play the role of vigilance on issues of Boko Haram which is now a well-known agent of destruction in Nigeria. Even a casual observer who doesn’t live in Nigeria has likely heard of Boko Haram’s 2014 kidnappings of hundreds of children mostly girls from schools and villages in northern Nigeria.

Moreover, the wanton killings of women, children and other vulnerable groups in Jos and other parts of North Central, Nigeria cannot be ignored. Cattle rustling are often used as excuse and reason given for the killings and majority of those involved in cattle rustling are the Fulanis themselves.

The nation is still battling with endemic corruption scourge, crimes and problems of public safety, unemployment. Others are problems in Nigeria's educational system and Universities, these should be of major concern to any political parties that wanted to be taken serious.

Infrastructure deficit, environmental and public health issues, gender inequality etc. The likes of Olisa Metuh and those who think like him should concentrate on dissipating their energy on topical issues that can drive prosperity and development of Nigeria particularly those that have direct bearing with the generality of Nigerian populace.