News Release: APC In Collaboration With Security Agencies To Present Another Round Of Fake Witnesses At Rivers Governorship Election Tribunal. 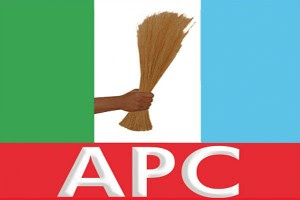 The Rivers Renaissance Forum (RRF) has uncovered a plot by the Rivers State chapter of the All Progressives Congress, APC and its governorship candidate, Mr. Dakuku Peterside to present some bribed security agents as witnesses in the ongoing election petition tribunal where the APC is challenging the victory of Governor Nyesom Wike as the Governor of Rivers State.


In their latest desperate move aimed at truncating the cause of Justice at the tribunal, the APC and its candidate have concluded plans to use some personnel of the Department  of State Services DSS, men of the Nigeria Police and some lawyers as fake witnesses. In a meeting held at Royal Apartments, Area 1 extension, Garki Abuja on Saturday 12th September, 2015, these men were gather for tutoring on how to bear false witness before their Lordships sitting on the matter at the election tribunal.

Under this latest plan, five Policemen, two DSS Personnel and four Lawyers of the APC were assigned with various lies to be told before the tribunal in the coming days. During the said meeting, one of the person in attendance who was not comfortable with the process had voice recording of the plans and this will be made public in due course to expose the evil plan against the people of Rivers State.

With this, we thus put the Nigeria Bar Association and Judicial Service Commission on notice to be vigilant and be prepared to take disciplinary actions on the lawyers involved. By this, their will be the needed sanity within the law practitioners and repose of confidence in them as well.

This alarm becomes imperative considering the desperation of the APC to unlawfully manipulate the judicial process with the intent of hijacking the mandate freely given by the good people of Rivers State to Goveronr Nyesom Wike during the last governorship election in the State.

As we have always done, we hereby want to call on President Muhammadu Buhari to call the actors in the Rivers APC to order and prevent this latest attempt to corrupt the judicial process and manipulate the rule of law.

The people of Rivers have spoken and we believe that the judiciary without undue interference will serve justice to all parties in the election dispute and any attempt therefore to allow the legitimate process will be resisted by the good people of our dear State.

We shall not be discouraged.