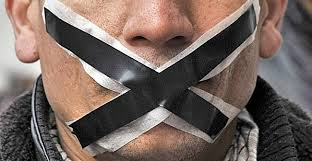 The Youths for Human Rights Protection and Transparency Initiative (YARPTI) totally condemns the arrest and detention of two Nigerian Bloggers: Seun Oloketuyi and Chris Nwandu and demands their immediate and unconditional release. Chris Nwandu is the owner of the popular online news medium, CKN while Oloketuyi owns Naijahottestgist.


Oloketuyi was on August 25, 2015 arraigned on two counts for allegedly publishing defamatory story on his blog, naijahottestgist against the Chief Executive Officer of Fidelity Bank Plc, Nnamdi Okonkwo. He was accused of publishing on his blog that Okonkwo had an extramarital affair with one Justina, a married woman working in the Marketing Department of Fidelity Bank. Nwandu, was arraigned by the police for allegedly posting on his facebook page the story published by Oloketuyi.

Justice Mohammed Yunusa of a Federal High Court in Lagos denied them bail and ordered them to be remanded in prison custody .YARPTI is aware that Chris Nwandu has recently been criticizing the government of President Muhammadu Buhari over his recent political appointments and some government policies via FACEBOOK and has been warned to desist from that or face the music and we see the arrest and detention of these bloggers as President Buhari’s move to clampdown on freedom of speech in Nigeria. We are aware of the president’s record of deep-seated zero tolerance to any opposition to his actions or inactions. We believe that the government is hiding behind the Nnamdi Okonkwo’s issue to get back at Nwandu and co.

YARPTI is against anyone publishing falsehood against anybody . Doing that amounts to libel/ defamation. We are aware that in Nigeria any person who publishes any defamatory matter is guilty of a misdemeanour and is liable to imprisonment for one year, and any person who publishes any defamatory matter knowing it to be false is liable to imprisonment for two, three to ten years imprisonment or a fine ranging from three to twenty five million Naira. But it must be proved that he knew it to be false and that it was published with something called actual malice. Actual malice means that the story was published with the knowledge that it was false or that the story was published with reckless disregard of whether or not it was false. Defamation in Nigeria is also bail able .

If we silence an opinion, for all we know we are silencing the truth, a wrong opinion may contain a grain of truth which will lead to finding the whole truth. YARPTI is calling on Nigerians to resist the government of Nigeria turning the judiciary and the DSS to instrument of repression and intimidation of any opposition views. Freedom is the right or ability to think, act, speak or write without interference. Press freedom is the ability of the mass media to operate without the interference of the government. No one should drag Nigeria back to the era of military jackboot absolutism with its associated abuse of the fundamental rights of people to freedom of expression, among others.

If the government of Nigeria starts using the court to shut people up in a democracy where is the hope for the common man. The detention of the 2 bloggers in Nigeria is a bad omen of what awaits those who criticize the present  government in Nigeria and we say NO to any form of civilian dictatorship .

For over a decade, the Nigerian working people and youths had struggled against military dictatorship and for return to civil rule. Thousands of working class people and labour, youth and pro-democracy activists were subject to arbitrary arrests, detention without trial, torture and killing for fighting for an end to military rule.

Millions of Nigerians had supported the struggle against the military in the expectation that an end to military rule will bring about an end to mass poverty, declining living standards, huge unemployment, massive corruption and wanton violations of democratic rights which characterised military dictatorship. It was hoped that civil rule would result in improved living conditions, availability of jobs, a reduction in crimes and corruption and respect for democratic rights.

But so many years in this civil rule, these expectations and hope of the masses have remained largely unfulfilled. Economically, politically and socially, the country has either remained stagnant or the situation has become worse. The manufacturing sector remains in a state of comatose. Problems of fuel shortage and electric power cuts are in the open.

The living standards of the working masses have also been further wrecked by the policies of privatisation of public assets, commercialisation of social services, retrenchment of workers, non payment of salaries, non payment of pension and other anti-poor neo-liberal capitalist economic policies. Buhari should go to work . Free Seun Oloketuyi and Chris Nwandu now !!! Please share this message. Dare to struggle!! Dare to win!!