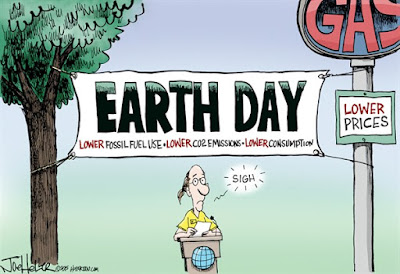 Report By A Citizen Reporter


The women numbering over 120, including participants at an ongoing one-week regional exchange and strategy meeting with the theme, ‘‘African Women Uniting for Energy, Food and Climate Change’’ marched from the city center, Lagos Bus stop to the Government House where they handed in their demand for respect for the environment by the big corporations whose extractive activities have resulted in climate change.

The women sang songs of unity and rejection of environmental degradation lamenting that years of extractive activities in the varied African countries have further impoverished community people especially women in addition to exposing them to other harsh consequences while enriching the very few  multinational corporation owners who the African leaders find too powerful  to respect global good practices.

While they waited to be attended to at the Rivers State Government House gate premise, Emem Okon, executive director Kebetkache Women Resource and Development Center, host of the Womin Trust Alliance meeting, explained that the march is in commemoration of the global day of action for environmental justice made particularly important because the UN Assembly is meeting to adopt the Sustainable Development Goals that woul

African Women Strategise For Global Justice In Nigeria
A five-day regional exchange and strategy meeting opened in Port Harcourt the Rivers state capital Monday with participants drawn from all parts of Africa to deliberate on the negative impacts of fossil fuel, coal and extraction which mostly affects women in the continent.

Held at the Beverly Hills Hotels, GRA, Port Harcourt, Rivers state Nigeria, the regional meeting which has as its theme,  ‘‘African Women Uniting for Energy, Food and Climate Justice  with a focus on ‘Fossil Fuel,  Energy, Climate Justice and Women’s Rights  was organized by WOMIN in partnership with Kebetkache Women Development and Resource Centre, and funded by   Health of Mother Earth Foundation, MODEF, Environmental Rights Action, ERA, Africa groups of Sweden,     CCFD Terre Solidaire, Drekonigsaktion, among others.

Declaring the meeting open, the executive director  of Kebetkache  ‘‘offers a platform for women leaders supported by activists from NGO/ support organizations to deepen their knowledge about the fossil fuels industry globally- its history power and influence; the impact of fossil fuels extraction and combustion and the associated climate change  read through a political economy and transformative women’s rights perspective’’.

The meeting she said will also examine the development alternatives from an eco-  feminist structural change perspective, agree on a longer term collaboration through a women-led regional campaign addressing fossil fuel, climate justice, energy and women’s rights and conclude with some key activities to start building the campaign over the next three years.

With about 30 women drawn from Malawi, Ghana, Kenya, Zimbabwe, South Africa, Uganda, Democratic Republic of Congo and the United States of America joining 30 sister Nigerians in the Womin programme, Okon said the union will also provide opportunity for Nigerian women to share their analysis and recommendations with Nigerian policy makers.

Said she, ‘‘Our region and its women are the most vulnerable and hence must be the ones that lead the struggle and posit the necessary solutions.”

The call for climate justice recognizes that it is the people on ground, who, through their mobilization, their demands and their solutions hold the only hope for the planet which represents a significant rationale for a Womin focus on fossil fuels, energy and climate justice.

Delivering the opening paper titled, ‘Nigeria National Political Economy and Energy Struggles’ , Dr Fidelis Allen of the Centre for Ethics, Gender and Women Development,  University of Port Harcourt said the oil industries have contributed about 70 per cent of the green house emission in the atmosphere contributing to climate change.

Women he said he was happy women have gathered to address climate justice because they constitute the most vulnerable group in the environment chain as he stressed that climate change is most prevalent in the Niger Delta.

Challenging rural women to action, Dr Allen said when women calculate their problems they will become more active in the struggle against climate change.

Although he said political factors interfere with issues of climate justice, the university don said when women become more active in demanding for environmental rights, justice, men will support them.

‘‘When rural women are able to articulate their problems in relation to climate change, there will be a stronger movement for climate justice. Women are responding but the globalization of climate justice movement will inspire more women in this part of the world. This link between the global and local women will help cement and establish better, a gendered climate justice not only in Nigeria but Africa and the world. ’’

He identified the challenge before the Nigerian government  as its heavy dependence on natural resources, the basis of the struggle by politicians for political office to gain access to the oil revenue.

Womin regional director, Samantha Hargreaves said the destructive nature of extraction of fossil fuel, coal, uranium and other minerals and the fact that the poor, mainly blacks and women are the burden bearers demands a shift towards renewable energy but one that would be women-driven to avoid the usual hijack by the few powerful individuals and corporate bodies.

Representatives of the participating countries took turns making solidarity statements calling for respect for mother earth before a crowd of journalists who covered the event.
Posted by PublicInformationProjects at 23:55