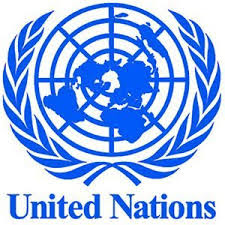 September 2015 marked the 70th Anniversary of the United Nations. The UN was formed following the Atlantic Charter of 1941 and the Yelta Conference of 1945. The UN Charter was later proclaimed on 26th June 1945, after which the month of September of every year was set aside to mark the birth of the world’s Confederated Body. The United Nations has its origin traced to the Roman Empire, destroyed by its 30 years civil war of 1618-1648. The Roman Empire was replaced by the Holy Alliance, which ended in 1818 and was replaced by the Concert of Europe that lasted till 1919 when the League of Nations was formed, courtesy of Woodrow Wilson’s Four Solutions strategy to ensure world peace and security, which included human rights. The League of Nations collapsed in 1945 leading to the formation of the United Nations same year. The League of Nations was formally wound up in 1946.


The major aim of the United Nations is to ensure world peace and security and the two greatest achievements of the International World Body are prevention of another world war and drastic reduction in inter-State warfare courtesy of the collapse of the Soviet bloc and cold-war in 1989 (dismantling of Berlin Wall) and 1991 (collapse of the Soviet Union & its radical Marxist-Leninist political ideology). These great achievements are solely responsible for the continued survival of the United Nations leading to its recent 70th birthday.

However, the greatest threat facing the United Nations that is steadily threatening its existence and global relevance and importance is the emergence in early 90s of intra-State warfare or violent conflicts within and without borders. Presently, there are 64 active intra-State conflicts raging around the world involving 591 internal armed groups (warsintheworld.com November 2014) in over 60, out of 193 Member-States of the United Nations; mostly in Africa and Middle East, which include some former members of the defunct Soviet Union or the Union of Soviet Socialist Republics, founded on 30th December 1922 and dissolved on 26th December 1991. Of this number, about 27 or more African countries are affected out of its 53 Member-States (AU); involving 167 internal armed groups or armed opposition groups. The referenced 64 active intra-State violent conflicts have also produced 59.4 million refugees around the world as at 2014 (United Nations High Commission for Refugees Report 18th June 2015).

One of the intra-State violent conflicts threatening not only world peace, but also showing imminence of the third world war is the Syrian violent conflict that started in March 2011 over repressive and sit-tight governing styles of President Bashar al-Assad, who succeeded his late father, Hafez al-Assad in 2000, after his father had ruled Syria for 30 years (1970-2000). The violent conflict has claimed over 210,000 lives in a period of less than five years according to UN and the Syrian Observatory for Human Rights and displaced 7.6 million (IDPs) and produced 3.88 million refugees (UN High Commission for Refugees Report, 18th June 2015). The saddest of it all is that the violent conflict has no end in sight and is getting more complicated as days go by. All the elements of Agenda for Peace theory of 1992 of Dr. Boutros, Boutros Ghali (then UN Secretary General), designed for Peace Operations in conflict situations which include peace enforcement operation, peacekeeping, peacemaking, conflict prevention and peace-building, all appeared to have failed woefully in the management of the Syrian violent conflict.

The most shocking part of it all is the ongoing show of military muscles and power play by the world military super powers and their allies. What looks like resurgence of Soviet Socialist and Europe/US Capitalist military power game or gun power altercation are playing out in the devastated country (Syria). Already, millions of Syrian refugees have left and are still leaving Syria in droves or torrents; thereby over-stretching the social, economic and humanitarian capacities of their host countries including some members of former Western and Eastern Europe that had responded by earmarking billions of dollars to quarter them.

In the said Syrian violent conflict, all kinds of formal and informal warfare including terrorism (including chemical, biological and cyber terrorism), revolution, guerrilla, asymmetric, insurgency and stationary (artillery) warfare strategies have been massively deployed by all parties to the conflict. In all these, the weaknesses and incapacities of the United Nations particularly its Security Council; have become manifest. The UN Security Council is so divided and incoherent that it could not enforce peace and security in Syria using its powerful Articles Six and Seven given to it by the United Nations and its Charter.

Far above war of words between the West and the Russia and its allied China over Syria and its despotic Bashar Assad leadership, the Syrian airspace is increasingly congested and imminence of crash of warplanes, drones, helicopters, missiles and artillery between the two renewed antagonistic blocs is becoming a reality day in day out. Russia says it has successfully carried out 55 hits on ISIS targets; while USA said it has recorded 24 attacks on ISIS targets. The armed opposition groups have also disputed the Russian claims and claimed that Russia was hitting its camps for the purpose of crippling its advances against the despotic Assad regime. And if such claims are found to be true, then they have the capacity of igniting direct military confrontations between the two most powerful military blocs, which can snowball into “a third world war”.

Another clear trigger of a possible third world war stems from the amount of military traffic in the Syrian airspace, which can lead to war planes of either side being shot down by default or mischievous intents. Already, reports have it that some US war planes flying over Syria had to abandon targets and even bend sharply to avoid Russian jets. “In one terrifying close call, Lt Gen Charles Brown, Commander of the American air campaign in Syria, said US and Russian planes came within just 20 miles of each other – which, at the speeds they travel, is as little as 30 seconds from a disastrous impact” (UK Mirror Newspaper, 11th October 2015). All known heavy and light weapons of modern warfare except nuclear weapons, are also deployed and being used by all parties to the Syrian violent conflict.

While it is true that the United Nations has lasted 44 years more than the League of Nations (26 years), it is also true that failure to critically address frontal challenges facing it at 70 can also lead to its collapse at 70. Of all the challenges facing the United Nations that of restructuring is the greatest of all. Permanent membership of the Security Council and its numerical strength must be revisited, redefined and expanded. For instance, the number of permanent membership of the Security Council must be increased on the basis of equality of Member-States and Continent or Region with strict criteria for qualification and membership including improved human rights, economic, electoral or political, diplomatic and military records or capacities. The veto power system of the Security Council members must be abolished and replaced with simple or two thirds majority. The essence of the foregoing is to make the tasks of the Security Council as enshrined in Articles Six and Seven of the UN Charter easily enforceable in the event of escalation of hostilities such as the precarious situation in Syria.

There is also need for the UN to restructure its Establishment Charter and all its organs and agencies so as to bring them in conformity with modern realities including the ravaging effects of intra-State violent conflicts. To this end, the UN must set an international standard (Declaration) with respect to municipal electoral processes and tenures of office of elected presidents or prime ministers. Our findings have indisputably revealed that most of intra-State violent conflicts ravaging over 60 Member-States of UN are as a result of presence of personal and structural violence powered by extra constitutional or elongation of office tenures as well as institutionalization of politics of exclusion and segregation (structural imbalances). The standard must also be made diplomatically sanctionable including peace & security enforcement operations (i.e. human and material embargoes, sanctions and military options) against defiant or defaulting head of any Member-State of UN.

Finally, Intersociety is of firm opinion that there are ominous signs that third world war is in the offing unless the United Nations wakes up from its slumber and does that which is popularly and internationally upright, among which exhaustively mentioned above. The UN must avoid grave mistakes that led to the collapse of the League of Nations in 1945. The antagonist and protagonist parties in the Syrian violent conflict particularly the Russia and China on one part and US and key EU countries on the other part, must act with restraint and avoid plunging the world into an armada of intractable human tragedies using Syria as experimenting ground.