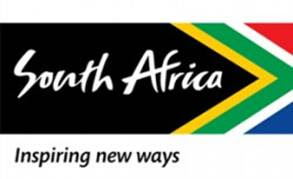 The Ibrahim Index of African Governance (IIAG) measures the quality of governance in 54 African countries on an annual basis by looking at four areas: Safety and Rule of Law, Participation and Human Rights, Sustainable Economic Opportunity and Human Development.  South Africa’s performance in each of these areas earns it the position of 7 (up from position 8 in 2014), 4, 2 and 6 respectively on the continent.

Countries in the SADC region have also performed well in the 2015 Index
Brand South Africa CEO Kingsley Makhubela (http://www.brandsouthafrica.com) said, “We welcome South Africa’s performance in the 2015 Ibrahim Index of African Governance particularly in areas where improvements have been noted.  The National Development Plan (NDP), together with various other instruments, will guide South Africa’s interventions to address other areas of concern including, amongst others, issues around personal safety.”

“South Africa commends countries in SADC, in particular, on their performance in the Index.  Although the 2015 IIAG indicates improved performance by countries on some indicators, we cannot under-estimate the urgency for the continent as a whole to implement Agenda 2063.”

“In this regard, we call on all South Africans in their different sectors to play their part in implementing the NDP which will be South Africa’s contribution to Agenda 2063.  Continuous improvements in the various pillars identified in the NDP will translate into better performance by South Africa in various indices that assess our competitiveness and attractiveness as an investment destination,” concluded Mr Makhubela.