Article: Attacks On Shi’a In Jos; Synopsis Of The Carnage 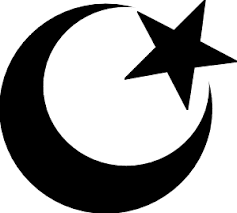 Over the years, a certain Izala scholar of the Kaduna faction named Ustaz Aliyu Aliyu, together with one Kabiru Cidawa in Jos have been advocating and agitating for attack and expulsion of the Shi’a from Gangare and Rikos towns in Jos. Kabiru Cidawa had also been posting on Facebook insults on the personality of Sayyed Ibraheem Zakzaky (H), as well as character assassination of the Shi’a. They therefore used the Ashura mourning session in the month of Muharram to actualize this the heinous agenda.

Kabiru Cidawa sent his two brothers (Sani Cidawa and Salisu Cidawa) to the residence of a Brother, Yahaya, attacked and brutality manhandled him. They dragged him to the Gangare police station, where they were informed they had no power to beat and arrest a person and hand him over to the police.

Another man called Dan Ali and his supporters also attacked another Brother, Nuhu Idris, when all inciting statements and abuses on him failed to provoke the brother. It took the intervention of the people to water down the havoc.

On Friday (23/10/2015), some Brothers and Sisters on their usual trek to Ashura mourning session for the past ten days at the Jos Markaz, supporters of the duo mastermind assailants, Dan Ali and Kabiru Cidawa, ambushed and attacked the Brothers and Sisters with dangerous weapons. Thirty-four people were injured with broken limbs, and still receiving medical attention in hospital.

On that fateful day, the assailants used the cover of the night and burnt and demolished houses of some Brothers in Gangare town, raided their shops and carted away the goods.

On Sunday (24/10/2015), they torched additional residence of a Brother, Malam Aliyu, after  demolishing a mosque where the Brothers pray.

Monday (26/10/2015), the assailants continued with their atrocity unhindered. They burnt the residence of Alhaji sabo Maigoro around 11: am. The mosque in the house where Brothers pray was not also spared. It was razed.

They also singled out Alhaji Sa'idu Al-mizan, attacked and dispersed his family, threw his belongings into a well. Neighbor resisted the attempt by the assailants to burn the house.

They went to the residence of Uncle Sani and attacked him, carted away his belongings and wreaked havoc.

At the residence of Malam Idris Muhammad, who oversees the activities of the Islamic Movement in the Gangare community, and set it on fire.

Below is the list of the injured during the spate of the attacks at different locations:

31)Muhammad sani
Posted by PublicInformationProjects at 11:03