Article: Before You Go! Where Is Our Money? 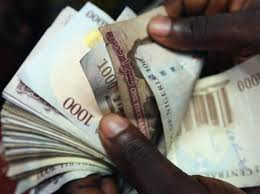 Nigeria is supposedly a rich nation whose wealth rather than being kept in a national portfolio or evident in some state-of-the-art public infrastructures and social amenities, it is illicitly tucked in the bottomless pockets of some greedy and corrupt individuals who have had the privilege of being in positions of public trust and leadership and those who were closely associated with them.


For this obvious reason, some of what were expected to be our national treasures are in the private onshore or offshore bank accounts, trading and investment accounts, landed property portfolios, business investments and insatiable materialistic acquisitions of these men and women who cut across all ethnic and religious divides in the country and who continue to wallow in unprecedented opulence and inexplicable wealth at a time when almost all our national institutions are in near-comatose state and all tiers of government are also in deep financial mess with some of them being unable to meet up with their financial obligations and budgetary requirements.

It is needless to say that for their wanton theft of public assets and funds, some Nigerians are holding in their private possessions what could have been some of our cherished public institutions and facilities. Some have in their wallets our healthcare facilities, educational institutions, road network, national carrier aircrafts, potable water facilities, electrification amenities and any conceivable infrastructure that the public have been denied the benefit of enjoying .

In their thoughtlessness and extreme greed, some have stolen our 2nd Niger and 4th Mainland bridges and what could have become our Dubai or Singapore. Nothing is too big for them to steal.

While nations around the world are using or have used their God-given resources to transform their countries, Nigeria only suffers the burden and curses from the negative impacts of these resources.

Wide-scale contamination resulting from oil spillages and gas flaring, general environmental degradation, destruction of ecosystem, depletion of fish population and general poor sanitation are probably the only legacies some communities have as proofs of their being in the oil rich Niger Delta. No Doha! No Jeddah! No Baku! No Abu Dhabi! No standard healthcentre! No reputable university!! Not even motorable roads!!!

Corruption and public theft are not new to us, there are as old as independent Nigeria and some of the perpetrators have been around since then little wonder why some of them are already dead and those still living are either terminally ill or ‘terminally old.’

A terminally old person by my very own definition is someone who has most likely lived up to 75% of his/her expected time here. Considering our relatively low life expectancy, most of these notorious thieves are certainly in their twilight. They are now mostly septuagenarians and octogenarians whose ends are obviously imminent.

In struggle for looting supremacy with the old public enemies are the new-age public thieves whose mega stealing mostly raised its ugly head in the last administration where billions and perhaps trillions of naira were developing wings in shady oil deals and fathom oil subsidies.

Without any doubt, they were more merciless to the economy and the people than those who looted before them. It was obvious that they were allergic to stealing millions or a few billion naira.

With the current administration’s planned probe being slow paced and at best, aimed at targeting only the corrupt practices and stealing in the immediate past administration, how would we recover our assets before these people finally go?

Our archaic culture that frowns at talking ill of the dead talkless of probing them is not helpful. Apart from Sani Abacha, the late monstrous de facto President of Nigeria from 1993 to 1998, no other dead allegedly corrupt person has been posthumously probed. All probes end at the suspect's death!

Nigeria and Nigerians have suffered a lot of deprivation as a result of the actions and inactions of these so called leaders who stole the future of the nation and set it on a perilous downward course and now, should we allow their ill-gotten wealth to be passed down quietly to the next generation? No!

In the absence of any feasible government action plan in place to probe and then recover these loots , shouldn't we privately initiate a programme to encourage a voluntary return of partial loots as exemplified by Theophilus Danjuma, a retired general and the chairman of South Atlantic Petroleum Limited (SAPetro) who to date is Nigeria’s only honest thief.

In an unprecedented way, Danjuma was magnanimous enough to not only acknowledge looting Nigeria’s wealth, he went ahead to start a foundation to help the poor with a fraction of his loots.

According to him, Sani Abacha, rewarded him with an oil block which he sold in 2006 to China’s offshore oil company CNOOC for $1 billion. After taxes, and paying off various dues, he said he was left with over $500 million and then he did not know what to do with the money, so he set up the TY Danjuma foundation with a $100 million endowment. During a public forum in February 2010, he recounted his reasons for setting up the charity as:

“This was extra money I did not know what to do with. I did not just want to leave the money in the bank. At some point, I thought about saving the money for my children, but I decided against it. I realized that they could fight over the money after I’m dead. So, I decided, why not give back to my people.”

Now that it looks like Nigeria’s former Petroleum Minister, Diezani Alison-Madueke, a major suspect in public looting is also very ill and some former public officers are suffering from Out-of-office syndrome (OOOS), Nigeria needs to move fast to recover the loots.

Out-of-office syndrome is a form of sickness that suddenly develops when a public officer or politician is removed from an office or fails to be re-elected. It is particularly common in Nigeria.

May I use this opportunity to wish Mrs. Madueke a speedy recover. We certainly need her much more than she needs us. She might be very instrumental in a proper loot recovery effort.

Please give us back our money, you might not need it in heaven or in hell!