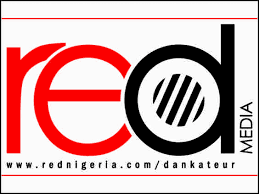 "This prize is very dear to our hearts," said Chude Jideonwo, who is co-founder of the awards. "It goes to the core of our work, which focuses on enterprise. "We are delighted to have gotten young Nigerians taking charge, doing their bits and solving the issues of unemployment. With the goal of the Ford Foundation in West Africa to improve governance systems and livelihood opportunities and TFAA to inspire the entire continent of Africa through the works of her citizenry, this award is designed to recognize and support young Nigerians between the ages of 18 and 33 involved in a social program or projects that contribute to fight youth unemployment in Nigeria."

The Ford Foundation Prize in Youth Employment nominees are:

Profiles of the nominees are now available on the awards website - awards.thefutureafrica.com.

The winner will be awarded €5000 as well as media inventory valued at $20,000.
Illustrations by Comic Republic, a comic start up passionate about youth empowerment through comics. Read their comics free on www.thecomicrepublic.com

The Future Awards Africa 2015 – the 10th anniversary – will hold on Sunday, 6 December, 2015. It is powered by RED and held in partnership with the Ford Foundation, Microsoft, the US Consulate, the Canadian High Commission Nigeria and The Tony Elumelu Foundation. Broadcast partners are Africa Magic, Channels TV and EbonyLife TV.

More information about the awards can be found on awards.thefutureafrica.com or on Twitter/Instagram via @tfaafrica. The official hashtags are #TFAA10 and #AfricaNeedsYou.

Released by
RED  Media
Posted by PublicInformationProjects at 10:13