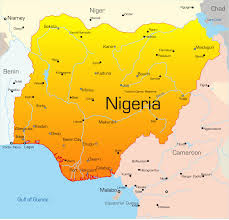 In the beginning of October 2015, the NAL Council dispatched our team of researchers to Nigeria, to monitor the on-going transition of the current government; and to provide credible reports, for global analysis and policy advisories, by our Policy Advisors in Washington.


In keeping with our non-partisan charter, we maintain thorough objectivity on all our reports; but in the spirit of transparency, some aspects of our report may be unflattering to the governments (federal and states), in Nigeria.

We are abridging and releasing the reports as a “Series,” because of the high volume of relevant information, and data; subject to vetting for national or international security by our Advisory Board.  We are mindful of the already fluid security crisis in Nigeria, per the Boko Haram debacle, amid other flaring ethnic tensions; and we strive not to compromise national security interests in our reports.

Our ongoing mission remains to provide ground-breaking analysis that impact and influence US/EU-Nigeria policy, for the benefit of Nigeria and the world.

Suffice it to say that, the reports show alarming levels of political instability; severe economic realities; an ongoing security crisis; and a social smorgasbord of hate and strife among the regions of Nigeria.  A combination of all the above, is already stifling Nigeria’s overall progress; as the various regions seem not to yet realize, that diversity, size, and a large population, are of net benefit to Nigeria.

The current report deals with political and related strife, other reports in other categories and policy recommendations will follow in the coming weeks.

Political strife is still prevalent in Nigeria; because the political system, especially at the federal level, is a spoils-driven system.  The “winner takes all” mentality is still alive and well.  But the reality is that one cannot hold one region of Nigeria down, so another region can come up.  The federal government is better off encouraging some regions or states in Nigeria to, copy development models from other regions or states, for best practices; rather than spoon-feed some states, and keep them dependent on federal bailouts.  The various states must learn to attract investments or remain impoverished and security risks to the country in general.

State Governors and the Bailout Funds-Private Bailouts or Public Bailouts?
We shockingly gathered that some States still failed to pay salaries with the last bailout funds, which they collected as loans, from the federal government.  This is even as some governors ostentatiously jetted around the world on private jets, and catered to their retinue of family and cronies.  The federal government needs to setup a federal oversight panel to ensure that funds are used for purposes intended.

We do not know how some governors will collect bailout funds, fail to pay salary arrears, and still sleep well at night.  The people must learn to demand their rights peacefully but massively, otherwise the governors will continue their reign of impunity.

The Ruling Party Fielding Persons Accused of High Crimes for governorship elections
Though an accused is deemed innocent until a matter is resolved in court; however, for a party that came to power on an anti-corruption mandate, the ruling party is treading on very thin ground, by fielding accused persons such as Audu Abubakar of Kogi State, and Timi Silva of Bayelsa State as their candidates for the upcoming governorship elections for those states.

The international signals being sent here, is that actions speak louder than words; and if the actions of the ruling party do not match their words on anti-corruption, then their actions will be held against them on the day of reckoning.  Our research and US Public Records shows that Audu Abubakar has ties to a multi-million dollar property in Maryland, US.  A dangerous laissez faire is about to be set, if these persons win these offices under an anti-corruption governing party.

Dangerous Flashpoints
Examples of disparate practices tied to culture and religion abound in Nigeria.  Sometimes these practices facilitate development, other times they create a ticking time bomb that will surely explode with time.

As an example, we were shocked to find that only fifty percent (50%) of children in Adamawa State are in school, as at the time of this report.  Even though Adamawa State has been severely affected by Boko Haram, and the State hosts several “Internally Displaced Persons (IDP)” camps.  However, we were still shocked that the state and federal governments are not in a higher panic mode per youth initiatives in the country.  There are no clear plans for integration of the IDP’s when they go home.  The challenges are enormous, but they can be surmounted with adequate political will and good-faith effort by State officials.

Adamawa State needs to send a delegation to Anambra State urgently, since we gather Anambra state is number one in education.  Adamawa officials must swallow their pride and learn what Anambra is doing differently—this is a matter of urgency!  If this matter of preparing children for the future is not addressed, we are afraid that another Boko Haram lies ahead, perhaps in another 10 years, when these 5 to 10 year-olds in Adamawa, and nearby Yobe and Bornu states, will have come of age; without skills, or training, to empower them to survive economically.

One such unprecedented achievement of the previous government is the previously unheard of “Almajiri Schools.”  The Jonathan government embarked on a massive program of building schools for educating the impoverished roving children of Northern Nigeria called “Almajiris”.

The Almajiri Schools program is all the more intriguing, because though norther Nigerian leaders have governed Nigeria for 39 of its 55 years of independence, no Northern leader has ever initiated such a program.

This Council’s interviews with several Northern Nigerian leaders, including recent ex-governors, indicate a highly entrenched conservative cultural system.  In this conservative system, the privileged consider their position as a God-given role.  Though there are exceptions, many Northern Nigerian leaders have little or no interest in empowering or raising a new generation of privileged people; except of course their own offspring.  “If you’re born to be rich, you’ll be rich, what’s the point of a person struggling to escape their circumstance?” stated one ex-governor of a northern state.

Further, while responding to a question on “skills training programs” for northern youth, an influential and wealthy northern business executive stated, “most of these governors don’t really care about empowering or uplifting anyone;” they’re just there to reign over their states resources, cater to their immediate families, and perhaps take more wives during the 4 or 8 years term.”