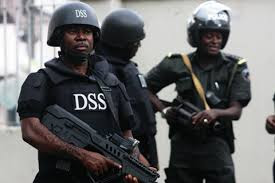 The Coalition of Southeast Human Rights Organizations operating in the Southeast Nigeria wishes to alert Nigerians and the international community concerning the unconstitutional resurrection of Nigerian State Security Decree 2 of 1984 (Detention of Persons Without Trial); otherwise called Decree No 2 of 1984, which allows for indefinite and incommunicado detention of Nigerian citizens without recourse to competent and diligent judicial process. Also unconstitutionally resurrected with Decree No. 2 of 1984 is another obnoxious and anti democracy decree called Decree No.4 of 1984 (Public Officers Protection against False Accusation); extensively used to arrest and clamp media practitioners into indefinite and incommunicado detention for publishing reports deemed inimical to the interests of members of the ruling military brigandage or cabal. The two infamous decrees were promulgated in 1984 by the current sixth civilian President of Nigeria, Retired Major Gen Muhammadu Buhari when he served as Nigeria’s post Second Republic maximum military ruler.


It is vividly recalled that a former minister of police affairs and a close ally of President Muhammadu Buhari, Dr. Yakubu Lame had recently disclosed publicly of how uncomfortable the current Presidency is with the Constitution of the Federal Republic of Nigeria 1999 and the Principles of the Rule of Law and called for suspension of same and enactment of and bestowment of special powers on President Muhammadu Buhari to enable him to perform. Our extensive checks have further revealed that the two criminal decrees appeared to have been suspended, but not repealed legislatively when the civilian governance was restored in 1999.

Also, of all the State coercive or armed security establishments answerable, by administration and control, to the Presidency, the Department of State Security Services (DSS) is closest and directly controlled by President Muhammadu Buhari. In other words, the DSS performs special duties function for President Muhammadu Buhari, which makes it believe that it is above the law and the Constitution of Nigeria 1999. This is also contained in Section 3 (2) (a) of the Nigerian Security Agencies Act Cap 74, Laws of Nigeria 2004. The DSS is one of the three successor-security intelligence agencies of the moribund National Security Organization (NSO), which was extensively deployed and used by           Major Gen Muhammadu Buhari to enforce his two infamous decrees under reference in 1984 leading to countless disappearances, unlawful arrests, long custodial detentions, torture and unlawful killings.

Today, just less than 160 days in office of President Muhammadu Buhari, the DSS has already run riot on citizens particularly the dissenting voices already marked out as presidential enemies. From Gordon Obua to Sambo Dasuki; from Rivers and Akwa Ibom State Resident Electoral Commissioners to Hon Justice Muazu Pindigi; and from Sambo Dasuki again to Citizen Nnamdi Kanu, the list of the DSS riotous conducts and operational brigandage in less than 160 days of the Buhari’s Presidency has continuously been on rising. Of all the coercive or armed security establishments under the present Buhari’s administration, the DSS is the most extensively used and deployed by the Presidency to perpetrate and perpetuate all kinds of anti democratic and anti constitutional conducts.

These explain our inclusion of the DSS in the hall of infamy award and bestowment of Chief Enemy of Democracy & Rule of Law Award on it. The DSS’s recent statement in which it claimed that it is a respecter of the rule of law and judicial process is vexatious, insulting and a mockery of the country’s constitutional and pluralistic democracy.

Our collective questions are: where lies the DSS’s pro democratic and rule of law claims when it autocratically invaded and laid siege on the residence of Sambo Dasuki who is under the protection of a court of competent jurisdiction?  What has the so called “failure to honour presidential committee’s invitation on arms procurement” got to do with an interior intelligence security body and its riotous invasion of his residence?  Is a presidential committee on arms procurement a court or judicial panel of enquiry? Why did the DSS not arrest former Governor Rotimi Amechi to enforce his appearance before Governor Wike’s panel of enquiry in Rivers State? What is the security rationale behind DSS invitation of Sambo Dasuki’s surety (Boni Haruna)? Has Sambo Dasuki jumped his court bail? Assuming Sambo Dasuki has jumped court bail, is DSS a court and which bench warrant is it executing? In all these, where is the Nigeria Police Force and has DSS taken over the constitutional and statutory functions of the Police?

Our speaking out is also strikingly emboldened and gladdened by yesterday’s open and courageous expression of free speech by millions of Nigerian citizens of Southeast, South-south, northern minorities and other Nigerian moderate citizens all over the world; registering in unmistakable forms their contempt and disapproval over the brazen re-introduction by the Buhari’s Presidency of exclusivist, segregated, primordialist, ethnocentric, oligarchic, corruptive, archaic,  discriminatory, suppressive and oppressive presidential governing styles in Nigeria. The collective meaning of the thunderous free speech expressed yesterday (6th November 2015) in hundreds of Nigerian cities and foreign capital cities is that Nigerians under Buhari’s administration are not ready to be taken to Kabul (Afghanistan) or Harare (Zimbabwe) and that anything short of them being taken to Seoul (South Korea) or Taipei( Taiwan)  is roundly and perpetually rejected.

The saying still goes that “those who make peaceful change impossible make violent change inevitable”. That is to say that the spate of agitation for self determination that has gripped Nigeria of present time is further legitimized by the Buhari’s Presidency and its iron fisted leadership styles. Rather than de-escalating structural imbalances and injustices inherent in the country’s political landscape by running an all inclusive and rule of law and pluralism powered constitutional democracy, the Buhari’s administration has continuously escalated such structural imbalances and injustices. Nigeria under Buhari’s administration has not only shown a basketful of gloomy signs of constitutional dictatorship, but the country is also being matched steadily to the cave-corridors of power of Mullah Mohammed Omar of Taliban Afghanistan.

It is on the basis of the foregoing, therefore, that the Southeast based Coalition of Human Rights Organizations; comprising the Anambra State Branch of Civil Liberties Organization, International Society for Civil Liberties & the Rule of Law, Center for Human Rights & Peace Advocacy, Human Rights Club (a project of LRRDC), Southeast Good Governance Forum, Forum for Equity, Justice & Defense of Human Rights, Society Advocacy Watch Project, Anambra Human Rights Forum and PADDI Foundation, have resolved to raise an alarm  concerning the dangers of aiding and abetting  of  Nigeria’s steady drift  into anarchic dictatorship.

Of the greatest concern to us is the rationale behind the continued detention of Citizen Nnamdi Kanu by the DSS on the orders of President Muhammadu Buhari. We have co-searched all the 320 Sections of the 1999 Constitution and there is no Section or provision that empowers the President to detain a citizen in defiance of legitimate judicial bail; which is why we firmly  concluded that President Buhari has unconstitutionally resurrected and resuscitated the infamous Decree No. 2 of 1984 and possibly renamed it State Security (Detention of Citizens Above Judicial Bail) Act of 2004; under which he magisterially and autocratically detains Citizen Nnamdi Kanu; with intent to retaining and using same to clamp other critical citizens into detention-above-judicial bail throughout his tenure. As we speak, Citizen Kanu has been detained extra-judicially (in defiance of judicial bail given to him by the court trying him for three-count charge and non-capital alleged offenses) by the Buhari’s Presidency for sixteen (16) days and less than eleven days to his judicial returned date for trial (18th November 2015). We challenge the Buhari’s Presidency to openly proof us wrong by telling Nigerians and the world the section of the 1999 Constitution that empowers it to detain citizens including Citizen Nnamdi Kanu beyond the powers of the judiciary under the country’s current constitutional and pluralistic democracy.

Even in exceptional situations provided in the 1999 Constitution in cases involving arrest and detention of citizens accused of capital offenses for investigative reasons, the Constitution expressly directs for unconditional release (discharged and acquitted) of such detained citizens in or within three months if they are not charged to court and refused custodial bail. But in the case of Citizen Nnamdi Kanu, it is shocking, alarming and abominable that a citizen charged competently before the Abuja Municipal Magistrate Court in Wuse Zone 11 for misdemeanor offenses (non death penalty or life imprisonment) of criminal intimidation, managing and belonging to unlawful society and criminal conspiracy, said to be contrary to Sections 97, 97b and 397 of the Penal Code (applicable in northern Nigeria) is still being detained against the orders and processes of the same trial court. As we speak, the DSS has flouted three competent orders of the Court (production, transfer and release) and has vehemently refused to give oral or written reasons why it has continued to keep him in perpetual captivity till date.

Finally, bearing in mind the forthcoming 67th anniversary of the UDHR or world human rights day and considering the unfolding events in the country highlighted above, we have resolved to name the Department of State Security Services as Chief Enemy of Democracy & Rule of Law in Nigeria for 2015. A booklet containing the DSS constitutional sins and breaches in 210 days or seven months of Buhari’s administration will be unfolded on 10th December 2015 (UDHR Day) as further reasons for the award.

We call on all Nigerians and the international community not to fold their arms and watch the country’s hard-earned democracy and its pluralistic constitutionalism destroyed by the present presidential dispensation. All hands must be on deck to save Nigeria and her people from descending to intractable anarchy. We join other well meaning citizens of Nigeria and the world to call on President Muhammadu Buhari to release Citizen Nnamdi Kanu from the DSS captivity.

If it is true that Citizen Nnamdi Kanu’s physical and psychological health as well as his detention condition is deteriorating terminally; then President Muhammadu Buhari should personally and vicariously be held responsible locally, internationally, presidentially, post presidentially and posthumously.

For:  Coalition of the Southeast based Human Rights Organizations: