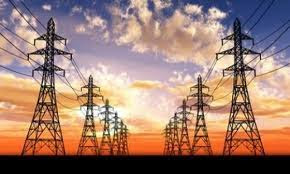 This is the concluding part of special-report sent to the Board Chairman (Dr. Sam Amadi) of the Nigerian Electricity Regulatory Commission (NERC) by the leadership of International Society for Civil Liberties & the Rule of Law (Intersociety); supported by the Anambra State Branch of the Civil Liberties Organization (CLO), concerning unchecked graft practices of the Enugu Electricity Distribution Company (EEDC). The letter and the CLO’s supporting letter were dated 10th November 2015 and referenced: Intersociety/ CLO/NG/002/11/015/NERC/ABJ. The two letters were copied via a forwarding letter to the Senate and House of Reps Committee Chairmen on Power, Ethics & Public Petitions, the Managing Director & CEO of the EEDC (Mr. Robert Dickerman), the Hon Minister for Power, the Principal Manager for Operations in-charge of Anambra State, the Governor of Anambra State and the State Assembly Speaker, among others.


Profile Of The Case-Study Customer Area: The Abazuonu/Ihitenansa Electricity Consumers Forum is made up of 70 high rising buildings (three and two storey buildings) or 600 bedroom flat apartments (including saloon, restaurant, barbing, liquor and mini supermarket stores) involving Ihitenansa Street, Ehirim Close, Okafor Lane, Abazuonu Street, Obidike Close and Ibekwe Street; situated at Iyiowa Layout in Ogbaru Local Government Area of Anambra State.  The 600 flat apartments exclude 96 or 8 buildings that have prepaid meters (procured in 2009, 2010 and 2011 by their owners at the rate of at least N40, 000 each). All the 600 flat apartments have or operate with post paid or old meters till date. At average of N7, 000 electricity tariff imposed on each flat apartment monthly including “service charge of N650, 00” and vat or value added tax, at least N4.2 million is pocketed by the EEDC monthly from the consumers living in Abazuonu/Ihitenansa area of the Ogbaru Business Unit; and between 2013 and 2015 alone, at least N151.2 million had been collected and pocketed  from the 600 flat apartments by the EEDC with the consumers virtually abandoned to bear 99.9% of power distribution maintenance responsibilities.

Non Provision & Inadequacy Of Transformers & Prepaid Meters: The sharp practices of the EEDC above highlighted are fully replicated or worst in Onitsha, Ogidi, Nnewi, Ariara and Aba Business Units in Southeast Zone, considered as blue-collar or commercial cities. Our recent empirical findings have further revealed that the entire 18 Business Units of the EEDC are haunted by two teething challenges of near total absence of prepaid meters and inadequacy of distribution transformers. These are compounded by epileptic power generation and transmission in most parts of the 18 Business Units. It is totally correct to say, from our empirical or field findings that 97% of non industrial customers of the 18 Business Units of the EEDC in the Southeast Zone are yet to be metered through the prepaid metering process; contrary to your NERC’s several directives. We challenge the EEDC to statistically proof us wrong.

On the other hand, most of the non-industrial residences and communities in the 18 Business Units of the EEDC do not have adequate distribution transformers till date and of every five distribution transformers installed and energized in the Southeast, four are installed and energized solely by the consumers. Their procurements usually come through the trio of political office holders, politicians seeking elective offices and communities/consumers; after which they are profiled, fraudulently taken over and privatized by the EEDC.  The EEDC also moderates letters to it from consumers “donating transformers and accessories” and gives instructions as per what to be written.

Mass Disconnection Of Abazuonu/Ihitenansa Consumers’ Area: Following a peaceful protest staged on 16th October 2015 at the Ogbaru and Onitsha Business Unit offices of the EEDC by the above named Consumers Forum over non provision of 600 pieces of prepaid meters by the EEDC for its 600 flat apartments, the Principal Manager Operations (PMO) of the EEDC for Anambra State, Engr. Kingsley Aja, who is also Business Manager of the Onitsha Business Unit, directed his men to disconnect the power supply line powering the entire 70 buildings/600 flat apartments including 96 flats using prepaid meters.

Before this peaceful protest Sir, several written representations concerning request for prepaid meters were made to and several meetings held between the Abazuonu/Ihitenansa Electricity Consumers Forum and the relevant EEDC’s top hierarchies including the past and present Ogbaru and Onitsha Business Managers, the Principal Manager for Operations in-charge of Anambra State as well as the EEDC Managing Director & CEO (Robert Dickerman) with other relevant top staffs of the Company; all to no avail (failed promises).The disconnection was carried out as directed on 21st October 2015. As we write, the entire area has remained in total darkness from 21st October 2015 till date (14th November 2015).

Also, before the disconnection Sir, over 60% of the consumers in the area had paid their October 2015 tariff bills imposed using the EEDC’s usual estimated bills heaped on criminal allocation of “tariff units” (there are strong pieces of evidence to support this). The EEDC claimed that “protest of any kind against it by customers is outlawed and attracts instant mass disconnection of the supply lines of the protesting areas”. The Consumers Forum under reference was asked to “sign an undertaking to permanently desist from such protests in future as well as to undertake to be paying any amount imposed by EEDC” as condition for having their power supply reconnected. Indiscriminate mass disconnection of customers from “high tension poles” on flimsy grounds is now a routine in the Southeast managed by the EEDC.

As you are aware Sir, it is impeachable for customers/consumers to be punished for peacefully expressing or peacefully assembling to express their sacred views over an armada of exploitation they ceaselessly undergo in the hands of the EEDC; more so when the likes of Abazuonu/Ihitenansa Electricity Consumers Forum have successfully shouldered 99.9% of the EEDC’s statutory responsibilities and duties (i.e. N5.5 million spent in installing and maintaining their transformers since 2013). Sections 35, 39 and 40 of the 1999 Constitution fully guarantee the rights to personal liberty, freedom of expression and peaceful assembly.

Elsewhere at the Ogidi Business Unit office, small and medium scale industrialists under the aegis of Anambra State Small & Medium Scale Enterprises, Osakwe Industrial Cluster of Ezeiweka Road in Awada, Anambra State had 29th October 2015, organized a peaceful protest against a series of exploitations they undergo in the hands of the EEDC. They told Intersociety and the CLO (Civil Liberties Organization) that they had till date procured and installed 22  distribution  transformers valued at over N1billion and had borne the cost of their maintenance till date, with the EEDC turning around and exploiting them instead of coming to their aide and compensating them. The peaceful protest followed mass disconnection of their power lines by the EEDC following imposition on their members of exploitative conditions and outrageous electricity tariffs.

There are also a lot of unresolved or unaddressed cases of non provision of prepaid meters to customers who applied, processed and paid huge sums for them to then PHCN (now EEDC) since 2009, a period of six years. Pieces of evidence as it concerns this abound in most of the 18 Business Units including Ogbaru, Onitsha, Awka, Nnewi, Ogidi, Ekwulobia, Ariara and Aba.

Other Sharp Practices Of The EEDC: 1. Refusal to provide customers of the EEDC with prepaid meters contrary to its claims of having provided 750,000 prepaid meters to their customers, 2.dodging the provision of prepaid meters to the consumers in preference of use of manipulated and outrageous estimated billings, 3.retention of “service or fixed charge” of N650, 00 per consumer/month and abandonment of distribution transformers and metering maintenances, 4.indiscriminate arrest and long detention without trial of customers (including landlords) and EEDC staffs; with unsubstantiated accusations of “stealing”, “tempering” and “vandalizing” EEDC prepaid meters, transformers and their accessories, 5.non provision of adequate distribution transformers to its customers, 5.profiling and officially stealing of transformers procured and installed by consumers,6.massive and indiscriminate disconnection of power lines of consumers including those that paid their bills and those using prepaid meters, 7.embarking on mass disconnection of power lines for the purpose of individual criminal enrichment, and 8.forcing customers to mandatorily pay any amount written on their bills no matter how outrageous or “crazy”, 9.indiscrimate imposition without consultation with customers of estimated and outrageous bills.

Calls: Sir, as we said earlier, all the fourteen major sharp practices have remained the stock-in-trade of the EEDC and its 18 Business Units in general and Ogbaru, Onitsha, Ogidi, Nnewi, Aba and Ariara Business Units in particular. While other Distribution Companies (DISCOs) such as those of Benin, Port Harcourt, Lagos and Abuja have moved appreciably particularly in the areas of provision and installation of adequate distribution transformers and their maintenances as well as provision and installation of prepaid meters to improve power supply, enhance the DISCOs’ revenue and curb fraudulent practices associated with billings; the Enugu Electricity Distribution Company (EEDC) has continued to drift towards abject backwardness in all the key issues under reference.

We, therefore, call on your Board and office to save the consumers of the Southeast Zone from exploitative dispositions and conducts of the EEDC. We demand firmly that all the fourteen major sharp practices under complaint should be graphically and forensically looked into through a high powered investigation by your Board and office for the purpose of prohibiting them permanently and sanctioning of erring and culpable staffs and departments.

Such high powered investigation should also cover sharp bureaucratic practices associated with inadequacy of distribution transformers and accessories and their non maintenances; non provision of prepaid meters and use of outrageously estimated billings in place of metered and standardized billings. The continued use of and collection of the so called  “service” or “fixed charge” of N650,00 per consumer/month should be revisited for the purpose of expunging or abolishing it from power tariff or billing system. The EEDC should also be summoned by your Board and office to explain with graphic details how many or total number of  prepaid meters it has provided and installed in the five Southeast States and their 18 existing Business Units particularly in Ogbaru, Onitsha, Ogidi, Nnewi, Awka, Ekwulobia, Ariara and Aba Business Units since 2013.

It is also our call that the EEDC should be ordered by your Board and office to as a matter of uttermost immediacy restore the disconnected power line linking the Abazuonu/Ihitenansa Electricity Consumers Forum and provide and install 600 pieces of prepaid meters to its 600 flat apartments or 70 high rising buildings.  We demand further that the sum of N5.5 million spent in installing and maintaining its two transformers by the Consumers Forum under reference since 2013 should be verified, authenticated and refunded to the Consumers Forum by the EEDC; signed forced undertakings notwithstanding.

The EEDC should further be directed to begin immediate deployment and installation of prepaid meters and distribution transformers in all its existing 18 Business Units of the Southeast Zone. The idea of coercing or forcing its customers to “donate and install” through coercive undertakings of distribution transformers and their maintenances should be outlawed by your Board and office. If such “donations” and “maintenances” must be effected at all, then they must be done through compensatory justice or trade by batter (i.e. such costs should be deducted from customers’ monthly tariffs).

Finally Sir, your Board and office should increase the volume of their statutory and requisite monitoring and regulation of the activities and conducts of the EEDC henceforth and met out appropriate sanctions as required by extant laws when found defaulted. It is our firm and specific request that in the event the EEDC fails to curb itself and staffs and departments of the referenced fourteen sharp practices as well as its inability and unwillingness to competently, capably and popularly satisfy the people of the Southeast in the area of power distribution and supply, then let its operational license be reviewed for the purpose of suspending, retrieving or revoking same in accordance with extant laws.