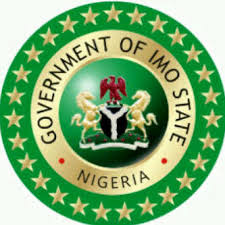 Report By A Citizen Reporter

The government of Imo State has been called upon to desist from its current move to cut down on the more than eight-year old allowances of magistrates in Imo State.


This was contained in a recent press statement by the Association of Progressives Lawyers Forum issued by the association’s co-coordinator, Barr. Emperor Iwuala.

The press release was sequel to a recent press statement by the Governor of Imo State stating why he cut down the salaries of magistrates in the state.

Condemning the act, Barr. Iwuala said that the governor lied to the public on the salaries of magistrates with the intention to destroy the state judicial arm of government.

‘It is very shocking that a governor will go to the press and lie about the salaries of magistrates in Imo State just to deceive the public and justify his evil plans. The governor recently told the press that it is only in Imo state that magistrates are started with N500,000 per month as salaries and that magistrates in the state receive the highest pay in the country.  This statement is false, mischievous and very unfortunate coming from a governor who has all the public records at his disposal. There is no magistrate in Imo State that his salary is up to =N=500,000.

I stand to challenge the governor on this. Even the comparisons he made with other states are all false. A Chief Magistrate in states like Lagos, Akwa Ibom, Bayelsa  receive above =N=700,000 as monthly pay and it is not so in Imo as my governor claims.  Therefore the press statement is the governor’s malicious strategy to destroy the judiciary as he did to the state legislature, local government etc…’.

Continuing, the learned activist said that it was bad for the present government of Imo state to slash down the emolument of learned magistrates to the tune of 85%.

‘85% slash means that a magistrate whose allowance was =N=100,000 per month will now be paid =N=15,000. That is very unscrupulous. It means that the working condition of the magistrates will become so bad which will discourage lawyers from aspiring to be magistrates. It will also encourage the ones in there to start giving judgments to the ‘highest bidder’…’.
The fearless legal practitioner traced the history of improvement on the working conditions of magistrates in Imo State from 1994 to 2013.

‘In 1994, the military Administration of Navy Commander James Aneke added security and transport allowances to the then salaries of magistrates in Imo State. In 2006, Achike Udenwa improved on it. The climax was in 2007 when Ohakim provided the first official vehicle and its maintenance allowance. All these improvement were contained in government published circulars. In 2013, Governor Okorocha ratified the 2007 allowances and it was backed by a government circular’…’.

Justifying the allowances, the vocal advocate said that before 1994, many good lawyers were highly discouraged from accepting magisterial appointments because of the poor working condition, hazards and risks in the job, the hectic nature of the job and deprivations occasioned by accepting magisterial work.

‘Magistrates in Imo State do not have official quarters. Many of them live in villages or are tenants in the town. Some of them live in areas where the people they are handling their cases also live. They handle robbery, kidnapping, cultism and other high profile political and dangerous cases. These and more expose them to high risks. Also, a magistrate needs to dress well to court, pay his driver and for security, pay his rent, medical, NEPA and other bills, maintain his vehicle, buy law books, buy petrol and maintain electricity generators, go on conferences etc. The worst of it all is that many magistrates have used their former monthly pay to secure loans from banks. Already, the present state government has successfully stopped paying them annual, duty tour, conference, vacation and entertainment allowances these magistrates were initially enjoying from past governments…’.

Warning further, Iwuala said the pay-cut would pose a big threat to the efficient administration of justice in the state and invariably a threat to people’s rights and freedom whose cases he said were adjudicated by the magistrates in question.

He also accused the governor of causing the present strike embarked by the Imo State chapter of the Judiciary Staff Union of Nigeria (JUSUN) over the alleged governor’s refusal to grant financial autonomy to that arm of government which he said, had closed down all the state courts state since 2nd of October this year.

He however cautioned the government to desist from the act or face stiffer reprisal from stakeholders in the administration of justice in the state.
Posted by PublicInformationProjects at 02:39