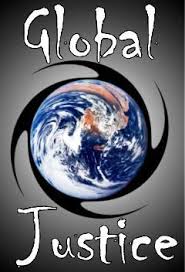 
May the everlasting peace and blessings of Allah be upon his noblest servant, our master Muhammad (s) and his oppressed progeny.

Let me start with the condolence to the families of the martyrs and leadership of the Islamic movement over the bomb blast at Dakasoye village claimed over 23 lives during the symbolic trek to Zaria. Same condolence is extended to the families of the victims in the earlier attacks at Borno and Kano that killed many innocent people. We pray to Allah, in His infinite mercy to cure the injured,uncover and bring an end to the  criminals behind theglobal conspiracy meant to blackmail Islam and massacre Muslims in this country andbeyond.

Of the most important things drawing the attention of the world at this time is the 40th day mourning of the martyrdom of Imam Husain (as), at  the great shrine in Karbala - Iraq - where millions faithful annually converge at the largest gathering on earth.Beside hospitable reception and utmost healthcare accorded the pilgrims by the management of the great shrine, security is jointly ensured despite the country's difficult situation. Significant role is played by the religious authorities, scholars and other faithful in the cause of the symbolic journey wishing the reward of Allah in  theservices to the visitors.

Equally, the event is commemorated across the world including Nigeria where millions converge at HusainiyyatuBaqiyyatullah, Zaria where the leader of the Islamic movement delivers his speech. This is in line with narration of Imam Ja'far (as) that equated visit to their rightful followers to that of A'immah for those faithful incapable of the distant journey.

In contrast to the unscientificand narrow - mindedthought that Ashura was a bygone historic tragedy, the event denotes an everlasting warfare between right and wrong, truth and false and of course justice and oppression. This was the lesson maintained by the late Imam Khomeini in his popular expression, every day is Ashura and every place is Karbala!

Looking at the increasing attention focused on the oppressed progeny of the noble prophet (s), the way some people try to misguide the Ummahon baseless allegations is not only surprising but very disheartening.

Love Of The Prophet's Progeny
The love of the progeny of the noble prophetis unequivocally mandatory on the Ummah. Allah stated "... no reward do I ask of you for this except the love of those near of kin...” Q42:23. Itis good to stress the fact that the companions of the prophet were the first generation of Muslims obliged to love, respect and pay allegiance to them. So they were in no way equal to them. With higher degrees, the progeny were elevated above the companions.Itis pertinent  to stress the fact that love of the Ahlul - baitcannot be merged with that of their enemies. Infact, the unfortunate Ashura tragedyis directly linked with the episode of Saqeefa.

The prophet has also said in relation to Imam Ali in Mustadrak and Kanzulummal “whoever wishes to live and die like me, and to abide in the Garden of Eden after death should acknowledge Ali as his patron and follow Ahlul - bait after me, for they are my Ahlul- bait and they have been created out of the same knowledge and understanding as myself. Woe unto those followers of mine who will deny the Ahlul - bait their distinctions and who will disregard their relationship and affinity with me. My Allah never let them benefit from my intercession”

He has also said on various occasions, “Husain is from me and I am from Husain, O Allah do love he who loves Husain". The Imam went out on the call of his grandfather for a reform “I have not risen up, but to safeguard the religion of my grandfather, the Prophet.” But for the great sacrifice of the Imam and his followers, Islam would have been a thing of history! What a paradox that some equate the two conflicting parties together! It is completely illogical to claim the love of Imam Ali and that of Mu'awiya-leader of the unjust group - or Imam Husain and Yazid who did not love one another to their last minutes.

Denouncing Oppression
Certainly, the murder and mutilation of Imam Husain was the worst atrocity in human history. However, some people tryshelter- skelter to exonerate the culprits from their deliberate atrocity.It is in line with baseless claims they created the widely circulated political joker accusing the Shi'ah of abusing the companions of the prophets. Evidently, the Shi'ah are known world over as the vanguards of the noble messenger and Islam entirely.

Those against Shi'ahequate Imam Ali with Mu'awiya,and some even exonerate Yazid from his devilish action. They attack the way Shi'ah mourn the Karbala tragedy and speak against them in the name of keeping off from the acts of predecessors. There is no wisdom in such assertion because Allah has given us the holy Qur'an as a clear criterion to differentiate right and wrong and justice and oppression respectively. Allah has prohibited oppression upon Himself, condemned it among His servants and strongly warned against it. Then why should we remain silent against oppression? Why can't we speak against oppressors and mischief - makers? "Is then the men who believe no better than the men who are rebellious and wicked? Not equal are they. Q32:18

Certainly, we were taught to do right just as we were enjoined to avoid injustice and speak against it "And do not incline to those who are unjust, lest the fire touch you, and you have no guardians besides Allah, then you shall not be helped"  Q11 :113

Islam is basically opposed to oppression even against animals. That is why the Shi'ahare always against it from whichever angle it comes.  Allah states"Shall We then treat the people of Faith like the people of sin? What is the matter with you? How judge ye? Q68:35-36

Support For Justice
Our denouncement of oppression expresses our quest for justice at the same time. “You are the best community raised for the good of mankind.You enjoin what is good and forbid what is wrong, and you believe in Allah” Q3:110.

The love of the Ahlul - bait condemns oppression and promotes justice.This was the philosophy behind the first trek to Karbalaby Jabir ibnAbd-Allah al-Ansari, a reknowncompanion of the Holy Prophet on the 40th day of the Imam's martyrdomwhere he coincidentally met the surviving members of the prophet's family underImam Ali Zain al - Abideen and his audacious AuntySayyidaZainab!

Unavoidably, one must sympathize with either of the two parties. And regardless of all inclinations, people with a common sense of humanity cannot but side with the oppressed. Edward Granville Browne, the Englishorientalist, saidis there any heart not to bleed and grieve when told about Karbala? Even non - Muslims cannot deny the chastity of the soul manifested in this war under the banner of Islam. On his part, the India’spoliticalandspiritualleader, Mahatma Gandhi said “I have carefully read the biography of Imam Hussein and have contemplated the events of Karbala. I am sure Indians must follow his ideas on the path to victory!

Then, with whom is your sympathy? There is no cause to be confused on the position of the two parties who never compared. Right from the occurrence of the incidence, some supported the oppressors and others were mislead to equate them with the oppressed, which is anobvious  form of oppression. Punishing the criminals and rewarding the good doers is the tradition of Allah. This is what all verses of the noble Qur’an and sayings of the noble messenger attest.

Therefore, one must clearly analyze the two parties and take a right stand so that he or she may not be raised with oppressors and enemies of the blessed prophetic family on the last day. Al - Tabarani related from Ibn Abbas that “no one shall be able to move from his place of reckoning on the day of Judgment until he has stated four things: how he spent his life and his wealth, where he got his wealth from and he shall also be asked about the love of the Ahlul- bait.

In Answer To The Call Of The Imam
The popular wording of the Imam was “Indeed I went out claiming reform for the ummah (nation of my grandfather -Allah’s prophet), I want order all that Islam has ordained and prohibit atrocious behaviors”. But for the great sacrifice of the Imam and his followers, Islam would have been a thing of history!

Generally speaking, the commemoration reminds the faithful on the need foran unflinching stand in the fight against oppression for the establishment of justice on earth. Obviously, this can bring about change in the society as Ashura was the catalyst for the success of Islamic revolution in Iran.Allah states “… verily, never will Allah change the condition of a people until they change it themselves with their own souls …” Q13:11

As we commemorate the 40th day mourning of the oppressed Imam we urge the world to embrace the path of justice and righteousness and reject oppression and exploitation as did the audacious Imam.

(Abdullahi wrote from Zaria Kaduna state)
Posted by PublicInformationProjects at 23:03