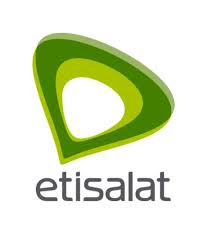 (Fiston Mwanza Mujila, Penny Busetto and Rehana Rossouw have been announced as the three shortlisted authors for the 2015 Etisalat Prize for Literature)


Fiston Mwanza Mujila, Penny Busetto and Rehana Rossouw have been announced as the three shortlisted authors for the 2015 Etisalat Prize for Literature (http://Prize.Etisalat.com.ng). The Etisalat Prize for Literature is the first pan-African Prize that is open solely to debut fiction writers from African countries. Now in its third year, it is acknowledged as the most prestigious literary prize for African fiction.

The three books, selected from the longlist of nine, are:

The shortlist was selected by a three-member judging panel: Professor Ato Quayson, Professor of English and inaugural Director of the Centre for Diaspora Studies at the University of Toronto (Chair of Judges); Molara Wood, writer, journalist, critic and editor; and Zukiswa Wanner, author of Men of the South and London Cape Town Joburg.

Chair of judges, Professor Ato Quayson, comments: “The variety of styles and subject matter of the books on this year's Etisalat Prize for Literature shortlist reveal the vitality of contemporary African literature. They contribute to our understanding of what it is to love, to laugh, to improvise, sometimes to despair, to know and yet be fooled by the assurance of such knowledge, to work for our ablution in the fate of another's suffering, and ultimately to embrace life in all its bewildering complexities.”

The shortlisted writers will be rewarded with a sponsored multi-city book tour and will also have 1,000 copies of their books purchased by Etisalat for distribution to schools, libraries and book clubs across the Continent.

The winner of the 2015 Etisalat Prize for Literature will be announced in March and will receive £15,000, an engraved Montblanc Meisterstück (http://en.wikipedia.org/wiki/Meisterst%C3%BCck) pen. The Prize also includes an Etisalat sponsored fellowship at the University of East Anglia, mentored by Professor Giles Foden, author of The Last King of Scotland.

For more information about the Prize, visit http://prize.etisalat.com.ng/