News Release: One United Nigeria Is An Act Of Impossibility Under Buhari Presidency, Except By Referendum 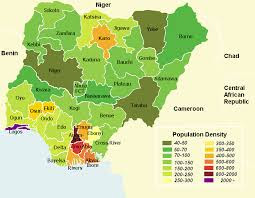 The leadership of Intersociety has resolved to react to recent statements made by the Federal Government of Nigeria over the ongoing non-violent agitations embarked upon by the masses of the Southeast Nigeria for assertion of their collective rights to existence, development and self-determination; culminating in wide and peacefully organized protests and processions across the Southeast and the South-south geopolitical zones of the country. The peacefully organized protests also extended to the Federal Capital Territory, Abuja and dozens of foreign countries.

We are therefore compelled by the foregoing explicit normative and constitutional provisions to challenge the Federal Government’s recent statement under reference; per Mr. Lai Mohammed, to the effect that “there is no alternative to one united Nigeria”. Acceptance or workability of territorial sovereignty is like the parable of a child born into a family by a father who is not a member of that family.

It follows that so long as that child is well catered for and the child’s dignity respected and protected at all times; the child will not mind who fathered his biological existence even when told. But if the reverse is the case, the child begins to search for and locate who the child’s real father is.

Therefore, the description by the Minister of Information (Lai Mohammed) of the political self-determination agitations of the people of the Southeast Nigeria as legitimate; is a welcome development. But it is also self-indicted on the part of the same Federal Government that rolled out its murderous security agencies and ordered them to shoot, maim and kill innocent protesters. As the country’s official information mouthpiece; per Mr. Lai Mohammed, was legitimizing the non-violent and peaceful agitations that had shaken the foundation of Nigeria in recent time; the Special Adviser to the President on Media; per Mr. Femi Adesina, came out with a contradictory statement throwing the Presidential weight behind the murderous order issued by the embattled Inspector General of Police, Mr. Solomon Arase; which led to the murder of over 13 innocent protesters and maiming of over 24 others.

As if these were not enough, the Nigerian Military authorities, again, came out with another inflammable theory and crude statement, to the effect that military was called in to quell the protests (in Onitsha)  when it discovered that the protesters were armed with dangerous weapons. Disappointedly,   the statement and its claim were not backed by any pictorial evidence of the protesters or any of them caught electronically bearing the so called dangerous weapons. No descriptions were also given as in the type of dangerous weapons found among the non-violent protesters; whether metals, clubs, knives, daggers, machetes or guns.

The Nigerian Army authorities also failed to disclose to Nigerians and members of the international community the categories of dangerous weapons they alleged to be borne and used by the non violent protesters and the proportion of force deployed by soldiers to quell the protests; as provided in the UN Code of Conducts for Law Enforcement Officials of 1979 and the UN Basic Principles on the Use of Force & Firearms by Law Enforcement Officials of 1990. The Nigerian Army authorities further failed to inform Nigerians and members of the international community whether use of flyers and flags; elbow walls and voice chanting amounted to dangerous weapons; as well as whether the lethal and murderous response of the Nigerian Army through live bullets, open and close range shooting, maiming and killing of the non violent protesters amounted to use of force proportionate to display of flags, flyers, elbow walls and voice chanting.

Now that the Federal Government of Nigeria has legitimized the pro political self determination agitations of the people of the Southeast Nigeria, it is expected that the embattled Inspector General of Police, Mr. Solomon Arase and the murderous Chief of Army Staff, Lt Gen Tukur Buratai should be relieved of their duties as a matter of uttermost immediacy and be made to face judicial trial for State Murder and Torture, among other infractions of the military rules of engagement. It is also expected that the politically detained Citizen Nnamdi Kanu should be released immediately and unconditionally with the Federal Government of Nigeria publicly guarantying the safety of his life and health including a public assurance that he had not been injected with Abacha and Abiola lethal injection while in the custody of the Federal Government.

As for the Information Minister’s insistence that there is no alternative to one united Nigeria, we sharply beg to disagree with this position of his. The Nigeria of today is nothing but a territory of enslaved, shackled and manacled ethnic nationalities being lorded over by Northwest-Northeast ethno-religious hegemony buffered by the conspiratorial Southwest. In other words, we are operating a territorial system where Nigerian citizens of the Southern and Northern non-Muslim nationalities are chronically regarded and treated as second and third class citizens; while their Northwest and Northeast non-Christians as well as their North-central (non-Christians) and Southwest counterparts regard and treat themselves as first class citizens.

The structural and institutional lopsidedness and destruction in the Nigerian landscape are nearly irreparable; likewise human lives, human worth and human rights of the Southeast, South-south and northern Christian nationalities wasted and grossly breached in recent time and past decades. A territory bearing this near incurable disease cannot competently and legitimately be called one united Nigeria. A truly one united Nigeria is a Nigeria of multiculturalism, democratic pluralism and pluralistic composition, inclusion and constitutionalism where human lives, worth and rights are preserved, protected and promoted at all times irrespective of tribe, religion, language, place of birth, sex, age and class.

It is also a country freed from deepened triggers of divided society. To achieve a truly one united Nigeria under the Presidency of Retired Major Gen Muhammadu Buhari is an act of impossibility. With the way things are unfolding, if Nigeria survives the Buhari’s Presidency without widespread violence or violent fragmentation; then it will be a miracle of the highest order. From the point of view of the modern theory of violence, Nigeria had experienced four major variations of violence from 1967 (civil war) to 2009 (Boko Haram violence) and if care is not taken, another version may most likely be in the offing.

There is also sustained information and propaganda warfare being waged against the peoples of the Southeast and to a large extent, the South-south Nigeria. The white-collar warfare under reference is steadily waged by the mainstream segments of Southwest Nigeria. In the print media where they hold sway, most, if not all their subordinates from the Southeast and to a large extent, South-south extractions; are chronically enslaved. To be promoted and popularized as columnists, poets, editors, broadcasters, rights activists, media and legal practitioners;  through the Southwest dominated print and visual media, those affected must be made to sing their songs and do their biddings at all times or risk being demonized and leprously promoted.

After the Onitsha killing tragedy of Wednesday, 2nd December 2015, for instance, media correspondents from the Southeast Nigeria; working under their Southwest editors reported to Intersociety  the amount of pressure mounted on them by their  (Southwest) superiors to go all out to get video and photo clips of burnt northern owned long lorries and the Onitsha Mosque partly touched during the incident; for the purpose of promoting them in their news media so as to ignite inter tribal violence between peoples of the north and the southeast Nigeria. Their subordinate local reporters were also commanded to go all out and get video and photo clips of where citizens of the northern extraction, loaded in northern owned long trucks; were escaping and fleeing the Southeast Nigeria.

As if these were not enough, some foreign reporters who wanted to come to Onitsha, Anambra State to get first-hand information and possibly interview some gun shots victims, relatives of the murdered victims as well as other stakeholders like Southeast based rights groups’ leaders and local leaders of  the non-violent self-determination groups; were told bare face lies in Lagos and discouraged from coming to Anambra State.

One of the foreign correspondents told Intersociety on phone: “a friend and local media colleague from the Southwest Nigeria warned me and said that in Onitsha, IPOB members are all over the place, snatching, robbing, extorting and kidnapping people. That if I must travel to Onitsha, I should look for a truckload of soldiers and mobile police personnel to escort me because it is risky and too dangerous to go to Onitsha; everybody is deserting the city and IPOB and MASSOB members are everywhere, terrorizing and engaging the Army and the Police  gun battles”.

This type of campaign of calumny, bare falsehood and propaganda has long been sustained and waged against leaders of the rights based Civil Society Organizations based in the Southeast Nigeria, as well; particularly whenever international rights groups, humanitarian bodies, foundations, UN bodies, technical and development partners and agencies indicate interests in reaching out to them through those in the Lagos axis of the Southwest Nigeria.