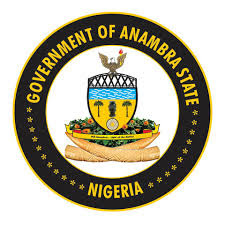 In the first part of this publication, dated and issued yesterday, 28th of November 2015, the leaderships of International Society for Civil Liberties & the Rule of Law (Intersociety) and the Anambra State Branch of the Civil Liberties Organization (CLO) expressed deep concern and dismay over rivalries considered unnecessary, distractive and developmentally unhealthy; between the present Government of Anambra State under His Excellency Chief Willie Obiano and his predecessor, Mr. Peter Gregory Obi.


For the records and avoidance of doubt, the consistent and uncompromising advocacy roles of the Anambra State Branch of the Civil Liberties Organization in promoting democracy, good governance and public accountability as well as preservation and protection of human rights particularly the civil and political rights in Anambra State is dated back to 1999 during the return to civil rule in the State and reached their peak during the 2003 armada of electoral fraud. The same roles by the International Society for Civil Liberties & the Rule of Law started in 2009 and have remained resiliently sustained since then. Our common objective in doing these is for the advancement  and sustenance of the collective interest of the people of the State through democracy, good governance, public accountability and human rights.

Again, we call on the Government of Anambra State under Governor Willie Obiano to move the State forward and stop dwelling in the past. Former Governor Peter Obi has governed the State and left it with enviable records yet to be attained by any Nigerian State Governor in the past forty years. What is desperately needed by the State and its peace loving people is to be taken to greater heights and not to be returned to cave and pariah status through politics of legacy destruction and indebtedness. We remain resiliently opposed to attempts to sink the State into serial indebtedness.

For Governor Willie Obiano to succeed and write his name in immortal gold, he must return to the drawing board and streamline his governmental approaches particularly in the area of management of governance costs.  The Governor must be reminded that Anambra People did not elect him for the purpose of comfort of office and promotion of favoritism, nepotism and cronyism or for the purpose of owambe governance; but to steadily put smiles on the faces of the people of the State through massive infrastructural development and maintenance as well as mass provision of tangible and intangible dividends of democracy. A governor that maintains up to 200, if not over 200 SAs alone and still appointing more till date; has laid a foundation of governance failure. With this number of SAs (operating under trees) alone, there is compound confusion in the State corridors of power as well as such SAs functioning as SAs of distraction and destruction.

The Governor should return to work and embark on massive rehabilitation of all failed portions of the State roads under operation zero portholes.  Many of the State’s inter-LGA and inter-city roads have failed in part owing to  devastating effects of the last rainy season, soil volatility of the State landscape as well as unchecked blockage of drainages and waterways. All the 21 LGA chairmen should be directed to compile and forward for immediate attention all the failed roads in their areas. We further demand the immediate recommencement of work on all road projects in the State including those started by former Governor Peter Obi administration and those awarded by the present Obiano administration; irrespective of their areas of location. We totally  say no to project abandonment in the State!

We have also observed that the Lagos Park (former MICMERA) to Onitsha Army Barracks section of the Onitsha-Enugu Expressway as well as the Toronto Hospital to the Grail Message service lane of the Expressway is yet to be fully asphalted till date. This should be completed inexcusably. Permanent solution should also be found to address the menace of the flood threatening to cut off and wash away the newly reconstructed Nkpor-Awka Old Road at its Ogidi section. The Borrow Pit hosting the flood is overstretched; requiring a proper drainage to evacuate the flood to neighboring rivers or floodways. Issue of blocked drainages and gutters in the State should promptly be addressed using this dry season. The Governor’s intervention at the Nkpor Flyover gullies along Onitsha-Enugu Expressway without waiting till thy kingdom come for Federal Government; is very commendable. Similar intervention at the gullies threatening the lifespan and usage of the Onitsha-Owerri Dual Carriage Road at Okija (opposite Obijackson Industries) is also commendable. Such intervention is further needed at the right side of the Okija Bridge, which has completely collapsed.

E. First Bank:
1. Name of Account: Anambra State Govt. Consolidated Account; Account No: 2018779464; amount is N2, 139,951,400.00 (from where the garnishee order of the Federal High Court authorizing the seizure and transfer of N1.8Billion to liquidate the unpaid arrears of the State Water Corporation in 2014 was effected).

C.  Access Bank PLC (via letter from the Bank to the then Accountant General of Anambra State, dated 31st January 2014 confirming purchase of dollar bond by the Government of Anambra State in November 2013). Total dollar bond purchased: $49,966,504.08.

Total Cash Value of Local Investment as of November 2015: N40.9Billion (surplus of N13.7Billion)

That is to say that the Peter Obi administration left a total cash and investment of N95.18Billion for Anambra State as at 17th of March 2014, with their current value hitting N117.74Billion as of November 2015 or with a surplus of N22.56Billion.

Note: All the investments are recoverable and exclude over N20B refundable cash spent by the Obi administration in reconstructing some federal roads in the State, out of which over N14B had been approved for refund by the Federal Government as at 2014.