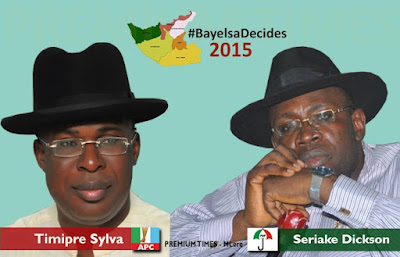 International Human Rights Vanguard (IHRV) has expressed its concern over the use of excessive force by the Nigerian Military on armless civilians in Nigeria. The group cited several recent instances and was particular about the use of the Military, which led to the death and injury of several civilians during the governorship election held in Bayelsa State, Nigeria. The group, position was made known in Abuja on Saturday morning by its Executive Director, Mr. Frank Edwards while giving a report of an independent assessment, conducted after receiving complaints from people, who participated in the December 5th 2015, governorship election in Bayelsa State.


In the report, the group recalled that the Joint Military Task Force opened fire in some localities in the Southern Ijaw local government area of Bayelsa State on civilians, while also aiding some known Militant in perpetrating violence, leading to the killing five citizens, in Oporoma, the headquarters of the Southern Ijaw local government, during the distribution of electoral materials on Saturday, 5th December. It also recalled instances where security forces allegedly aided the hijack of sensitive electoral materials and the abduction of Ad-hoc staff of the Independent National Electoral Commission, INEC who were on election duties in the local government.

The group further said that the events of Southern Ijaw Local government, during that election was a sad reminder of the past incidences of electoral violence, that characterized the do or die regimes when the army applied unreasonable force against defenseless citizens who are only out to exercise their legitimate franchise.

“We strongly feel, that mobilising troops on an election day to harass innocent citizens without any iota of  confrontation was clearly an indefensible act of Military aggression which should be condemned by all those who place any value on human lives and tenets of democracy” the group said.

The group therefore called on President Muhammadu Buhari to immediately, institute a judicial probe into the conduct of the Military during the Bayelsa election, with a view to serving justice for the dead and injured ones, and ensuring that such conducts does not repeat itself, during future elections in the Country.

The group noted that any country that turns a blind eye to such unwarranted maiming and killings of its citizens will lose its humanity and encourage anarchy from its citizens.

The group therefore gave the Federal government, an ultimatum of seven days to institute the probe into the atrocities committed on the people, during the elections in the Southern Ijaw Local government area of Bayelsa State as it said, it will not hesitate to drag the Nigerian Military to the International Criminal Court (ICC) with the overwhelming evidences on its hand, for crimes against Humanity, if the Federal government fails to act.
Posted by PublicInformationProjects at 07:40