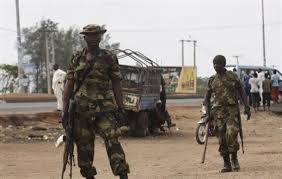 Heavily armed soldiers today, July 26, 2015 attacked the convoy of Leader of Islamic Movement in Nigeria Shaikh Ibraheem Zakzaky on entry into Abuja.
Read more »
Posted by PublicInformationProjects at 15:06 No comments: 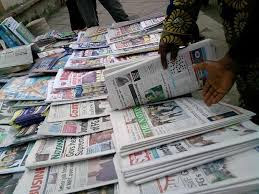 An extensive investigation carried out recently by the leadership of International Society for Civil Liberties & the Rule of Law (Intersociety) showed clearly that there are three hydra-headed monsters threatening the foundation of independent media establishments and press freedom in Nigeria, particularly the print and visual media. These are: indebtedness, corruption and unprofessionalism.  Media indebtedness is triggered by greed and maximization of proceeds on the part of the independent media proprietors. Media corruption, on its part, is caused by corruption of the media industry and injection of billions of naira derived from ill-gotten wealth as well as ownership of many of them by corrupt former public office holders particularly former, and in some cases, serving State governors; for the purposes of influencing and skewing public opinions on matters of politics, ethnicity and religion, as well as covering their kleptomaniac and homicidal records in office. Media unprofessionalism is caused by vicious factors like promotion of ethno-religious clannishness and personal interests; poor working condition and job de-satisfaction on the part of staff or media practitioners, occasioned by poor remuneration and remuneration arrears of journalists as well as general ineffective and inefficient media management policies and actions. Our extensive investigation also found that media indebtedness, corruption and unprofessionalism are interwoven, resulting to guided press freedom in present democratic dispensation.
Read more »
Posted by PublicInformationProjects at 14:30 No comments: