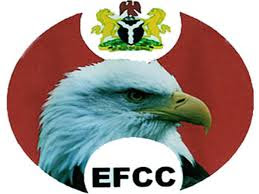 Slowly but steadily, the ultra conservative wing of Nigeria’s largely self-absorbed and callous elite is spoiling for a fight. And it’s all about the renewed war against corruption which has induced in this group an emotion that can only be described as culture shock. As a result,the unconstructive and clearly combative reaction to a developmentthat ordinarily should be applauded and encouraged by anyone who means well forthis country is no less unexpected.


Now that it appears that the war against corruption is getting some traction, unlike in the pastwhen only minions were arraigned and convicted and the big crooks got a let off or at best a slap on the wrist if summoned at all, the game has changed dramatically in the last couple of months. The powerful and the mighty who are the major looters of the commonwealthare not just being invited; they are getting the grill of their lives and their big toesare beginning to feel the pain of a new clamp down from an inspired EFCCled by a reputed no-nonsense cop, Ibrahim Magu.

Magu’s new leadership zeal istelling in its redefinition of the mode of operation which hastriggered a heightenedmomentum for change in a way that has never been seenat thenation’s prime anti-graft agency. On a daily basis, the hitherto ‘untouchables’ are now being poked with the hard questions in EFCC interrogation rooms; the so-called ‘sacred cows’ are being prepared for onward transfer to what would turn out to be their slaughter slab for the ultimate rite of humiliation. And more than ever, the prospect of a good number of the politically exposed looters and fraudsters and their collaborators ending up in jail soon enough seems very bright. This is heart-warmingin a country which until now has been a terribly misgoverned space.

Yes, the class of elite to which we referred above alsowants change, but this is not the type of change they are prepared to accommodate. A change that upsets the applecart(pardon the cliché) in such a decisive manner as to not only dismantle all forms of corrupt practices, but also seek out their perpetrators, name them and shame them by ensuring they end up in prison is certainly not what they want towelcome with open arms.

Therefore, members of that group are not folding their arms to let the EFCC roll over them. They are well-heeled, thanks to their fraudulent escapades. So, they are fighting back both stealthily and furiously, enlisting the services of all individuals and groups that can help them scuttle the fight against corruption. To that extent, they have gone as far as recruitingan equally retrograde faction of the bar, pliant members of the bench, a mercenary arm of civil society, gold-digging religious leaders, a tractable media that is also notorious for hatchet jobs and, above all, an unreceptive and docile public.

And it is easy to identify them. For example, they are manifested in a Chief Judgewho recently warned magistrates to stopapproving requests from EFCC to detain suspects for interrogation. Curiously, this judge did not cite any known law to back his directive. They can be seen in very senior lawyers who collect dubious briefs to defend persons known to have looted public funds, manipulate the court process on their behalf and scream rule of law.

They are revealed in a well-known Pentecostal pastor who urged government to focus on other areas of development instead of fighting corruption, which he claims constitutes only 20% of the country’s problems. They are exposed in phony civil society groups who go about accusing government of violating the rights of persons currently being tried for corrupt practices. You will find them in a nonagenarian who has repeatedly blasted President Buhari and scoffed at his anti-corruption war; and among members of the public who have joined the looters and their supporters to pronounce that the more than $2billion arms scam is an invented story aimed at dealing with members of the opposition party and, therefore, isa ‘distraction.’

These are the kind of people the EFCC must contend with. One forecasts that in their desperation they will go all the way to rubbish the institution and its leadership. Don’t be shocked if suddenly a report surfaces in the media dubbed ‘Exclusive,’ brashly claiming to have unearthed a massive scandal involving Magu, the EFCC boss.The purpose will be to destabilise and make him lose focus.But he must remain resolute, for having come this far in this war,there will be no plausible excuse to reverse the gains.

The anti-graft campaign can only be meaningful if the real thieves in the society, the big men who have ensured that our soldiers don’t have guns to fight insurgency, hospitals lack equipment, children can’t go to school, electricity supply is epileptic, petrol queues continue, basic infrastructure is non-existent,aremade to pay for their criminal acts by being marched to jail one by one. And that will just be the beginning of the change that this government talks about, and one of the many that Nigerians expect.

Let there be no doubt. We believe in and are committed to the rule of law. But the rule of law can’t be a basis to let loose on society men and women whose transgressions are no less thanarmed robbery, murder, terrorism and allied crimes that more often than not are not bailable offences.

Then there is the issue of selective prosecution, which has beenthe battle cry of every scoundrel who has found himself in the corridors of power, a comfortable alibi for many certified criminals to avoid facing justice. Our response is, let anybody who is accused answer “his father’s name.”People who have been accusedof corruption should be proud to clear their name and “put the government to shame” if they have nothing to hide.

Finally, we think the government and the EFCC should expand the war against corruption. The mandate of the Commission, for example, gives it power to look beyond the mindless looting by the political class and their collaborators to other equally sinister criminals, including influential civil servants, who have made a killing in the name of public service. They own all the choice property –most of them lying fallow because Nigerians who are not corrupt can’t afford the rent – in Abuja and other parts of the country which has become a veritable avenue for money laundering.

Now is the time for the EFCC to assert itself!