Article: PDP Is Too Corrupt And Too Sick To Lead The Opposition 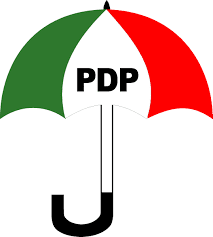 It is a common knowledge that any government without credible opposition is open to dictatorship and abuse of power. Recently, there was an array of hope for Nigeria .  For all intents and purposes, Nigerians had witnessed a formidable opposition activity by the time for the 2015 elections. But that is no longer the case. The current main opposition party, the Peoples Democratic Party of Nigeria (PDP), has turned out to be too corrupt and too sick to play a leading role.


So far, President Muhammadu Buhari is doing a commendable job grabbing the corrupt PDP henchmen one after the other. Yet, the attitude of the culprits once they are granted bail is not funny at all. Instead of standing firm to defend themselves and the cause of the opposition, these PDP leaders are usually befallen with one form of acute sickness or another. To rub in the ploy, the sick looters typically opt for treatment abroad while the masses are saddled with poor medical facilities at home.

Interestingly, the ardent supporters of the former ruling party still see hope. They believe the party will soon usher in some credible leaders in the crucible of a party convention, whenever that might be. But don’t hold your breath. Of course, PDP still boasts of fairly untainted figures like Ken Nnamani, Nuhu Ribadu, Donald Duke, Segun Mimiko, Ibrahim Dankwambo, Ibrahim Shekarau, and so on. Alas, the Peoples Democratic Party of Nigeria is not ready to entrust its future on any novice in primitive accumulation of wealth. The dilemma, therefore, is that virtually all its anointed leaders with deep pocket—from the north, east, and west—wear loud beads of corruption around their necks. Take a look at the lineup below.

Namadi Sambo: In a normal clime, the mild-mannered former Vice President would be the shoe-in to the leadership vacuum. However, he is yet to recover from an overseas medical treatment resulting possibly from the new wave of sickness common with PDP chieftains being fingered for abuse of office. Moreover, Sambo cannot feign ignorance to the monumental corruption that rocked the National Economic Council while he was at the helm.

Enter the man of the hour, son of a former Sultan, and the former National Security Adviser, Sambo Dasuki who has been in dire need of foreign medical treatment in midst of dizzying criminal charges. Dasuki had exhibited a measure of political shrewdness when he stormed the London Think-Tank Chatham House to make a case for the postponement of  Nigeria ’s 2015 elections. But it is clear that his was a fall before the rise. The Sokoto prince will forever be remembered for freebooting $2.1 billion defense funds budgeted to save human lives—now referred to as Dasukigate.

The case of the recent PDP Chairmen does not exude hope. Haliru Mohammed Bello, for one, has become a permanent fixture in the contemporary discussion of corruption in Nigeria . Currently confined to a hospital bed but indicted in connection to the Dasukigate, Bello is the same character thrust into the position of Defense Minister during the Goodluck era despite being embroiled in the infamous £8.6 billion Siemens bribery scandal. Similarly, though he is been out of the public scene since stepping down after failing to account for N12 billion party funds, Nigerians will never forget how Adamu Mua’zu ascended the top party post in the face of pending allegations for stealing N19.8billion from Bauchi State coffers. Even more, not only is the former governor rumoured sick somewhere, Mua’zu remains an integral quotient in cracking the various Dasukigate equations.

Sule Lamido is a well-nurtured party stalwart then widely seen as the heir apparent to 2019 PDP presidential ticket. Sadly, the ex-governor and son are now awaiting trial for plundering Jigawa State treasury. The plight of the past Chairman of Northern Governors Forum, Muazu Babangida Aliyu, is equally sad. Not long ago all roads pointed to Aliyu’s Minna residence, but that was then. Today, the erstwhile “Chief Servant” of Niger State is mired in N2.9 billion fraud charges at the Economic and Financial Crimes Commission (EFCC).

The timbers of the 7th Legislature, particularly former Senate President David Mark, Deputy Senate President Ike Ekweremadu, and former Deputy Speaker Emeka Ihedioha are pondering what could have been. They were well groomed as the picture perfect babyface of the opposition with every resource in tow. However, not surprisingly, the trio has suddenly grown too old and too impotent due to a raging fear of imminent probes into the billions budgeted for Constitutional Review and Constituency Projects from the year 2007 to 2015. Ordinarily, PDP could have explored Senator Godswill Akpabio, the official opposition leader in the Legislature, but the former governor has become dumbstruck out of the blue after an encounter with the EFCC for allegedly carting away N108 billion from Akwa Ibom State treasury.

That brings us to Olisa Metuh, a man of cerebral pedigree, then packaged as a fearless patriot in his role as the PDP National Publicity Secretary. Regrettably, the party has just found out the hard way: Promoting Metuh as its official mouthpiece is akin to bursting the Pandora’s Box in a public square. Lo and behold, the credibility of the Nnenwi High Chief is deep down the tubes at the spur of the moment after failing to make sense of how and why a portion of the Dasuki corrupt largesse landed in his individual business bank account.

The most brazen is the spectacle of Governor Peter Ayodele Fayose of Ekiti State grandstanding as a self-appointed “Leader of Nigeria ’s Opposition”. A man of voluble tidings, Fayose is the shameless fugitive ex-governor previously impeached for corruption but drafted back by his party to recapture the seat by any means necessary. Ultimately, he is rattled by the anti-corruption war and has been roaming the political space inciting the public with all manners of innuendo against the ruling party as if PDP had shared the stolen billions among the poor masses. But Nigerians have become wiser. We are well aware that the commotion is nothing but the wailing of a highbinder awaiting serious time for his involvement in the N1.3 billion poultry scandal plus 2014 Ekiti election fraud.

It will be a gross disservice to the reading audience if this exposé is to conclude without a special attention on Femi Fani-Kayode. Quite frankly, at the chagrin of friends, I was overjoyed when the former minister was acquitted of money laundering charges. Though always traducing, Fani-Kayode’s kind of verbal opposition is not totally bad for the polity. At least, his bombastic style has entertainment value—a radio station away from a poor man’s Rush Limbaugh. The issue with this one, though, is that new revelations from the Dasukigate have shown that the constant bravado is not only to blind the gullible masses but also to fan the embers of crises in anticipation of looming indictments over new graft allegations.

This whole picture portends a troubling future for Nigeria . Although President Buhari has recorded a measurable success thus far, he is far from sainthood. Like in any human undertaking, excesses abound. Very unfortunately, however one views it; and no matter the line of argument; it is clear the PDP brand is hopelessly banal—too corrupt, too sick, and too witless to checkmate the party in power. Even if the PDP is to succeed in its dream of a makeover, the ensuing leadership will always be dismissed, and rightly so, as an appendage to an unrepentant corrupt cabal. The posterity beckons on patriotic minds within the different opposition camps, therefore, to unite towards the path to a true democratic culture. Instead of the maddening rush to the ruling party, it is time to explore a new opposition party that is steadily alert to expose the weakness of the APC central government and credible enough to offer alternative solutions.