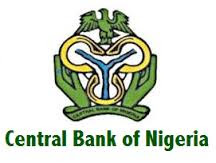 It is longer news, anew or a boast that the South-south and the Southeast Geopolitical Zones are Nigeria’s socio-economic survival and bread-winners. It is also a truism that 60% if not 70% of the Lagos State’s economic and wealth potentials are controlled by the enterprising sons and daughters of the Southeast Zone. In the Federal Capital Territory, Abuja, 80% of resources used in developing the area came from oil and gas proceeds exploited in the Niger Delta or South-south Geopolitical Zone and 70% of private properties built and owned by serving and former political office holders; whether illicitly or genuinely acquired; have their direct origins linked with Niger Delta gas and oil proceeds (both criminally and officially earned) and 70% of the wealth of the northern rich men and women including oil bloc owners originated from natural resources of Old Eastern Region of Nigeria.


Also 70% of properties in the Federal Capital Territory, Abuja; likewise Lagos, Kano, Kaduna and Maiduguri, etc; built and owned by non-political office holders; belong to enterprising sons and daughters of the Southeast Zone. Nigeria’s Federal Budgets of the present and past are also majorly funded through three Igbo/South-south oiled sources: revenues from oil and gas, import duties and related others from Igbo imported goods and services; and foreign and commercial loans. Again, 70%, if not more of monies borrowed by the Federal Government from local sources including commercial banks; originate from monies deposited by enterprising sons and daughters of the Southeast Zone and crooked and saintly beneficiaries of the Niger Delta oil and gas explorations. The sum total of the foregoing is that remove oil and gas proceeds and import duties generated by Igbo international trade; Nigeria is doomed and irreparably impoverished; and what remains of Nigeria can never be sustained by foreign loans or livestock and subsistence agric proceeds.

Sadly, policy makers and public office holders at Nigeria’s federal level had over the years, pretentiously refused to accept these facts and give the country’s God-given bread winners their pride of place. As wicked and socio-politically primitive as the likes of Gowon and Awolowo were; all the pre-civil war enterprising sons and daughters of Ndigbo were economically castrated; stripped of all their wealth and left with only 20 Nigerian Pounds or N20.00 each. The duo had earlier used economic starvation as a weapon of war to exterminate over 1 million Ndigbo particularly women, children and the elderly. There were also forceful properties’ acquisition and conversion (i.e. Ojukwu’s properties in Lagos and “abandoned” properties in Port Harcourt, etc). Educated sons and daughters of the Southeast Zone then with their plum public office positions; were chased away and their plum positions taken over by their mainly Southwest counterparts. The scars of these can still be seen in the present grossly lopsided compositions of the Nigerian Army, Navy, Air Force, Custom, Immigration, Police Force and dozens of other paramilitary and non-military federal bodies.

Totality of these featured as Igbo Marginalization, which dominated the national and international discourses of late 80s and the 90s; leading to the international birth in the 90s of the likes of World Igbo Congress and Movement for the Actualization of the Sovereign State of Biafra, etc; as well as latter day bodies like the Indigenous People of Biafra (IPOB) and the Biafran Zionist Movement (BZM).

As if these were not enough, the highly divisive and exclusionist government of Muhammadu Buhari, which came to civilian power on 29th May 2015; resurrected and worsened the anti Igbo political and economic policies, which included the now reversed policy of stoppage of cash deposit in commercial banks of foreign currencies and blockage of use of naira debit and credit cards abroad and transactions requiring payments in foreign currencies. It is also an unarguable fact that out of $21Billion remitted to Nigeria’s non official sectors by Nigerian citizens in Diaspora in 2015, for instance; at least 60% belongs to the Diasporan sons and daughters of the Southeast Nigeria.

Apart from the referenced anti Igbo economic policy, markets and properties wholly or majorly owned by pastoral sons and daughters of Igbo in various parts of Nigeria; are rapaciously and recklessly invaded and destroyed by agents and loyalists the Buhari administration through sponsored arson or outright demolition. Cases in point are the Kano Igbo Market and the Oshodi electronics market, dominated by Ndigbo. Just recently, a recorded audio conversation between one “Alhaji” and one “Kunle” concerning a hatched policy of Igbo economic destruction plotted by agents of the Buhari administration was leaked and circulated on the internet. The veracity of the plot was given following the Buhari administration’s long silence on the issue. In Kaduna State, some members of Igbo traders’ union also alleged recently that they were summoned by some key figures of the Kaduna State Government and given a matching order to compulsorily recruit “almajiris” in their trade as apprentices and settle them with huge sums of money few years after just like they settle their fellow Igbo apprentices. They were warned that failure to do as directed; would make their stay in Kaduna and other northern cities miserable and unbearable. The aim was to take over Igbo dominance of trade and commerce in Nigeria including major northern cities.

Just like the Igbo Ethnic Nationality had before come out successfully and stronger in all the past harmful politico-economic policies of the successive federal governments in Nigeria; they have again triumphed and won round one over the just reversed harsh trade and currency transaction policy solely targeted at destruction of  booming Igbo commerce or trade industry in Nigeria. The CBN Governor had acted in firm compliance with President Muhammadu Buhari’s directive; akin to late Idi Amin Dada’s similar directive to his Central Bank Governor for “massive printing of more Ugandan Pounds even if they become toilet papers”. In the highly politically selective and hunting policy announced in 2015, commercial banks were labeled by Buhari’s CBN as “pro money laundering agents” and the Bureau de Change operators were hailed, but in the just reversed policy, the same Bureau de Change operators were demonized and labeled “greedy”. The sum total of these can best be described as policy confusion aimed at destroying the indestructible Igbo trade or commerce industry in Nigeria.

The consequences of the now reversed infamous policy have taken Nigerian economy ten years backward in a twinkle of an eye. The Naira exchange rate had dangerously and uncontrollably slipped. With $10,000 in the first quarter of 2015 and before the infamous policy; N1.7Million could be exchanged, but now (January 2016), it is N2.8Million for $10,000; a difference of N1.1Million in less than one year.

Till date, Nigeria imports 95% of its social items from overseas and its industries and energy are in comatose with end in sight for their overhaul or reversal. The Buhari’s questionable budget estimates of 2016 has hurriedly been withdrawn and as we speak, all social services and activities, except political persecution and witch-hunting labelled “anti-corruption war”; have been grounded to a halt. Award and execution of capital and public oriented projects  as well as delivery of social services have been grounded to a halt; eight months after the embattled and democratically chained administration of Muhammadu Buhari came on board.

What was solely aimed at crippling and destroying Igbo dominated trade industry and international exchange of goods and services in Nigeria had turned against the myopic administration of Muhammadu Buhari; forcing it to reprobate under duress so as to save its ill-focused administration from economic bankruptcy and doldrums. To the primordial administration of President Muhammadu Buhari, “governance runs once its government can borrow hugely from local and international sources to add up to oil and gas proceeds and import duties; and uses them to pay salaries, junket across the globe and settle political loyalists and propagandists”.

To Buhari’s administration, it does not matter if dozens, if not hundreds or thousands of innocent and defenseless citizens are slaughtered, maimed and chained by security forces; if road, rail and aviation networks are in comatose; if health and educational facilities are collapsed; if the foreign reserves are emptied; if citizens go hungry and get sunk in abject poverty; if teeming unemployed graduates roam the streets; if borders are porous and small arms flooded in all nooks and crannies; if debt overhangs has a citizen ratio of N1Million per citizen; and if Nigeria ranks 193rd in global poverty, violence, human rights and under development indexes.

We congratulate the great sons and daughters of Ndigbo for winning round one in their unyielding and articulated non-violent campaigns to bounce back and take their pride of place in Nigeria. It is also very important to remind them that the incoherent and uncoordinated Buhari administration came with three-way traffic of war against the Igbo Ethnic Nationality: economic, political and information. While the information warfare is directed at the Igbo race from the Southwest part of Nigeria, the two others (political and economic) are mainly spearheaded by the Presidency of Muhammadu Buhari from Aso Rock. As it stands now, it is one down (economic warfare), one sinking (information warfare) and one (political warefare) remaining. The battle has just begun until the Buhari’s politics and policy of segregation, exclusion and economic strangulation targeted and launched against Ndigbo are roundly defeated and nailed to the coffin to be waged against them or any other Ethnic Nationality no more.