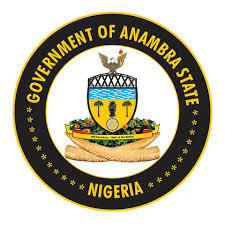 
When the state chief Executive ends up making any rash and harsh political decisions, the masses are bound to suffer while the oppressors are bound to exploit the situation for selfish gains.

The above assertion best summarizes the June 1 2015 Okada restriction law written, promulgated and passed into law as order with immediate effect by Governor Willie Obiano.

The governor who acted ultra vires without any input by the Anambra State House of Assembly ordered the prohibition of certain routes in Awka, Onitsha and Nnewi environs by the commercial cyclists popularly referred to as Okada.

Violators of this   law are to pay N5,000 as first offenders while second violators will have to forfeit their bikes to the government.  When this careless law was made without any clear cut directives and modes of enforcement, the CLO issued a statement condemning such and called for a rescind decision on the new law until the needful are done.

While calling for caution, we were also mindful of the concerns raised by the government  on the safety of the okada riders and some of the activities of some criminal minded cyclists who uses the same instrument of daily bread as a tool for criminal activities as some of the reason for ‘promulgating’ such ‘decree’

But the Anambra State government turned deaf ears to the issues we raised and eventually hell was let loose and a new business opportunity better than lifting crude oil was opened for the various security agents in the state.

The police who has been reaping from the 7pm Okada restriction law passed under the Peter Obi administration upped their ante and amended the trouser pockets of their uniform to extra large so as to accommodate their daily business proceeds established for them through Obiano’s order.

From Awka to Onitsha down to Nnewi, they cyclists cried as they became pawns in the hands of these agents who molest, oppress, extort, intimidate and brutalise them for flouting the governor’s directive.

Those who ride their bike from Ugwunobankpa in Inland Town Onitsha (which was never a prohibited route) on trying to cross over to Modebe Avenue (another unprohibited route) are arrested and extorted N5000 at Ekene junction of the Oguta Road. Such was the scenario and the predicament of those riding on service lanes in the expressway, those taking detour to Awada, Nkpor, Obosi, Ezenwa Street, Iboku, Venn Road and so on.

The executives of Anambra CLO and other comrades in the struggle has had cause to intervene at many critical times when the gun wielding policemen and the army of the uniformed Obiano task forces has to seize some riders bikes in such illegal ways.

The various police patrol teams in most cases while on a mission to raise illicit money from this careless law most times drive against traffic along Old market and New Market roads in Onitsha in their Hilux vans while the armed men will jump down and chase motorcycle riders for a catch for money.

In some instances, accidents resulting in serious injuries have been recorded in this kind of brazen illegality while some of the bike riders who wanted to show any form of resistance were dealt with either by direct spray of tear gas in their eyes by the police, handcuffing or serious beating before their bike will be forcefully taken away until the N5000 was paid.

Some of the wicked policemen in different check points often work with vigilante operatives and ‘friendly’ citizens who grab okada riders for them and give them sign for them to swoop on their catch in what is known in the local parlance as agbata ekee .

The riders with nobody to save them continued lamenting and bemoaning their fate while also engaging in daily fervent prayers so that they will not fall victim for the day with an uncertainty for tomorrow.

From our independent investigations,  about 5000 cyclists in the state have parted with N5000 on different intervals  to pay for their freedom and release of their bikes  while the law enforcement agents have collected a total of N25 million  from cyclists  into their private pockets between June and December 2015.

Painfully, if the government promulgated this law as part of revenue drive, the target   failed woefully because not even one kobo entered into government coffers from this enforcement.

The directive also did not state how to differentiate between a first offender and subsequent offender while there is no data to determine the level of compliance or defaulters or receipts to identify those who paid the fine.

Following the Anambra CLO letter to the Governor on 18th December 2015 over the killing of unarmed protesters in Onitsha and the unacceptable activities of the law enforcement agents, the government on 24th December 2015 announced the lifting of embargo on the restriction of motorcycle movement.

According to the directive, all the earlier prohibited routes have been lifted except Onitsha –Enugu expressway and Onitsha-Owerri Road. The announcement also gave a one month notice to the riders to procure crash helmets before another round of enforcement commences.

While the directive on the crash helmets is in order, we dare say that the okada restriction issue is far from being addressed.  The Anambra State government has no power to ban cyclists totally from federal roads.

The service lanes on both sides of the expressway cannot be restricted to motorcycles because that is the only route such bike owners can access their homes and streets.

The license to extort and oppress by the various security agents is still being executed daily on our roads most especially within Onitsha.

Enforcing any law without monitoring and evaluation is tantamount to oppression while such policies bring serious hate and repulsiveness on the part of the government from the masses.

We call on the government to come up with a comprehensive package for motorcycle riders in the state. Such package can only be acceptable if the relevant stakeholders were consulted and several public hearing and sampling of opinions carried out in different parts of the state.

Men of Anambra State Police Command should be reminded that their primary duty of crime fighting does not start and end in confiscating bikes and loading them with official vehicles to the station for settlement.

It is the duty of the government and the police authority in the state to ensure that an effective monitoring system is in place to prevent the prevalent rights abuses and illegalities going on in several routes in the state chiefly Onitsha and environs.