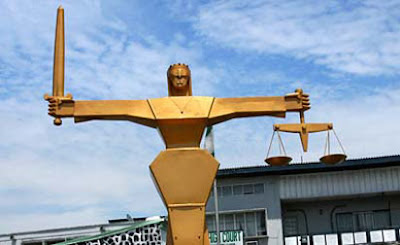 The heart of the leadership of International Society for Civil Liberties & the Rule of Law (Intersociety) is filled with joy and encouragement concerning the latest grounded judgment of the Supreme Court with respect to Rivers State Governorship Election Petition. We also congratulate Governors David Umahi of Ebonyi State and Akinkumni Ambode of Lagos State and people of the two States as well as others over their recent electoral victories at the Supreme Court; fundamentally anchored on the fact that “use of card-readers cannot validly be used to invalidate the results of an election as it is conspicuously not provided in the 2010 Electoral Act or the 1999 Constitution”.


By Section 287 (1) of the 1999 Constitution, the decisions of the Supreme Court of Nigeria (i.e. Rivers, Lagos and Ebonyi Governorship Matters) are binding on all authorities and persons and all courts subordinate to the Supreme Court, and shall be enforced in any part of Nigeria. By this epochal decision, all gutter and grossly erroneous card-reader based technical judgments of the lower tribunal and appellate courts are hereby set aside. It is commendable and happily to observe that most, if not all governorship related verdicts of the Supreme Court following 2015 elections are well founded and grounded in the letters and spirit of Nigeria’s existing electoral laws.

It is also shocking and alarming that the same 2015 elections adjudged by conformist CSOs of Southwest domination as the best election since 1999 had recorded 81 nullifications and 15 upturning by various electoral courts; thereby making it the worst nullified polls in the history of Nigeria. The number of elections nullified following 2015 general polls in the country singly outnumbered those of 2007 and 2011 put together (source: INEC January 2016). Yet some conformist CSOs had already commenced international image laundering campaigns for Prof Attahiru Jega to be bestowed with the likes of Mo Ibrahim or Nobel Peace Prize awards; as the best INEC chairman Nigeria ever had. We are again vindicated to the effect that the 2015 polls particularly the presidential segment was scientifically rigged and delivered using demographic and electronic voting manipulations.

The upgrading of the governorship election petition matters to the Supreme Court in accordance with Section 233 (1) (i) (iv) of the 1999 Constitution is also legislatively striking and well thought out. The refusal of the opponents of the presidential candidate of APC (now President Muhammadu Buhari) particularly former President Goodluck Jonathan and his PDP to challenge the former’s declaration as winner before any electoral court in Nigeria is still condemned. It is also a major setback to the growth of Nigeria’s jurisprudence.

It is our informed recommendation that the entire 1,695 elective offices in Nigeria; other than the country’s Local Governments’ chairmanship, deputy chairmanship and councillorship election matters, should be upgraded to terminate at the Supreme Court as well. There is extremely important need for the National Judicial Council (NJC) to beam its searchlight at all times towards membership and quality of the election petitions’ panel of judges. There are strong pieces of evidence suggesting that politicians including some incumbent governors and their political parties grossly influenced the appointment of electoral judges at the tribunals and appellate courts as well as the verdict outcomes of election petitions following the conduct of 2015 general elections in Nigeria.

The leadership of Intersociety is today one of the leading rights advocacy voices in Nigeria campaigning ceaselessly for the protection of the sanctity and independence of the country’s judiciary and citizens’ liberties. This followed a destructive and devastating attack launched at the country’s judiciary by the executive Presidency of Alhaji Muhammadu Buhari. Gen Muhammadu Buhari once headed Nigeria’s military tyrannical regime between January 1984 and August 1985. Since the assumption of office on 29th May 2015, by the Buhari administration, Nigeria’s human rights records, independence of judiciary and rule of law in general have been at their lowest ebb.

We had on 10th November 2015 written the National Judicial Council (NJC) via a well grounded letter, titled: Saving Nigerian Judiciary And Democracy From The Hands Of Dictatorial Executive Arm: A Case Against Executive Recklessness & Excesses In Rivers & Akwa Ibom Governorship  Judicial Reviews & Extra-Judicial Detention Of Citizen Nnamdi Kanu Of IPOB (2). Another important letter of ours was addressed to the same NJC via its chairman, Hon Justice Mahmud Mohammed; who is also the Chief Justice of Nigeria (CJN). The letter was dated 13th of December and titled: Unconstitutional Laws & Court Orders On Rampage In Nigeria: A Case Against Hon Justice Adeniyi Ademola Of The Federal High Court (Abuja Division) & Section 27 (1) Of The Terrorism Prevention Act Of 2011 (As Amended).

Gladly, in the CJN’s reply to the leadership of International Society for Civil Liberties & the Rule of Law (Intersociety), which was dated 12th of January 2016 and referenced: CJN/GEN/MISC/A.37/Vol.XIX/273, he commended our leadership and urged us “to continue to have confidence in the judiciary”. The CJN also assured us of “the ability of the judiciary to resolve the Nnamdi Kanu’s case justly and judiciously”. With respect to our grouse against Hon Justice Ademola Adeniyi of the Abuja Division of the Federal High Court who issued the constitutionally abominable 90 days court remand order for investigative detention of Citizen Nnamdi Kanu; warranting his being dragged to the NJC, it has been overtaken by events and we bear no further grudges against his office or person.

We commend the CJN for his fatherly response and assure his esteemed office of our total resolve to ceaselessly join forces with the Nigerian Judiciary and other non conformist stakeholders to fight and dwarf all forces of darkness bent on tainting the sanctity of the judiciary and castrate its independence; all in their dark bid to strip our hallowed judiciary of its immortal feat as the bastion of democracy and last hope of common man. Assuredly, any attempt or effort by them to turn the country’s judiciary into  an unholy proponent of darkness, rule of jungle and un-constitutionalism in Nigeria will be resisted and crushed.

Further, following the transmission of two new “anti corruption law bills” to the leadership of the National Assembly by the office of the Attorney General of the Federation seeking their passage into law, which was read  yesterday, Wednesday, 27th January 2016 before the floor of the Senate by Senate President, Bukola Saraki we caused a strong worded letter to be addressed to the Senate President and the Speaker of the House of Reps urging the Red and the Green Chambers to reject and tear to shreds all forms of  proposed unconstitutional enactments that may be brought to their legislative attention by the executive Presidency of Gen Muhammadu Buhari. We also urged them to retrieve and amend or constitutionally restructure any unconstitutional and anti citizens’ liberties’ enactment or legislation in use in Nigeria. The letter under reference is dated 28th of January 2016 and titled: Buhari’s Proposed Anti-Corruption Laws: A Call For Rejection Of All Forms Of Unconstitutional Enactments In Nigeria. It was also referenced: Intersociety.Org/NG/001/01/016/NA/ABJ.

We had in the letter observed that there are a number of unconstitutional federal legislations passed recently and made operational in Nigeria. Chief among them is the Terrorism Prevention Act of 2011, as amended in 2013 particularly its Section 27 (1), which unconstitutionally empowered a security officer to obtain a court remand order from a high court for purpose of detaining under investigation or pretrial of a citizen merely accused of committing offense of terrorism in Nigeria for a period of 90 days.

The 90 days investigative or pretrial detention is made subject to continuous renewal for more 90 days until the investigating security officer or agency is satisfied or saturated with his or its investigation. The unconstitutionality of this section is expressly contained in Section 35 (4) (a) (b) of the 1999 Constitution under right to personal liberty. The important Section under reference prohibits pretrial detention of any citizen involved in allegation of committing a capital offense (i.e. terrorism) beyond 60 days without being released on bail or unconditionally. It also provides that no citizen who is arrested and detained but granted pretrial bail should continue to be so accused beyond 90 days without being charged and tried judicially.

Following these, we demanded that the two new anti corruption bills: Money Laundering Prevention & Prohibition Bill 2016 and the Criminal Matters Bill 2016 must not be debated or passed behind the scene or off public knowledge or inputs of Nigerians. That is to say they must be debated publicly so that Nigerians will know their contents and make inputs and ensure they are made coherent and consistent with the provisions of the 1999 Constitution particularly the Chapter Four or Fundamental Human Rights. The letter under reference was copied to the Attorney General of the Federation & Minister for Justice. A copy of the letter is attached below for further details and authentication.