Article: Appraising The Recommendation On Compulsory Training Of Drivers On First Aid By The Nigerian Health Ministry 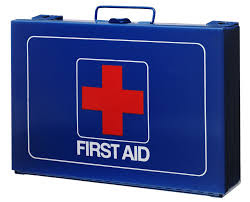 In Nigeria’s present situation of increasing road risks and dangers, the statistics on road fatalities and injuries are scary. Going by the World Health Organisation (WHO) records  on global Road Traffic Injuries (RTIs), Nigeria is rated second on the top of the ladder. This was confirmed in 2012 by the then Health Minister, Prof. Onyebuchi Chukwu when he declared that Nigeria has the second highest road traffic accident fatalities among the 193 countries in the world.  In 2009, Dr. John Akanya, the then Director-General, Standard Organisation of Nigeria affirmed that  Nigeria records 34,000 deaths annually on the highways as a result of burst tyres and in 2003, the then Minister of Works, Senator Adeseye Ogunlewe stated that  80 people die  daily on Nigerian federal roads. As much as these records may not match the official data on RTIs from the Federal Road Safety Corps, (FRSC), Nigeria’s regulating agency on road safety, the fact remains that most road crashes are unreported and one preventable road death is highly unnecessary.

Specifically, the number of deaths and injuries recorded at the spot of road crashes in Nigeria has become very alarming and on daily basis, media reports reveal many incidents of dead road crash victims being transported to the mortuaries or FRSC’s rescue team arriving at such scenes only to certify death of victims. The stories are endless especially in a country like Nigeria where every fifteen minutes of everyday, officials of the FRSC are faced with the challenge of getting to the scene of a road crash as quickly and safely as possible. Indeed, the recent gory pictures involving the death of six students of Ibadan Polytechnic in a road crash along Ibadan-Oyo road which trended in the media with helpless bystanders sympathetically watching the victims die while awaiting late arrival of emergency medical services is very depressing.  As if this was not enough agony, in less than twenty four hours, precisely on February 9th 2016, the popular Nigerian blogger Linda Ikeji, exposed to the world pictures of four Reverend sisters that were crushed to death by a truck of a bottling company along the Ikom-Ogoja road whilst first responders to the crash scene were just there looking at the victims with no knowledge of what to do even when the victims were not yet certified dead.  Sadly, these incidents are highly preventable deaths but for very limited opportunities to timely administration of first help measures to the blameless victims. Without a doubt, the road crisis situation has made every road user in Nigeria to become a potential victim of road crash and road travel, a major prayer point for many Nigerians that believe in divine intervention for addressing their very fearful situations.

Despite the excellent qualities of the officers and management of the FRSC which have yielded success in many aspects of road safety, evidence abound that on rescue operations for road crash victims, it is not yet possible for any National Road Safety Agency in Africa to be at the scene of every road crash in a timely approach to offer First Aid measures because of insufficient rescue facilities, logistics hindrances and funding inadequacies.  Unfortunately, precious time lost can mean the difference between life and death for someone waiting for help.  Thus, the recent call on the management of the FRSC by the Minister of State for Health, Dr. Osagie Ehanire to make persons who apply for driver’s license for the first time to undergo a ‘First Aid course’ before being issued a license is highly remarkable and worthy of immediate implementation.
According to the Africa Zone of the International Federation of Red Cross and Red Crescent Societies (IFRC), first aid is a simple yet radical response that would dramatically cut Africa’s rising road deaths. For emphasis, First Aid is a global best practice for reduction of deaths and injuries on the spot of accidents. Credible statistics from the IFRC indicate that 57% of deaths from traffic collisions occur in the first few minutes of the crash and up to 85% of preventable pre-hospital deaths may be due to airway obstruction which often occurs before the arrival of emergency services. This wealth of medical evidence suggests that a `golden hour' does exist for casualties after a road crash’. Within this time, road crash victims stand a greater chance of survival and a reduction in the severity of their injuries, provided, first aid can be immediately and properly administered by even a bystander.

Consequently, the recommendation of First Aid knowledge for all drivers by the Minister of State for Health is timely and comes at a period that there is great need for National Road Safety Agencies in Africa to address their weak rescue capacity through a strategic partnership approach of collective responsibility by all road users. Realistically, compulsory first aid training for drivers as suggested by the Health Minister is not only an  innovation in public health management to mitigate human damage especially on the roads but a first real bid to give impetus to  an earlier endorsement by the Nigerian Government on compulsory training of drivers on first aid and mandatory carrying of first aid boxes in all vehicles during “meeting of experts” at African Road Safety Conference, 2007 a.k.a “Accra Declaration”, a WHO rated most visible credible and concerted effort of African countries to develop unique strategies for reducing road traffic fatalities by half in 2020.

Besides, training of drivers on first aid, the need for the Federal Government of Nigeria to institute a public First Aid training programme for all road users at little or no cost is necessary. This is where road safety NGOs with demonstrated capacity would be expected to bring together their respective resources and capabilities to create first aid awareness and assist the FRSC to train road users on First Aid application by promoting voluntary service and community responsibility. Such a programme if implemented, will serve as a quick impact initiative of the present Government in meeting the expectations of Nigerians on improved road safety measures because the number of people who die as a result of road traffic injuries and other related accidents would be considerably reduced if first callers to accident scenes are able to act effectively before the arrival of medical emergency services.

Thus, prompt implementation of the proposal by the Honourable Health Minister for the FRSC to include First Aid training in its new drivers’ license scheme will not only be a quick win for Nigeria on road fatality reduction but would fit into the ongoing WHO/UN global collaboration on 2011-2020 decade of action on road safety, a vehicle for attracting support of International developmental partners.

In conclusion, given that First Aid is something all Nigerians may need one day or the other, it is therefore important to state that any delay in the implementation of this recommendation on compulsory First Aid knowledge by drivers would certainly expose the lip service attention the Nigerian government pays to the safety of its citizens and residents.  Indeed, it is high time this disturbing issue of poor rescue operations for road crash victims is addressed as a collective responsibility and the present Nigerian government in its change mantra must recognise the need to curb preventable road deaths through effective collaborations. The competence of the FRSC’s focused Management as led by Corps Marshal Boboye Oyeyemi is not in doubt but its ability to fulfill its road safety mandate in attending to road crash victims should lie in expanding community rescue efforts as recommended by the Health Minister, as no single agency with limited resources like the FRSC can serve all road victims in need of urgent attention