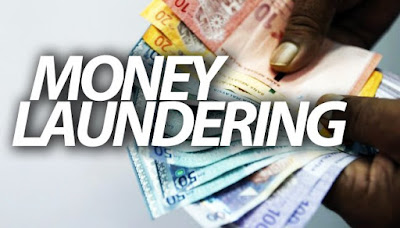 Late last month, President Muhammadu Buhari sent two executive bills to the National Assembly that border on the government’s commitment to strengthen the fight against corruption. The two bills are the Money Laundering Prevention and Prohibition Bill (2016) and the Mutual Legal Assistance in Criminal Matters Bill (2016).


Coming this early in the life of the administration, and in the heat of the government’s momentous anti-corruption campaign, the submission of the two bills was not an ordinary government business. It was symbolic; it signposted, to some extent, the future of the war against corruption and the much needed political will to deal with this canker which hitherto had been lacking.

Ideally, the two new anti-corruption bills should not only excite interest but accepted with garlands and fanfare as another commitment by the executive and also another weaponin the arsenal to take down one of Nigeria’s greatest maladies. Unfortunately, the new money laundering bill leaves a lot to be desired.

The new bill seeks to repeal an existing Money Laundering Act, “make comprehensive provisions to prohibit the laundering of criminal activities and expand the scope of money laundering offences”, according to the letter from President Buhari read by Senate President, BukolaSaraki.

Daily Trust of February 3, 2016, reported that with the bill now before the Senate, President Buhari “has set machinery for the establishment of Bureau for Money Laundering Control (BMLC) to tackle money laundering related cases in the country”.

First, there is a Money Laundering Act (first enacted in 1995 and amended in 2011) of which the Economic and Financial Crimes Commission (EFCC) is the co-coordinating enforcement agency. The current Money Laundering Act is also not known to have any fundamental flaws. Why then do we need a NEW Act and a NEW Agency? It is quite disturbing that the new bill seeks to establish a NEW anti-corruption agency to implement its provisions, if passed into law.

One wonders why a law that has been implemented for several years will now warrant formation of an independent agency to enforce it, more so when there are anti-corruption agencies empowered by the law to bring the Money Laundering Act into force.

Both the ICPC and EFCC laws have extensively covered financial crimes bordering on money laundering. In specific terms, the EFCC Establishment Act has listed the Money Laundering Act as one of the laws that the EFCC can enforce, under its powers. In fact, so central is this Act to the activities of the EFCC that it is the first to be listed in Section 7 (2) (a) of the EFCC (Establishment) Act 2004, before others such as the Advance Fee Fraud and other Related Offences Act, the Failed Banks (Recovery of Debts) and Financial Malpractices in Banks Act, as amended, and the Banks and Other Financial Institutions Act 1991, as amended, among others.

According to Daily Trust, “The Bureau, when established, would ensure that all designated businesses and professions comply with the provisions of the Money Laundering Act and exercise supervision.” This task is something that was and is still being done by government agencies such as the Central Bank of Nigeria (CBN) and the EFCC. There is therefore nothing new that the BMLC will do in this regard.

Perhaps the framers of this new bill do not know, or have chosen to ignore, the existence of the inter-agency Special Control Unit against Money Laundering (SCUML) which has the statutory mandate of registering all designated non-financial business. TheSCUML “works in collaboration with the EFCC (the coordinating agency for Nigeria’s AML/CFT regime) and the Nigerian Financial Intelligence Unit (NFIU) – the national repository of financial disclosures of cash-based transaction reports, currency transaction reports and suspicious transaction reports.” It can’t get any better!Since its establishment in 2005, SCUML has taken the campaign and indeed enforced the registration of Non-Governmental Organisations (NGOs), hotels and real estate business, car dealership, and other real sectors of the economy.


Clearly, a provision in the proposed money laundering bill has given some clue as to those pushing this agenda and the purpose. Daily Trust reported that, “The Bureau would be run through an advisory board to be headed by a chairman who will be appointed by the president on the advice of theAttorney-General of the Federation andMinister of Justice.” One can sense a level of self-aggrandizement to the detriment of the public good.
This new bill, obviously needless as it is, highlights the long standing rivalry that exists between the EFCC and the office of the Attorney General of the Federation and Minister of Justice. And this rivalry is most probably being fueled by top civil servants who endlessly keep looking for more power and perquisitesoutside their legal means.

Similar machinations took place during the tenure of President Umaru MusaYar’Adua when the then Attorney General, Michael Aondoakaa, went all out to pocket the EFCC. In the last dispensation, spurred by vested interest, the 7th National Assembly, predictably acting the same script, worked so hard to make the Nigerian Financial Intelligence Unit (NFIU) into a standalone agency. There is no difference between that distractive move and the current one on money laundering.

The last thing the Buhari administration needs now that the anti-corruption war is gaining some traction is to get bogged down by this rivalry. This is one distraction it can ill afford. What benefit is it for the country to keep creating agencies at a time of acute financial stress, particularly for a government mouthing cuts in cost of governance?

All the relevant laws to fight corruption and economic malfeasance are there. The government only needs to empower the agencies mandated to enforce these laws and where necessary amend such laws if there are any deficiencies.