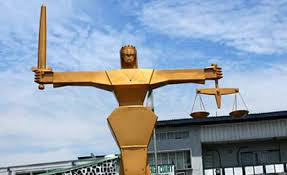 President Muhammadu Buhari deserves the sympathy of the multitude of Nigerians and foreign friends who want him to succeed, the multitude yearning for the change he earnestly promised, that change the country can’t wait to see and which his administration has consistently insisted would be faithfully delivered.


And he alone, no one else, would determine the destiny of this grand promise. But given his well-known passion for rectitude, and the inherenthonesty in his desire to right the wrongs of decades of terrible governance(the worst being 1999-2015), Buharileaves the perception of a genuine leader who would not want to see the promise of change blown away in the long run, let alone just as swiftly as it was made.

In that sense, the motto of the Boy Scoutreadily lends itself as a cautionary guide. This President must “be prepared,”because as he himself can see, danger looms very early in the life of his administration. If ever anything exists that has shown thus far that there’s no pretence to severely hurting his promise of change in its most vital artery, it is the judicial branch of government, that branch whose most visible symbol of a blindfolded lady with a sword in one hand and scales in the other gives the ostensible impression of dispensing justice in the interest of justice. But in reality the outcome of its intervention, more often than not, has been a potential threat to the well-being of the society.

At the apex of this branch is the Supreme Court, adour, supposedly regimented institution with a dubious façade of impenetrability which only serves to mock its folly. Yes, Buhariknows what he is talking about when he asserts at every given opportunity that in this historic task of wheeling the business of governance off impunity, and toward the direction of transparency and accountability, the judiciary is a “major headache.”

Although touted as the “the last hope of the common man,” Nigeria’s judiciary as conspicuously epitomized by the Supreme Court, is indeed the ultimate bodyguard of society’s biggest crooks.

How else does one respond when, even in the exclusive club of the learned folks, there are growing whispers among the discerning senior members of the Bar that most of thejudgments that have issued from this court in recent times are nothing but a devastating blow to the Buhari government’s effort at reining in the impunity and corruption that have for long bedeviled the conduct of elections in Nigeria.

For example, in states such as Rivers, AkwaIbomand Delta, and even most of the South East states where no honest person or group can claim to witness any election in its proper sense, where elections were marred with violence and massive rigging became the order of the day, Nigeria’s retrograde Supreme Court has returned verdicts which, for both the learned and the unlearned, further authorises, recommends, promotes and reinforces the notorious culture of electoral malpractice.

It doesn’t matter which party it affects, some governorship and legislative elections ought to have been nullified and a re-run ordered. It’s so shocking that despite the overwhelming evidence oflarge-scale rigging and violence, nothing in those judgments recommended punishment for such gross acts criminality.

The lesson from the Supreme Court’s decisions is this: As a contestant in an election, make the election a do-or-die affair. Slash, burn, kill and maim as many as try to block your path to being declared winner. In fact, write the results in your bedroom, ensure that you are pronounced the victor by an equally diminished electoral umpire (INEC), and then counsel your opponent to take the enlightened path of going to court, knowing that in the end, the matter will land at our supreme court of injustice where it will be cleared of all doubts and resolved in your favour.

Then you can organize a carnival procession of your supporters across the state, followed by a thanksgiving service at a stadium to celebrate a stolen mandate. Simple as that.

Furthermore, the signal from this court offers an immense ray of hope to the big thieves in the society, and those being interrogated as well as the accused facing trial in the multi-billion dollar Dasukigate scandal. They will now have no reason whatsoever to fret, knowing full well that whenever the matter snakes its way up to the highest court of the land, there will be no shortage of complaisant judges in the chamber.

Lest anyone be deceived, in their effort to completely scuttle the change that is gradually creeping in, diehard conservatives and agents of the status quo are already counting on the judiciary to help preserve entrenched interests.
Justice Ayo Salami, thewell-persecuted former president of the court of appeal in President Goodluck Jonathan’s administration, one to whom you can ascribe anything but flippancy, has already dissected the character of the Nigerian judiciary. Speaking on the sub-theme, Eradicating Corruption in the Nigerian Judiciary, at the 2015 annual lecture of the Nigerian National Merit Award, the eminent jurist observed ruefully: “The problem with the Nigerian judiciary is that some dishonourable people not cut out to be judges got into the system and after that made it to the highest level of their judicial careers.” No sane mind will dismiss that statement in the light of what is happening especially at the Supreme Court.

Salami goes on to advise that to tame corruption in the judiciary, the place tobegin is the appointment of judges. One can’t but agree with him.And Buhari has said if we don’t kill corruption, corruption will kill Nigeria. One can’t also but agree with him. But for us to kill corruption Buhari must start identifying progressive lawyers and judges to be appointed to the supreme court – learned men and women with indubitable track record of judicial activism – to replace the bunch (when their time is due) who dish out funny judgments whose reasons will be given at a future date under the “ruse of law.”

Unless he does this, the cause of change will not be helped.

(Godwin Onyeacholem is a journalist. He can be reached on gonyeacholem@gmail.com)
Posted by PublicInformationProjects at 02:58