Article: PDP’s Charge Against Buhari Is Of Non Compos Mentis 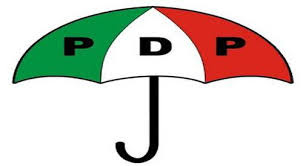 Since assuming power, President Muhammadu Buhari of All Progressive Congress (APC) has been able to unmask mind-boggling cases of corruption under the immediate past regime of the Peoples Democratic Party (PDP). Such heartless looting of our commonwealth has resulted to loss of several thousands of human lives as well as serious economic crisis and ought to be condemned by all, regardless of the political or tribal shade. Yet, typically expected at this juncture—from the PDP apologists—is the mundane mumbling of vendetta, selective justice or what have you. What eventually woke me up is the latest salvo from the PDP spiritual leader, Governor Ayodele Fayose, equating the plan to reform Nigeria ’s Judiciary in the course of the war against corruption to another form of witch-hunt. But this piece is set to compel the idle narratives to finally rest in peace.


First and foremost, the critics of Buhari’s war against corruption cannot in their right senses moot the idea that the culprits did not loot the public funds. They cannot in a straight face suggest that the looters did the right thing. Not surprisingly, rather than welcome the singular will to confront the criminals, the critics have opted to go after the president, stoking the flames of resentment as well as ridicule, however feigned.

The most common jab yet is that Buhari’s anti-corruption sphere does not extend beyond this century down to the Babangida era, at least. But it appears that the naysayers are in conflict with the history. Lest we forget, Buhari’s electoral victory was never a coup against the regimes of Adulsalami Abubakar, Sani Abacha, Earnest Shonekan, and Ibrahim Babangida. It was not necessarily about Obasanjo and Yar’Adua democratic regimes, which President Goodluck Jonathan interestingly claimed to have probed. The change was provoked in most part by the massive corruption in the immediate past government under Jonathan proper.

Besides, if corruption had any semblance to stealing during his tenure, Jonathan had the ample opportunity to have exercised the kind of mandate his supporters now expect from Buhari. That is, Jonathan should have truly probed and prosecuted the looters in the previous regimes beginning with his own immediate predecessor, Umaru Yar’Adua, down to the time of Lord Frederick John Dealtry Lugard. Make no mistake about it, other past administrations have serious questions to answer and must at some point. At the same time, even if Buhari is to eventually travel as far back as Adam and Eve, which is perhaps most equitable, we must not lose sight of the ancient saying: a journey of thousand miles begins with a single step.

Secondly, President Buhari must not be expected to arrest members of APC merely to satisfy the wishes of a cabal whose sole aim is to undermine the war against corruption by any scheme necessary, including inane charges of vendetta, et cetera, et cetera. Unfortunately for them, though, our memory is still fresh. We can still remember that the APC—as the then opposition party—did not superintend the national projects currently being probed by the present government. Moreover, common sense dictates that the political logic of looting public treasury or rigging elections does not favour individuals in the Nigerian opposition parties. It is no wonder then that many of the cases presently preferred against the PDP bigwigs dated back to petitions during the time their party held sway.

The testament for PDP’s pattern of impunity is not difficult to fathom. With the possible exception of Sani Ahmed Yerima (Zamfara), it is not a coincidence that the big-name politicians indicted by Economic and Financial Crimes Commission (EFCC) during the regimes of Olusegun Obasanjo and Umar Yar’Adua were in fact the members of then ruling party. Notable among them were Ayo Fayose (Ekiti), DSP Alammieyeseigha (Bayelsa), Saminu Turaki (Jigawa), Orji Uzor Kalu (Abia), Boni Haruna (Adamawa), Chimaroke Nnamani (Enugu), Adamu Abdullahi (Nassarawa), Joshua Dariye (Plateau), Jolly Nyame (Taraba), James Ibori (Delta), Lucky Igbinedion (Edo), Peter Odili (Rivers); and PDP chieftain Olabode George. And contrary to popular belief, the list above also features the close allies of the then president, Olusegun Obasanjo, particularly Nnamani, Ibori, Odili, Igbinedion and, of course, Olabode George.

Also instructive is that, before APC assumed the presidency, most—if not all—governorship elections overturned in the Fourth Republic saw the then opposition candidates prevailing in the courts over their PDP counterparts who had grabbed power through rigging. Such opposition beneficiaries included Peter Obi (APGA, Anambra), Adams Oshiomhole (ACN, Edo ), Olusegun Mimiko (LP, Ondo), Kayode Fayemi (ACN, Ekiti), and Rauf Aregbesola (ACN, Osun). The same trend manifests post 2015 elections where many PDP candidates, who had claimed victory by fraudulent means, have continued to lose in the courts.

These granular instances only go to underscore the bare truth that PDP cronies were more likely to have engaged in brazen corrupt practices because of a pattern of impunity while their party was in charge. And you can’t blame them. The PDP was, after all, hyped to stay in power for unbroken 60 years. This predicament explains why John Emerich Edward Dalberg-Acton did not mince words when he intoned earlier in time that, “Power tends to corrupt, and absolute power corrupts absolutely. Great men are almost always bad men, even when they exercise influence and not authority: still more when you superadd the tendency or certainty of corruption by full authority.”

Thirdly, if the truth is told, Buhari can be accused of many other things thus far in his democratic regime but definitely not the penchant to absolve his party men truly charged for abuse of office. If anything, the president has made good on his promise that he owes no allegiance to anyone. What has consistently escaped the minds of pundits is that the first set of politicians quizzed by the EFCC included top promoters of Buhari’s presidential campaign, particularly Murtala Nyako, Bukola Saraki, and Musa Rabiu Kwankwaso, to name a few.  If Buhari is as selective as being impugned; come on, there was no way the EFCC could have beamed its light near Kwankwaso, a close ally that delivered in favour of the president 1.9 million solid votes from Kano State.

Still trending in the polity is the palaver about the PDP National Publicity Secretary, Olisa Metuh, who was arrested for his part in the $2.1 billion Dasukigate. His sympathizers believe that placing Metuh on handcuffs or granting him bail on stiffer terms is a clear sign of witch-hunt. But that is total balderdash. Being a spokesman for the opposition party is not a license to looting public money, wreaking havoc or obstructing justice. Unruly suspects typically attract harsher conditions in the criminal justice system world over.

This analysis will not go down well with critics who have always insinuated that their usual punching-bag, the APC national leader Bola Tinubu, is also roundly corrupt and thus deserves a permanent residence at Kirikiri. But enough of the puerile gossip! Though Tinubu can never claim to be holier than the Pope in terms of virtue, it appears that only a divine intervention can convince these gadflies to embrace the gospel truth: The former governor of Lagos State was the ‘Number 1 Enemy’ of the then ruling Peoples Democratic Party of Nigeria throughout its time in power. Tinubu had also been accused time after time in the past, gone to court on a number of occasions, and won his cases fair and square. Whose fault then if the PDP failed to nail Bola Ahmed Tinubu during its long 16 years of dominant regime? Rather than disparage the iconic leader unceasingly, it is time to consider uniting in fairness to prepare a place for the Asiwaju in Nigeria ’s democratic kingdom for bearing the huge cross of the opposition while PDP lorded it over our people.

“Okay, how about Fashola?…What of Amaechi?”, they would query. Then again, the state does not indict its citizens on mere tittle-tattle. Best of all, the Chairman of EFCC, Ibrahim Magu, recently came up with an answer that should place the matter exactly it where belongs. The man said, “Such accusations have come up a lot, but we work with petitions before us. In fact, I am eager and waiting for something from the other side, but nothing has come so far.”

Surely, there should be no scarecrow on the war against corruption. The PDP and its promoters, therefore, have their work cut out. If the genius of common sense still holds, instead of peddling pedestrian accusations, it should behoove them to embrace the challenge from the EFCC chairman: Level true petitions against members of APC on the federal projects currently being probed, lodge them with the anti-corruption agency and make public.

Let me close by echoing with every cadence that opposition is vitally essential for Nigeria ’s democracy and must be encouraged at all cost. But it is necessary to recognize that credible opposition is usually of sound mind and able to demonstrate the capacity to reason. Thusly, the PDP must not continue to pose as if it is opposing the anti-corruption war anyhow. Instead of the hoopla about rule of law on Buhari’s style against corruption, PDP can regain a level of credibility by devoting serious time on alternative solutions to the myriad of problems it brought upon the Nigerian people. Its leaders ought to sense that, while the rule of law remains sacrosanct, the masses are keenly aware that if the PDP ever had any regard for the rule of law, the unprecedented earnings in the past 16 years should have been poured into the public good rather than individual bank accounts.
Posted by PublicInformationProjects at 06:14