Open Letter: Re: Over $2trillion Loot Recovered By EFCC In Twelve (12) Years 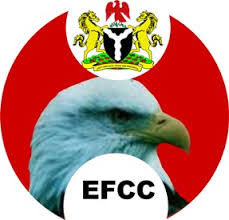 (2)Our Records: Nigeria Spent N124.8trillion ($624billion) In 14 Years (2003-2016); Borrowed $50billion (N10trillion) In 10Yrs (2007-2016), $11.5billion (N2.3trillion) In 18 Months (By Buhari) And Over N400billion ($2billion) In 2016 (By 36 States)
The leadership of International Society for Civil Liberties & the Rule of Law writes to demand concrete answers from your public office concerning the above underlined questions. Recall sir, that your very self had on 2nd February 2016 in a keynote address presented at the ‘First Annual Conference on Financial Fraud, Cyber-Crime & Other Cross-border Crimes’, in Abuja disclosed publicly, among others that “available reports showed that in the past 12 years, since the establishment of EFCC, more than $2 trillion has been confiscated and recovered”. Full details of the report published in the front page of the Vanguard Newspaper of 3rd February 2016; and filed by Ikechukwu Nnochiri is below: http://www.vanguardngr.com/2016/02/money-laundering-efcc-recovers-looted-2trn-in-12-years/.Our findings from the management of the Vanguard Newspaper also indicate that you were not misquoted and that the controversial disclosure was contained in your written keynote speech under reference. Besides, your public office has remained mute on the issue till date.


We make bold to say that based on our recent national investigation as it concerns the totality of public expenditures in Nigeria, the country’s 36 States, 774 LGAs, Niger Delta, the FCT and Federal Government have not spent up to $800billion since 1999 till date; not to talk of over $2trillion; which your very self said EFCC recovered in “12 years since its creation in 2003”. As a matter of fact,  we had on 2nd of February 2016, released a statistically grounded report on the state of public expenditures in Nigeria in the past 12 years; covering January 2005 to December 2016. The expenditures covered the 36 States, the Federal Government, the Niger Delta, the Federal Capital Territory and the country’s constitutionally recognized 774 Local Government Areas’ total public budgets/expenditures, comprising local and foreign loans, grants, internally generated revenues, credit facilities and statutory allocations from the federation accounts, etc.

At the end, we found that the totality of public expenditures in Nigeria in the past 12 years (since January 2005) including the proposed budget of 2016; would amount to a total of $600billion or N118.2trillion by the end of December 2016. The use of public budgets in the report is to capture accurately all public expenditures in the country during the period under reference. The report is contained in the link below: http://www.newsexpressngr.com/news/detail.php?news=19845&title=Nigerian-politicians-squander-N118.2-trillion-in-12-years,-incur-N10trn-debt-in-10-years.

Nigeria Spent N124.8trillion ($624billion) In 14 Years (2003-2016): Our updated findings on Nigeria’s total public expenditures, covering January 2003 to December 2016; a period of 14 years, clearly indicate that a total of N124.8trillion or $624billion would be spent publicly by Nigeria’s Federal Government, 36 States Government, 774 constitutionally recognized Local Government Areas (LGAs), the Federal Capital Territory (FCT) and the Niger Delta Region by the end of this year (2016). The update of ours under reference followed the questionable public disclosure by your public office of “EFCC recovering over $2trillion in the past 12 years since its inception in 2003”. When carefully compared with the above statistically grounded realities, it is totally grounded and correct to say, with all due respect Sir that your referenced public disclosure is alarmingly false and provocatively misleading and deceiving.

In the area of 774 constitutionally recognized Local Government Areas (LGAs) in Nigeria, the Vanguard Newspaper of 13th January 2013; quoting the Federal Ministry of Finance, reported that out of N80trillion budgeted, shared and spent by the three tiers of Government in the country (Federal, States and LGAs) between January 2005 and December 2013; the 774 LGAs got N11.4trillion ($57billion). Between January 2014 and this December 2016, the 774 LGAs would receive and spend a total of N3trillion including N953billion received in 2015 fiscal year. Between January 2003 and December 2004, the 774 LGAs also received from the Federation Account and spent a total of N881.3billion.

According to the This Day Newspaper of 30th November 2004, quoting the Federal Ministry of Finance, the 774 LGAs had in 2003 received from the Federation Account a total of N396.8billion. Between January and July 2004, they received N284.5billion and in the remaining five months of 2004, they received about N200billion; bringing their total statutory allocations from the Federation Account from January 2003 to December 2016; a period of 14 years, to a total of N15.28trillion ($75.14billion).

As you are aware Sir, independence and functionality of the LGAs in Nigeria are chronically castrated by the provisions of Sections 162 (6): State Joint LGA Account; and 7(1): LGA Management by States; making fiscal allocations to them a huge waste and unaccountable.

The Federal Capital Territory (Abuja) budgeted and spent in the past 14 years a total N2.02trillion ($10billion); comprising N1.33trillion between January 2005 and December 2013, N625billion between January 2014 and December 2016 (its 2016 budget is projected), and N59billion spent between January 2003 and December 2004.  That is to say that from January 2003 to end of December 2016; all the federating units in Nigeria, comprising Federal Government, 36 States and FCT, 774 LGAs, Oil Niger Delta or South-south zone; and all authorities and persons holding judicial, executive and legislative offices in the country would have budgeted and squandered a total of N124.8trillion or $624billion in the past 14y years. And out of this staggering sum, only about 30% or $187.2billion (N37.5trillion) was spent on capital expenditures whereas whopping sum of N87.3trillion or $437billion was squandered in recurrent expenditures; comprising personnel and overheads costs or governance running costs.

Over $50billion (N10trillion) Borrowed In 10 Years (2007-2016): Sir, it is an open knowledge that Nigeria’s total public debts, comprising local and foreign loans in the dying days of the Obasanjo’s civilian administration in 2007 was $23.5billion; comprising N1.8trillion or $20billion local debts (at exchange rate of N140.00 per US$) and foreign debts of $3.5billion.

The drastic reduction in the country’s foreign debts was as a result of liquidation of Nigeria’s $30billion foreign debts by its lenders; whereby Nigeria repaid $12billion to get $18billion liquidated. But disappointedly Sir, by the end of December 2016, Nigeria would have accumulated total local and foreign debts of over $50billion or N10trillion excluding the $23.5billion debts inherited from Obasanjo administration in 2007. The recent statistics of the Debt Management Office (DMO), updated to 31st December 2015, clearly indicate that Nigeria is publicly indebted locally and internationally to the tune of $65.4billion or N13.8trillion as at 31st December 2015.

The above figure does not include the 2016 Federal Budget deficits or proposed loans of N1.84trillion or $9.2billion expected to be sourced locally and internationally as well as over $2billion projected loans of the States; contained in their 2016 budgets. Most, if not all the 36 States and the FCT have proposed huge borrowings to fund their over-bloated recurrent expenditures for 2016 including the so called “security votes”.  When all these are added, Sir, the total public debts in Nigeria must have risen to over $75billion or N15trillion by the end of December 2016. Of the $65.4billion or N13.8trillion total public debts as at 31st December 2015, $23.5billion was inherited from the Obasanjo administration, while the remaining sum of $41.9billion was borrowed between 2007 and 2015. By the end of December 2016, it must have risen to over $50billion or N10trillion.

That is to say that $2.2billion or N440billion was borrowed by Federal Government between July and December 2015 under Buhari administration. Further attestation to this was the Buhari’s supplementary budget of N575billion in the 2015 fiscal year approved by the National Assembly. Also, in the Federal Government budget proposal of 2016, a total of N1.84trillion is earmarked for borrowing; out of which N948billion will be borrowed from the local sources and N900billion from foreign sources.

Consequently, Sir,  we hold that your public disclosure to the effect that “EFCC recovered over $2trillion in the past 12 years since its inception in 2003” is unpardonably fallacious, incorrect, unscientific, guess work, unverifiable, misleading and deceiving. As you are aware Sir, the Economic & Financial Crimes Commission (EFCC) came into existence in 2003 following the enactment of its Act on 13th December 2002. And most of its locally and internationally commendable jobs reached their peak between 2004 and first quarter of 2007.

Another reason for this letter of ours is to expose how Nigerian politicians or public office holders, majorly using PDP and APC political tunnels had in the past 14 years (2003-2016) squandered N124.8trillion or $624billion public funds with little or nothing to show for it in terms of real mass poverty alleviation of over 170 million other Nigerians. This is more so when the state of key public infrastructures in the country is nothing to write home about.

Till date, most Nigerians are not aware of any meaningful capital or public oriented project that has been awarded and being executed by the Buhari administration since it took over the country’s presidency in June 2015. The provision of human security or social security in the context of economic security, health security, environmental security, food security, personal security, community security and political security appears to be a mirage, strange and anathema to the present Federal Government led by Gen Muhammadu Buhari.  What seem to be in vogue and exist in the lexicon of the present administration in Nigeria are figure-mania, propaganda and falsehood.

This letter of ours is also meant to expose the destructive culture of “borrowing to squander”  in Nigeria whereby the future of the country and its people is now dangerously tied to destructive and serial indebtedness or loans; secured and squandered by only 17,500 public office holders in the country; leaving over 170 million others to perpetually suffer in abject poverty.

Lastly, Sir, we wish to acknowledge a letter of reply sent to us from your public office, dated 25th January 2015 and referenced: PEI/CRD/2995/1/7, which was in response to our earlier letter to your public office on burning justice issues involving Citizen Nnamdi Kanu & ors, dated 13th of December 2016. Its content has since been perused and noted. We thank your public office for the response.