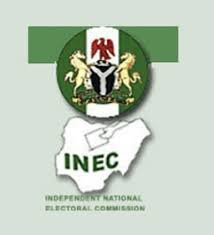 It is a known fact that no democracy survives without a conscious well organized opposition party, suffice to say there is need to have a virile opposition party that will serve as check against the excesses of any sitting government. It is however imperative that any attempt to ensure the forgoing be founded on profound concerns, to propel better direction to the leadership.


Sadly, since the reinstallation of democracy in 1999 birthing Nigeria’s fourth Republic, we are yet to enjoy the productiveness of virile opposition in Nigeria’s political dynamics. The Nigerian experience of opposition echoes highly subjective propagandist approach to opposition that is devoid of national interest-driven policy content required to offer viable alternative to sitting government in the realm of ideas and actions.When People's Democratic Party was defeated during the last election, it was our expectation that they will form a better informed opposition party having been privy to leadership of the country for 16 years, but to our collective disadvantage, the PDP and its dominant actors are prosecuting the justified art of opposition by dishonourable means; allowing sentiment to becloud rational reasoning.

Of particular note is the persistently uncultured disposition of Governor Ayodele Fayose of Ekiti State, a man whose mandate has remained highly questionable based on the aftermath report of roles allegedly played by some military officers during the state gubernatorial elections who of recent, has assumed the spokesmanship of the opposition party. While there is nothing wrong in being selected, it is obvious to any who cares to look that he lacks the intellectual and professional profundity to wield the microphone for an opposition party. Most importantly, one would expect him to demonstrate maturity by acknowledging his deficiencies and deferring his position to a more competent voice or take the other noble path by resigning as Executive Governor of Ekiti state, brushing up his PR skills before accepting to be the spokesman of PDP. Too many cooks spoil the broth, but what is the consequence of one cook for too much menu? The juxtaposition of important roles no doubt increasingly waters down his already pathetic capacity to act as a political actor on both fronts.

For someone who emerged governor from the malapropisms of ‘stomach infrastructure’, a campaign strategy that scorns the deprivation of the Nigerian people, one would  expect that he face the task of governance with sharp focus and deliver to his people dividend beyond the 'stomach infrastructure' and denigrating show-biz pictures of buying and selling. Rather, his recent policy dynamics deliberately veers against the same people who elected him and for whom, he was to serve. In a selfish attempt to increase state revenue by exacerbating the misery of the already impoverished masses, Fayose insists that students would have to pay one thousand naira instead of devising and undertaking viable policy measures to promote inclusive wealth.

He was a major voice that criticized the appointment of Prof. Mahmood Yakubu when the latter was announced as new INEC boss, without any genuine reason except that PMB is sectional. Then, we wondered what his interest was when he made that uninformed criticism of the man then, but now, his recent call for the sack of INEC boss after the Rivers Re run election shows he has something to hide.

It is no news that members of the Nigerian political class often throw caution to the winds during electioneering we must therefore reiterate that they become circumspect and allow the new man deliver on his mandate without fear or favour. Emerging events after the appointment of the new INEC Chair and particularly, from the re-run elections have demonstrated clearly that the former INEC boss Jega hid several important matters from the public glare as due diligence and thoroughness appears to have been compromised on his part. This was even more possible because of the gullible nature of most of our political office holders, whose sole interest is to win elections at all cost regardless of consequences on the people and the polity. Now we are paying for it as a nation.

Governor Ayodele Fayose needs to be cautioned at this point to desist from his reckless antics. Buck-passing blames for the violence that rocked Rivers State Re-Run elections to the desk of INEC chairman, is uncalled for and barbarian in nature and one not expected from a sitting Executive Governor of a state that prides itself as constituting the  most personality of literates in Nigeria. His rush to make calls for the removal of INEC Chairman even before the post analysis of the Rivers Re-Run election betrays the baseness and debauchery of his personality unworthy of a statesman. Why didn't he make this similar call for removal of Prof. Jega then when it was obvious that the foundation for the last general election was questionable? Since when has it become the duty of INEC boss to provide security during elections? When the two titans Governor Wike and Former Minister Amaechi were threatening thunder and fire to the extent that one could hardly identify the candidates contesting the re-run elections to National Assembly and State House of Assembly what intervention did he as a sitting governor make to caution them against inciting the masses?

Why must INEC Chairman be held responsible for the failures of the selfish and uncoordinated and unorganized political class that we have in the country?

Governor Fayose should be cautioned not to provoke another ethnic discord again to exacerbate the woes we presently face as a nation. It is imperative also that the leaders of thought from the South West should as a matter of urgency call him to order so as not to further enflame the already heated polity.

It must be acknowledged that the present INEC chairman inherited the dysfunctional operations and workings of the electoral umpire; what the former INEC boss, Attahiru Jega didn't set well is playing itself out.  The last elections were adjudged the worst executed as the new principles introduced didn't work at all. Why did we have such magnitude of cancelled elections, the highest occurrence recorded thus far in Nigeria’s history despite the huge fund that was made available?

Instead of calling for removal of INEC chairman at this time, a reasonable nation should look into devising means of strengthening the powers of the Electoral umpire and ensure that the aspect of punishment for election offenders be implemented at least for once; also urgency attached to tribunal matters should be extended to disciplining electoral offenders. A review of Uwais Report should be put in the front burner among other deliverables needed to correct the electoral anomalies of the past. These and several issues are the conversations expected to be going on among serious minded Nigerians that want INEC as an institution of the state to work rather than brash calls for the sack of a blameless constitutionally-limited Chairman.

We by this reiterate our firm believe in and support of the leadership of Prof. Mahmood Yakubu and advise that he should not allow detractors distract him. We believe that he will reform the INEC in his best capacity and make it a reliable institution so that after his tenure the Commission can be self-regulating regardless of his successors.

(Dosunmu is of Movement For Credible Elections in Nigeria)
Posted by PublicInformationProjects at 03:21