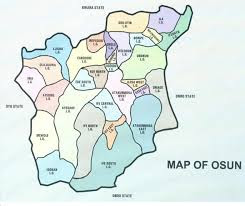 
At a period of global financial failure like this, fears on the part of the people cannot be said to be misplaced. It is therefore comforting to know that the governor has assured Osunians that the new councils were created primarily to bring "development to the people", manage "the markets", and generate "more revenues, amongst others." Good also that he has allayed the fears of human and material resources with which to power the third tier of the administrative structure, taking into consideration the socio-economic and geo-political realities on ground in the country. With these additional administrative council areas in place, one expects that local government administration will be brought nearer to the people.

Again, while not conceding its comparative edge in administrative purposes over the building of a pattern of dominance, it will also go a long way in removing some of the inconsistencies and confusions associated with local government administration. And, since the system is participatory in nature, opportunities for broadening the potential for societal capacity building, accountability, transparency and openness cannot be overlooked. Above all, the glorious roles of our traditional rulers as the embodiment and custodians of their community's customs and traditions, which successive constitutions have tragically failed to appropriately clarify, will by this laudable step become enhanced.

However, beyond the politics and emotions usually associated with great ideas like this, the question before careful political observers is: has the governor breached any law of the land by creating these lower administrative centres? In my unlearned estimation, the 'inchoate' judicial pronouncement of the Supreme Court in the case of Attorney General of Lagos State v Attorney General of the Federation (2004) 20 NSCQLR 90 on the operation of Local Council Development Areas (LCDAs) in Lagos State and, by extension, Nigeria has settled that! This is even as Nigerians are of the view that the refusal by the National Assembly to do the needful as required by law tends more towards the political than the  altruistic.

I have commented in one of my previous interventions that being a governor and a paymaster is a matter of choice. Without doubt, each has its rewards. But it depends on how one wishes to live and be remembered! Harvey Firestone put it beautifully when he wrote: "The growth and development of people is the highest calling of leadership." Needless to repeat that Aregbesola has opted for the noble path of serving his people with all of his might and has so far discharged his responsibilities creditably. Essentially, while the benefits derivable from the governor's action should not be lost on Nigerians, kudos must be given to the government that has, in spite of all odds, been struggling to meet the demands of its people, especially at a time when what comes into the state's coffers from the Federation Account is not even enough to pay for 20% of the state's workforce.

Progressive-centric propensity notwithstanding, sentiments and emotions are essential ingredients of politics.  So,  how long is an 'inchoate' journey of Local Government creation and who do we blame for the fate of Lagos State? why are we our own enemies  and  where are those powers that are using the good things of life to deny the South its pride of place in Nigeria? Even, if our fathers have eaten sour grapes, for how long shall the faults and evil propensities of the parents, not only transferred to the children, but also punished in them? Where are the popular superstitionists and  perennial deal-fixers who are using the good things of life to curse us in the South? In like manner, where are the professional pacifists who see and take Osun State as a gorgeous hall and concert room where sorrows are carelessly  danced away? As a matter of fact, who would ever have thought that the road linking Ijebu-Jesa with Ijeda-Ijesa which had become impassable to motorists since the early 1980s would take more than two decades to fix?

Olusegun Obasanjo spent eight years as Nigeria's president but ended up as the worst enemy of the South. Goodluck Jonathan, another victim of good luck, spent six years without caring a hoot about righting the wrongs of  his lord and master.  Ernest Shonekan who, from all indications, was only anointed for snail and tortoise assault on our psyche did not even stay long in office to fulfill his pseudo-democracy destiny.

Come to think of it, close to threescore years after independence, Nigeria remains a strange nomenclature mendaciously concocted by her colonial manipulators. Like a barber's chair, motioning perpetually without any monumental movement, dear country is fast becoming a disintegrating enclave, a culture of discordant policies and a hutment  of prosperity in a quicksand of adversity; nothing but a game of dubious smartness, or smart dubiousness. Little wonder every shed and hamlet in the North is shredded as Local Government Areas while towns, even cities in the South are falsely lumped together as one Local Government. For instance, I observed during my national youth assignment in 1997 that what constituted Talata Mafara and Bakura Local Government Areas in Zamfara State hardly extended beyond Talata Mafara and Bakura townships and I doubt if the situation has changed.

A country without values has no future. What more? Democracy allows for openness and inclusiveness. In other words, while it may be difficult to have a proper grasp of the nature, structure and texture  of political patterns  and trends without understanding her colonial legacies, it is only when the vestiges of inherited colonial structures and legacies are exorcised that an independent Nigeria can become truly redirected along the principles of justice, efficiency, equal opportunity and "freedom in socio-political relationships." Stated in clear terms therefore, if creation of LCDAs is at a time like this in the history of Nigeria capable of meeting the governance and development needs of the people, what stops Aregbesola from acting in the interest of his people?

May powers, assigned to rubbish our founding fathers'efforts, backfire!

(Komolafe writes from Ijebu-Jesa, Osun State, Nigeria. He can be reached via: ijebujesa@yahoo.co.uk)
Posted by PublicInformationProjects at 02:19