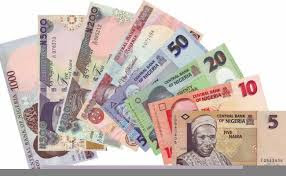 The most effective indicator for measuring and evaluating the state of a country’s economy apart from GDP is the currency of a nation. Most countries of the world keep their foreign exchange reserve in dollar.  United States dollar is the global currency of transaction and business dealings due to its effectiveness in retention of value and it’s readily convertibility.

Nigeria has the ambition and desire to join G20 countries but all of these countries have reasonably managed their currencies. United States and countries of G20 countries with comparative stable currencies still use their lower currency denominations unlike Nigeria.

US Dollar did not become the dominant, primary and global reserve currency out of affinity for United States but for its ability to maintain its value, stability and durability.  Therefore why Nigeria with oil as its major source of foreign exchange could not retain its smaller currency
denominations of 1kobo, 25kobo, 5 Naira etc?

With this prelude let’s evaluate and analyze the present state of naira. There was once upon  a time in Nigeria, when smaller naira denominations including  one kobo, 5 kobo, 25 kobo, N1 naira, N5 naira were in circulation, used for business transactions.  What happened to these smaller currency denominations?

Let’s be logical and serious here, everybody knows that inflation and devaluation brought about the vanishing of kobo and smaller naira denominations. It is so sad that Nigerians of younger generation have never seen one kobo or five naira note.

In case of inflation, the monetary and fiscal policy makers failed the country. The country in 1970s and 80s were spending excessively.  The governors of Central Bank of Nigeria of those years were poor guardian of monetary policy with limited knowledge on how to maintain price stability and healthy macroeconomics immovability. Instead of them to be mopping liquidity, they open water tap of liquidity to overflow the monetary base. By so doing, inflationary trend escalates and value of naira commenced to depreciate.

Another heavy blow to naira was when the International Monetary Fund (IMF) compelled Nigeria to devalue her currency in the so-called structural adjustment program, a mechanistic policy that brought the massive devaluation and subsequent fall of naira.

Therefore on the IMF assessment of Nigeria’s liquidity management, I was not surprise on the analysis by the IMF assessors. Let me make this clear, I still hold IMF in high esteem. But when it comes to devaluation and shock therapy that were administered by IMF to struggling economies, I will part way from the respectable institute.

Liquidity management assessed by IMF on Central Bank of Nigeria was right on the money. It highlighted the inflow of the revenue from oil export into the economy and its volatility.  Excessive liquidity and overspending were underlined as detrimental and overbearing to the economy:

Nigeria‘s earlier whopped and lopsided fiscal and monetary policies contributed to the fall and unravel of naira. There was no urgent need for the herculean devaluation of naira to appease IMF in the 80s because the country did not have arrays of products to export in order to enjoy the advantage of lesser strong currency from competitive global market. Nigeria has oil to export even with the artificial oil glut in the 1980s, the higher price of oil was bound to reemerge due to the rising demand from China and India.

But the then Nigerian policy makers and governing financial leaders were impatient and could not have the courage and patriotic instinct to say no to the masterly IMF.  The big house and power of international financial institutions including World Bank , Paris Club, London Club and of course IMF intimidated and overwhelmed Nigeria chieftains that probably lacked the intellectual and pragmatic capability to defend the emerging naira.mThe naira was not protected and it gradually and steadily loss its value and strength as a consistent medium of exchange for Nigerians.

In spite of the recorded achievements of Sanusi’s CBN particularly the banking reform and capitalization there were also excessive and pitfalls that were also acknowledged by IMF in the recent report, because “despite improvements in liquidity management framework, markets appeared, at times, confused about the signals sent from use of specific instruments. For example, in October 2011, the CBN responded to pressures on the currency and prices by hiking the MPR by 275 bps and doubling the CRR to 8 percent. Then, the CBN immediately reversed the impact of these measures by purchasing nearly two trillion of the Assets Management Corporation of Nigeria (AMCON) bonds and thereby injecting substantial liquidity in the intervened banks."

Weimar Republic and present day Zimbabwe government were prime examples of nations that hyperinflation took away their currencies market integrity. These might be extreme examples for Nigeria which is still far away from the given scenarios. But it is logical and sensible to buttress these experiences inorder to show that the road is not worth traveling and those experiences are not necessarily far-fetched.