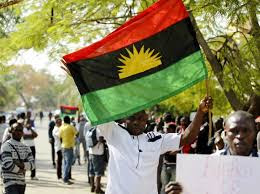 On Monday, the 21st of March 2016, the Nigerian Defence Headquarters represented by General Abayomi Olonisakin inaugurated what it called a 12-man committee on human rights. It is not clear if the Defence Headquarters is acting based on Section-5(1) CAP A20 L.F.N. 2004 or that General Olonisakin is trying to save the life and career of the  never-retiring Lt.-Gen Tukur Yusuf Buratai who will end up at the prison yard, courtesy of the International Criminal Court (ICC) in The Hague, just like his Commander-in-Chief, Retired Major General Muhammadu Buhari would soon go to jail as well in The Hague for human rights abuses and extra-judicial killings. During the inauguration of the so-called human rights committee, General Olonisakin noted that “each member of the committee was invited to look into the complaints of human rights abuses leveled against the military” and “urged the committee to expand their focus beyond the North East, to also include other areas of contention including the issues emanating from clashes with the Islamic Movement of Nigeria (IMN), Indigenous People of Biafra (IPOB), and Rivers State election rerun amongst others.”


General Olonisakin also stated that the Armed Forces of Nigeria is “always guided by global best practices, Rules of Engagement (ROE) for military operations other than war as well as Codes of Conduct for internal security operations.” On the other hand, he warned that the Armed Forces “would not sacrifice professionalism on the platter of lawlessness or extra-judicial conducts of anybody or groups.”  The terms of reference of this committee include “collation and documentation of written complaints, as well as investigation of all the alleged rights violations, interface with human rights bodies, recommend appropriate sanctions where necessary and advice generally on modalities to curtail violations of human rights by troops.”
It is very laughable that the so-called committee on human rights which was meant exclusively for the North-East of Nigeria was suddenly given the mandate to operate elsewhere in Nigeria as a face-saving measure to divert the attention of the public and the ICC from the upcoming criminal prosecution of Lt-Gen Buratai, Muhammadu Buhari, Solomon Ehigiator Arase, and other accomplices to the massacre of defenceless Biafrans which started seven weeks after the swearing-in of Buhari as Nigeria’s president. Is it possible for General Olonisakin to point at any report in the public domain from any committee that was set up to probe any of the killings in Biafraland? In 2013, some committees were set up by the Senate and the NBA to investigate the mass murder of Biafrans and dumping of their bodies in Ezzu River but the committees‘ reports were never made public. Even former Governor Peter Obi’s Ezzu River Autopsy Report is still hidden in government house at Awka.

On the other hand, how can the military be investigating crimes committed by itself and expect to get useful outcomes, in addition to the fact that this committee is not headed by a reputable Judge but rather the committee is mainly an assortment of retired and retarded members of Nigerian military?  How can a murderer investigate his own crime? This is another waste of public funds in a country where the average citizen lives on less than half-dollar in a day.

Instead of spending so much money on logistics and other related expenses on this committee, we STRONGLY advice the Defence Headquarters to use this money to hire a formidable defence attorney who will defend them at the upcoming court case at the ICC. Perhaps, the attorney may be able to reduce by a few years, the imminent long jail terms for Buratai et al. Therefore the public should not be deceived by the red-herring strategy of General Olonisakin and his cohorts because Buratai and his co-murderers are prison-bound irrespective of the so-called committee on human rights.

This committee is nothing but a deceit and a charade!!!