A Crooked Studentship And The Clap For Corruption In Nigeria 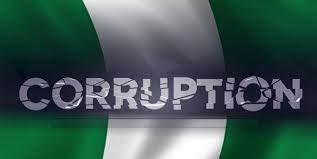 Even as one struggles to make room for optimism in the destiny of Nigeria in these unsettling times, without doubt in the hope that those who now hold the levers of power will somehow manage to begin tofind solutions to some of our lingering pains, some odd incidents take placeand feed one’ssubconscious desire to remain an incurable pessimist.


These random events, which occur in all areas of our national life, often portray the monumental decay that has spread through the society.Thus, every area you can think of, regardless of its origin and history, stinks to high heavens.

But where it willfully breaks the heart is with the youth, the so-called leaders of tomorrow, majority of whom are graduates of tertiary institutions but have stubbornly stuck to ignorance and all the vices perpetrated by errant elders and deviant peers. They are equipped with all kinds of paper qualifications, from higher diplomas to higher degrees, yet they are without knowledge and perception, nor any form of purposeful bearing. Little wonder the one-time governor of the Central Bank of Nigeria, Professor Charles Soludo, according to reports, once said a good number of Nigerian graduates are “unemployable.” Not that their younger ones in high school are any better.

There are heaps of anecdotes concerning thepathetic level of intelligencedisplayed by our youth that should worry any one that is passionate about Nigeria’s future. But one will recall just three, as presented by the two illustrious Dares(Professor Olatunji Dare and Dare Babarinsa) at the apex of Nigeria’s vibrant journalism; the one, an accomplished journalism teacher and talented prose writer with a knack for satire, and the other a founding member of TELL magazine, consummate newsman with a rare grasp of history, and now editor-in-chief of Gaskia Media Limited.

Writing under the heading, Our Endangered Value System, in his back page column in The Nation newspaper published March 29, 2016, Professor Dare regretfully noted that Nigerian schools have stopped teaching history as a discipline, and thus referred to a scandalousreport which he said revealed thatstudents in high schools in Ogun State know more about Obafemi

Martins the footballer than ObafemiAwolowo, the politician who brought free education to western Nigeria. It’s as bad as that.

On his part, Babarinsa, during a heartfelt discussion with a small circle of friends on the quality of present-daystudents and graduates of Nigeria’s universities, narrated his encounter with a group of students in the social science faculty of a state university in the south-west who paid familiarisation visit while he was editor-in-chief of the now rested Westerner magazine.

He said as the exchange went on, he was shocked to learn that none of the students knew the name of the founder of their university or who he was. When he then mentioned the name, he said some of the students scratched their heads and replied that they had heard the name before but they could not be sure whether the person ever served the state at the highest political level.

Babarinsa’s second of his many tales of unimpressive abilities on the part of contemporary university students was recorded at the University of Lagos from where he also graduated in mass communication more than three and a half decades ago. On that occasion not too long ago, he had returned to the campus to deliver a lecture to a hall that was jam-packed with students. In the middle of his talk, he asked the students to tell him the name of the first vice chancellor of the university. At that moment a pin-drop silence descended on the venue, with the students staring blankly as not one of them remembered the departed erudite scholar, Professor EniNjoku.Babarinsa said he was stunned beyond belief by this crass display of pure ignorance. In those good old days, this was an answer any primary school pupil would easily supply.

But these days our university students and products of related institutions would only be able to perfectly reel off names of rappers and disc jockeys as well aspostcountless meaningless materials on Facebook, YouTube, Instagram and the like with a disarming ease. Today, chances are there are more university graduates from Bayelsa State, for example, who have never heard of Isaac AdakaBoro, even though there is a park with that name in Yenagoa, the state capital. Try asking them who AdakaBoro was, and they are likely to tell you he was one of the early Portuguese missionaries who journeyed through the AtlanticOcean to settle in Ekeremor.

When the youth of a country, young men and women who are supposed to be the vanguard of change in their country evince such level of horrendous intelligence, just know that such a country is in deep trouble. Any development whatsoever can only be in the opposite direction.

That is why the behaviour put up by students at the University of Lagos during a roundtable on winning the war against corruption is not surprising; it only reduces one’s hope for the prospects of a positive future for our country. In an era of crooked studentship, that kind of disgusting behaviour and worse, is what we would be treated to on a regular basis.

It is sad to say that for majority of young people, the main purpose of seeking university education is not to acquire knowledge that will legitimately improve their lives and equip them to help correct societal ills. They are in the university just so they can lay their hands on a certificate that will potentially facilitate a connivance with the wreckers of the society who are both in government and the corporate world.

That is why students will clap, rather than stone a man who stood before them to rubbish the ongoing, unprecedented fight against corruption – a vice that has systematically depleted their lives through low quality education and appalling living conditions. Yet these students are not seeing the severe damage corruption is doing to their lives.

In a more discriminating society, where students place great premium on their future, they would have complemented government’s effort by taking up the front seat in the fight against corruption. They would by now have appropriated the fight by camping out at the National Assembly and would not leave until allegedly corrupt politicians stand down to face justice.

Students will march to the courts each time those accused of stealing government funds and property are brought for trial, protesting how corruption has diminished the society and calling on the judges to promptly send looters to prison. Not in this society, where students are anxious to graduate by any means so that they too can quickly enroll in the club of the corrupt.

But Femi Aribisala, a pastor whose theological/political effusions chain the soul rather than liberate it, should count himself lucky. In the days when students’ consciousness was anchored on the right values, he would not only be shouted down, he would be pelted with all kinds of objects until he vacated his seat on the panel. Indeed, he would be lucky if he left without any harm.