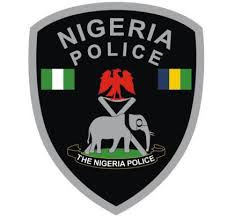 The Police force is the physical embodiment of a representative government, the closest manifestation of democracy to the people.  It is not far-fetched to describe the police force as the face of a government. The state of the police force - its appearance, psychology and respectability delineate the worth and priority of a nation to a tourist and potential investor.


In America, Britain, Japan and industrial nations the appearance and ambiance of the police men and women speaks a volume, if not a thousand words about those nations. These aforementioned nations   held their police force in high esteem and duly reward them with attractive salaries and benefits. Nigerian cannot be an exception if she is serious about building a respectful and prosperous democratic nation.

Nigeria needs to completely overhaul its police institute with a comprehensive reform that will usher in a seasoned and improved trained police men and women. Nigeria‘s reform of the police will not be a piecemeal, where many issues affecting the force will be relegated to the background for a quick fix. A comprehensive solution will be a panacea to the end of the deficiencies associated with policing in Nigeria.
Nigeria cannot be a nation with a progressive economy without astute security apparatus. Capitalists and investors must perceive a sense of security in Nigeria before putting their capital in the country. Security and peace will make Nigeria attractive to investors. There must be a strong law enforcement apparatus if Nigeria will make a head way in becoming one of the twenty largest economies by the year 2020.
Salaries and Wages
All things being equal, the police force cannot rise to the occasion of protecting lives and properties on empty stomach. Both literally and figuratively the core men and women of the force are starving. Their penury situations cannot allow them to be all they can be. They are victims to corruption thereby debasing their profession of upholding law and order. When reasonable and livable salaries are paid, they become true professionals and the bad fruits in their midst can be detached and rid-off from the force. To enhance and dignify the police force, who is assigned the awesome job of fighting crimes in Nigeria, they must be richly compensated and the perks must be made appealing.

Equipped police force
For Nigerian police force to become equal to the assigned responsibilities of fighting crimes and upholding justice, it must be equipped with the necessary materials including functioning communication system, efficient vehicles and reliable armaments to deter and destroy targets.
Educated police force
An enlightened police force must be realized by setting up institutions of higher learning dedicated to educating the police community. The curriculum must be geared toward making a dedicated citizen whose civic duties comes first. They must be exposed to the history and politics of the country and must be educated on the inner workings of the governments. Educated and enlightened police realized that the protection of lives and properties are supreme to a well manage and progressive state.

The colonial modus operandi of governance from top to bottom has been proven unworkable and obsolete. Nigerian police must formulate a policy of administration and operations that ascends with acceleration supervision from bottom to top.

The local governments should be allowed to create and have their autonomous police force, while the federal and state can maintain the status quo. Police men and women should come from the neighborhoods and communities that they are protecting. Abuja headquarters should not control the entire police force structure from the far distant center. The local governments must be empowered because of their proximity to the people at the grassroots.