Article: Nigerian Governmentt Must Stop Rejecting The Naira As A Legal Tender 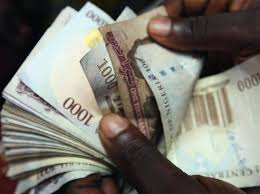 Section 20 of the CBN Act of 2007 clearly states that the Naira “shall be legal tender in Nigeria at their face value for the payment of any amount.” Yet this law has meant nothing to many Nigerian businesses which commonly reject the Naira in preference to the US Dollar. But these businesses are not alone. The Nigerian government is also guilty of the same charge. Perhaps this practice is not new by any stretch and far predates the current Buhari government, but an eye-witness account below exposes a specious dynamic.


Ikenga, a fellow Nigerian citizen resident in Houston , Texas , is a researcher in an international Oil & Gas project. Not long ago, the funding group voted to cite its multimillion dollar project in Africa , and Ikenga passionately lobbied for a Nigerian destination. Along with three expatriates he entered Nigeria this March to explore the project feasibility. Ikenga had arrived Nigeria with his Nigerian passport and planned to travel back into the US with his American passport since he is a dual citizen.

On departure back to the United States , he was informed by the officials of United Airlines that he might not travel because his Nigerian passport had expired a month before. Ikenga was told that such cases typically require a $200 Nigerian Visa in order to travel back to the United States of America . Yes, a Nigerian Visa to travel to USA !  If you have a problem connecting the dots, please you are quite in order… Be that as it may, the manager at the United Airlines, Mrs. Sue Gongul, was kind to intervene with uncommon leadership, untangling the quagmire with candor, and finally stating that the Nigerian Visa charge is usually waived if the passenger could show any proof of having paid for Nigerian passport renewal fees anywhere.

Ikenga quickly explained that he had indeed paid the e-passport renewal fees of $106, but it was not processed before his trip due to another bizarre experience very deserving of another perplexing thesis. In any case, he was advised to authenticate the receipt at the Nigerian Immigration Service (NIS) office at the Murtala Muhammed International Airport (MMA) Lagos .

Now at the NIS desk, Ikenga’s predicament seemed not to matter to Mrs. C. A. Dibi, the Comptroller of Immigration on duty at the airport on March 22, 2016. Mrs. Dibi wasted no time to insist that the $200 must be paid regardless. Having missed his flight a night before due to a heavy Lagos traffic provoked by long queues at fuel stations, Ikenga simply accepted to pay the charge—even if that could finally prompt his traveling project team to say ‘bye-bye to Nigeria’. But this piece would not have made it to the reading media if the payment or the amount was still the problem.

The emergent problem is that when Ikenga requested to make the payment with the Naira equivalent of the $200, he was told point-blank by Mrs. Dibi that the NIS —a primary agency of the Federal Government of Nigeria—does not honor the local currency for the service being rendered. In Dibi’s words, “Go and ask anywhere; we do not accept Naira for visa fees.” In other words, though Ikenga had the Nigeria ’s currency to tender, a comptroller of the nation’s Immigration Service encouraged him to employ the services of the illegal “Black Market” to change the naira into dollar. Obviously dazed, Ikenga grudgingly made the payment after buying the foreign dollar at the illegal rate of N323 instead of the naira equivalent at the official rate of N198. Ikenga’s view of Nigeria since then, including any notion of attracting foreign investment to his beloved native country, is better imagined than written.

The whole scheme is pennywise pound-foolish for Nigeria and ought to stop henceforth. While plucking dollars by hook or crook from expatriates or Diaspora Nigerians may appear superficially attractive, the illicit pattern does nothing but continually weaken the local currency, since there has been an ocean of naira competing for the few dollars in the marketplace. Even worse, the pattern not only typifies endemic corruption, it also serves as an echo chamber for Nigeria ’s shady image.

In attempt to shore up foreign investment, President Muhammadu Buhari has been doing a marvelous job shuttling outside Nigeria to salvage our battered image. But his tireless efforts will amount to naught if the government is seen as promoting shady schemes targeted against expatriates inside the country. Moreover, the president made the appreciation of the Naira a campaign issue. Though he is understandably still blurred by the dizzying economic blues from the immediate past regime, any hope for the International Monetary Systems to appreciate the very naira without the desired example by Nigerian government agencies is sheer wishful thinking.

(Ogbonnia can be reached via: SKCOgbonnia@firsttexasenergy.com)
Posted by PublicInformationProjects at 05:48