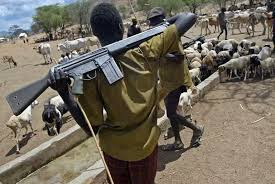 The Janjaweed are a militia that operates in Darfur, Western Sudan, and Eastern Chad. Using the United Nations definition, the Janjaweed comprised Sudanese Arab tribes, the core of whom are from the Abbala (camel herder) background with significant recruitment from the Baggara (cattle herder) people(source: Wikipedia 2016).  Since 2003, the Janjaweed has been a major player or party in the bloody conflict in the Darfur region of Sudan; fighting the Sudanese Liberation Movement/Army and the Justice and Equality Movement. The violent conflict killed 200,000-400,000 civilians between 2003 and 2007 with hundreds of thousands of others maimed and millions of others displaced. In 2008, the United States declared the killings in Dafur as genocide and attempts to wipe out African tribes of Darfur in Sudan. The Sudanese Janjaweed is commanded by Sheik Musa Hilal; named in 2004 by the US State Department as one of the leading Janjaweed commanders and genocide criminals in Darfur Sudan.