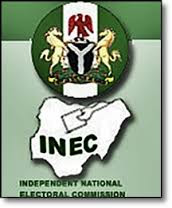 Non-Conduct Of Outstanding Legislative Re-runs In Imo, Anambra & Rivers States Is An Invitation To Anarchy


It is recalled Sir, that Nigeria had on 28th of March 2015 held federal legislative election into the country’s existing 469 federal legislative seats; made up of 109 senatorial seats and 360 federal house of reps seats. By the country’s 1999 Constitution and its Electoral Act of 2010, judicial enquiries into any dispute associated with the outcome of any legislative poll so conducted, must end in eight months or within eight months; starting from 21 days after the official announcement of the results. The available laws further provide for conduct of a post election rerun or related others in 90 days or within 90 days, on account of nullification of the original poll and ordering of new one by a court of last instance (i.e. Court of Appeal). That is to say those legal disputes associated with the conduct of polls into the country’s 469 federal legislative seats on 28th of March 2015, mandatorily commenced in April 2015 and mandatorily concluded in December 2015 (six months of procedural proceedings plus two months of appellate proceedings), while the appellate court ordered reruns or related others; must be commenced and concluded in March 2016. These laws and judicial orders have been observed in gross breach by your electoral Commission till date.

It, therefore, saddens our heart that over 12 months after the country’s federal legislative poll was conducted, a number of outstanding reruns abound. Presently at the Senate of the Federal Republic of Nigeria, five Senatorial Districts with combined electoral population of 10million to 15million have been denied quality and deliberative legislative representation since December 2015. Similar sad fate has befallen other vacant House of Reps seats particularly those in Rivers State. All the five vacant Senatorial District seats and those of the House of Reps in Rivers State are in the realm of “primus inter pares” or first among equals; considering their strategic importance to national cohesion, unity and development. As important as Rivers State is to the country’s national wealth and politics, yet it does not have serving Senators till date; likewise Anambra State and its Central Senatorial District and Imo State and its North or Okigwe Senatorial District. There are no legal, administrative or political excuses that can impeach the right of the people of the areas to enjoy quality and deliberative representation at the National Assembly of Nigeria. The right of a people to vote is sacrosanct, constitutional and justiciable.

The Anambra Central Senatorial Rerun is also outstanding till date. The Court of Appeal, Enugu Division, had on 6th of December 2015 nullified the election of Senator Uche Ekwunifie and ordered Your Commission to conduct a Senatorial rerun into the vacant seat in 90 days or within 90 days. The 90 days court order within which Your Commission was mandated to conduct the rerun expired on 6th of March 2016. Instead of Your Commission retaining its role as a neutral third party or disinterested third party/referee; the Commission became grossly partisan; featuring as a plaintiff party in a politically motivated and ill-conceived appellate suit, questioning the grounded decision of the Abuja Division of the Federal High Court on 1st of March 2016, which rightly ordered the Commission to include “wrongly excluded parties and their candidates” in the Court-ordered rerun.

The Court ruling, delivered by Hon Justice Anwuli Chikere also set aside INEC’s public notice titled INEC/SEC/314’ of February 1, 2016, which excluded the plaintiff (PDP) and its would-be candidate from participating in the court-ordered fresh election for the Anambra Central Senatorial seat. It is fifty (50) days today (1st of March to 20th of April 2016) since the grounded judgment was given and its consequential order made, yet nothing has been heard of Your Commission’s politically motivated and ill-conceived appeal. Deducting fourteen days traditionally allowed for filing of appeal, thirty (30) days have further elapsed and Your Commission has not bordered about collective socio-political consequences of deprivation of people’s rights to choose their leaders and to be numerically and adequately represented legislatively. We are still at total loss as how the inclusion of relevant parties in the rerun poll as rightly ordered by the Court will harm the Commission or hamper its delivery of popular and credible poll and its outcome. It appears the Commission has allowed itself to be remote-controlled and stampeded by some malicious and riotous political actors. As if this was not enough, INEC went further to announce indefinite postponement of the Rerun just as it has done in Rivers (senatorial and house of reps) and Imo (senatorial) reruns.

In Rivers State, there are still outstanding reruns involving Rivers South-West, Rivers South-East and Rivers East Senatorial District seats as well as nine House of Reps seats. The Court of Appeal, Abuja Division had on 10th and 11th of December 2015, respectively, nullified the elections of three former Senators: Osinakachukwu Idoezu (Rivers South-West), John Olaka-Nwogo (Rivers South-East) and George Thompson Sekibo (Rivers East, sacked by same Appellate Court on 10th of December 2015) and ordered Your Commission to conduct reruns into the three seats in 90 days or within 90 days. The 90 days court order expired on 10th and 11th of March 2016. In the case of nine House of Reps seats, their elections, alongside others were nullified by the same Abuja Division of the Court of Appeal on 12th of December 2015. The 90 days court order within which to conduct their reruns expired on 12th of March 2016. Till date, Rivers State, with about seven million people, has no Senatorial representation at the Senate and nine of its 13 House of Reps seats are currently vacant on account of failure and incompetence of Your Commission to conduct and conclude reruns into the vacant seats.

Sir, in case Your Commission (INEC) has forgotten, as a constitutionally established executive body of the Federation by virtue of Section 153 (1) (f) of the 1999 Constitution with fully staffed departments including legal department; INEC is not permitted by law to operate above the law or undermine the laws of the land or constitute a serious threat to Nigeria’s pluralist democracy. As a matter of fact all the policies, pronouncements and conducts of the entire 17,500 top public office holders in Nigeria include Your Commission (INEC) and your office; are expressly subject to judicial reviews and pronouncements particularly by the High Courts of the 36 States and the FCT; the Court of Appeal and the Supreme Court of Nigeria.

Apart from our sadness concerning the above clear threat to Nigeria’s pluralist democracy arising from Your Commission’s highly despicable and widely condemned conducts; widely considered as a clear invitation to anarchy; we further express fears that the independence and impartiality of Your Commission are challenged and threatened by malicious political actors, traders and entities. This is further worsened by the fact that Your Commission, till date, is not properly constituted as well as failure of Your Commission to tame the scourge of political parasitism, which continues to threaten the Commission’s independence, impartiality and neutrality particularly during recruitment of substantive and ad hoc staffs and during the conduct of elections proper. Sad events trailing Your Commission’s recent turbulent and inconclusive reruns in Rivers State are a clear case in point.

As we rap up this informed letter of ours, something very important worthy of mention, surfaces and we ask as follows: How come outstanding reruns and FCT municipal polls were recently conducted and concluded by Your Commission in Osun State and Abuja (FCT), yet the Commission has adamantly refused to fix new dates and conduct reruns for those of Rivers (three senatorial and nine house of reps seats), Imo (Okigwe or Imo North senatorial seat) and Anambra (Anambra Central senatorial seat)? Is it not correct to say that Your Commission is reluctant to conduct the outstanding reruns in the affected areas for political reasons (i.e. they are perceived to be the federally opposition party strongholds likely to be won by same if conducted)? Could it have been the same if they are in the areas perceived as federally ruling party strongholds? Are there remote or immediate links between adamant refusal by Your Commission (using legal and administrative excuses) to conduct and conclude the outstanding reruns in Rivers, Imo and Anambra States; and a number of controversial executive proxy bills laying before the National Assembly waiting for majority numerical voting to be passed into law?

Specifically, do all these have to do with the highly controversial “National Fulani Nomadic Grazing Reserves Bill”? Are those outstanding reruns being delayed deliberatively to castrate anticipated opposition party and moderate ruling party’s voting strength and opposition to the highly divisive, incoherent, primordial, controversial and inter-ethno-religious provoking Bill? Is Your Commission truly independent and separated from the federally ruling and opposition parties’ grips?

Finally, we call on Your Commission to reverse itself as a matter of uttermost immediacy and extreme public importance. INEC must not only fix new dates for the outstanding reruns immediately but also apologize to all Nigerians and the electorates of the nine federal constituencies and three senatorial districts in Rivers State as well as those of Imo North and Anambra Central senatorial districts. We also demand that Your Commission must file notices of withdrawal in its politically motivated and ill-conceived appeal before the Court of Appeal, Abuja Division challenging the Federal High Court judgment baring the Commission from excluding the plaintiff and its would-be candidate in the Anambra Central Senatorial rerun.

INEC must also distance itself from any other Court matter, appeal or cross-appeal where the Commission may have filed cross appeals, main appeals or fresh cases; deemed popularly as attempts to scuttle democratic process with its anarchical consequences as well as to deny the affected electorates their inalienable rights to choose their leaders and to be adequately and numerically represented legislatively. Your Commission must, henceforth, obey all the laws of the land and submit to all judicial consequential pronouncements in Nigeria. The Commission must at all times desist from being seen or perceived publicly as partisan and ensure that it conducts an all-inclusive and participatory poll irrespective of candidates or political parties of any national, sectional or ethno-religious camp. Voters must be allowed to choose their best candidates at all times through popular and credible balloting.

To add more salt to injury, INEC this morning (21st of April 2016), hardened its position by saying that “it is not in a hurry to conduct outstanding reruns in Rivers State (and by extension, Imo and Anambra Senatorial reruns) until its conditions (security) are met” Again, whose responsibility is it to ensure security of the rerun poll and the electorates in Rivers State? Is it the people of Rivers State or INEC and federal security establishments? If Prof Mahmud Yakubu is unable and unwilling to conduct and conclude Rivers, Imo and Anambra federal legislative reruns before 20th of May 2016, we will have no other option than to stimulate public pressure to force him resign as INEC chairman. Following is the link to INEC’s statement under reference :(http://www.vanguardngr.com/2016/04/no-hurry-conclude-rivers-polls-inec/).

Yours Faithfully,
For: International Society for Civil Liberties & the Rule of Law (Intersociety)