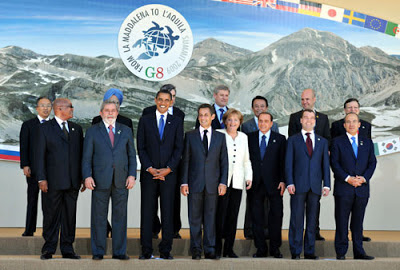 The leadership of International Society for Civil Liberties & the Rule of Law (Intersociety) had two days ago (24th of May 2016) released the first part of our special  public statement in which we expressed dismay, shock and alarm over “the gun-boat speed” with which Nigeria and Nigerians are arming courtesy of  the G8 Countries and their allies including the EU as well as the Peoples Republic of China with steady supply and shipment of small arms and light weapons to the country through licit and illicit means.


Also internally, the authorities of the present federal civilian government under Gen Muhammadu Buhari have made matters worse since the middle of 2015 when it came on board. The embryonic dictatorial administration of Muhammadu Buhari has introduced and entrenched the corrupt version of constitutional and pluralistic democracy in the country. In all, State killings and terrorism are common and routine. Enforcement of law and order is utterly discriminatory. The secularity of the country is bastardized and no longer a national priority. Economy is in tatters. Economic policies are harsh and anti public driven. Naira notes have almost become “Mogadishu Latrine Toilet Papers”. Regime laziness, incompetence and incapacity have tripled and governance creativity is grounded at zero level. State borrowings are sourced from right, left and center; stomached recurrently and misapplied administratively.

Clannish and primordial interests have been promoted and upgraded to national interests, snowballing into “full northernization and Islamization policies and agendas”. Section 14 (3) of the 1999 Constitution directs that “thou shall not sectionalize and privatize national public offices, institutions and resources”; but President Muhammadu Buhari dares same and counter says “I shall sectionalize and Islamize federal public offices and institutions and nothing will happen”. Emergence of Gen Muhammadu Buhari as Nigeria’s sixth civilian President has circumstantially become a semblance of the rebellious emergence of an internal armed conflict rebel leader who conquers a national political territory. Supposedly constitutional and pluralistic democracy status of Nigeria has totally been displaced and replaced with a diarchy and ethno-religious oligarchy.

The Constitution of the Federal Republic of Nigeria is now akin to military’s corrupted and bastardized “constitution”. Its provisions are acutely selective in application and enforcement. State energies and resources that ought to be channeled into the real and concrete governance of the country are now channeled into the Buhari’s policy of “State crushing” or State violence and terrorism. Judiciary is in quandary. Judges are now stampeded and presidentially threatened, using graft blackmail via EFCC and DSS unless they act according to presidential whims and caprices. Liberties are in chains. Citizens’ insecurity and other unsafe conditions arising from regime incompetence and violence have spiraled. Lawyers are now harassed and framed up for exercising their professional and constitutional rights of representing and defending the accused citizens particularly those tagged “regime enemies”. Constitutional liberties including fundamental human rights and custody rights are bastardized, corrupted and breached by the State.

Mainstream civil society leaders and rights activists in the country, majorly found in Lagos and Southwest no longer assert their independence and speak freely without being threatened and blackmailed. Those who dare to speak out end up retracting their dissent voices on account of nocturnal and direct threat-calls. A good number of them are threatened by the State and told to retract their dissent comments and retrace their steps or be faced the wrath of the State via the EFCC over goodies they received and invested from their “Lagos good old days” and “the 2015 project”. The ranks of organized labour and leading professional bodies in the country are not only broken, but also flooded with moles and government apologists. A clear case in point being the recent failed industrial strikes where attempts made by organized labour and CSO activists to wriggle themselves out of “Buharimania bondage” crashed irreparably.

To compound the above named federal governance tragedies in Nigeria, members of the G8 Countries, their allies and China have sped up their project of “arming Nigeria and Nigerians at night and coming to their aid with piecemeal development and humanitarian aids in the day”. Unlike their firm policy against China years ago over the latter’s abysmal human rights records, the named developed countries also encourage and support the regime anomalies under reference. For instance, Nigeria has just been forced by the G8 and the EU controlled IMF and World Bank to devalue its currency and effect oil subsidy removal in return for harsh loans that will end up in “recurrent expenditures and debt servicing” or piecemeal unproductive infrastructural maintenance.

This publication of ours, therefore, is properly timed; coinciding with the 42nd Summit of the G7 and its allies in Japan as well as “the one year in office of the administration of President Muhammadu Buhari”. We wish to clearly state that our firm belief in Nigeria of not present arrangement but Nigeria of all peoples with charter of equality, secularity, liberties, equitable and non-sectional sharing of political and security offices; non sectional and discriminatory protection of the citizens and enforcement of law and order; and balanced social and infrastructural development, etc, is the motivating force behind our advocacy activities. In the previous federal administrations since our inception in 2008, the same position was maintained. Where Nigeria of all inclusiveness, unity in diversity and ethno-religious secularism and demo-constitutional supremacy is not politically possible and achievable, then “national question and its answer” becomes inevitable and pacifist option. Our advocacy activities, therefore, are beyond who occupies the country’s seat of power or where he or she comes from.

Our major concern is the pedigree of such occupant and what he or she does in office. His or her pedigree matters a lot because “a rioter is bound to run a riotous affair” and a thinker and pacifist is bound to administer his or her people creatively and peacefully. We further wish to repeat our earlier statement that “dictatorship or tyranny emerges not only through the sole handiwork of a presiding individual, but as a result of failure of democratic forces and institutions to rise to the occasion during its early warning signals”. The greatest challenge facing and threatening the supposedly present democratic dispensation under Gen Muhammadu Buhari in Nigeria is that the mainstream democratic forces in Nigeria are instrumental to the emergence of the Buhari administration. It is therefore part of the law of nature that “one cannot eat one’s cake and have it at the same time”. Also “one cannot probate and reprobate”; “once saliva is spat, it can never be re-swallowed”.

Nigeria under the 12 months of the administration of Gen Muhammadu Buhari is not only hellish, but has also experienced escalated militarization or sharp increase in militarization of its polity. In Democratic Theory, “formidable democracies rarely go to war against themselves or against their external counterparts or opponents”, but under the present Buhari’s civilian administration, “State violence and terrorism” has become its cornerstone. This is worsened by the fact that Gen Buhari failed to avail himself the opportunity of purging himself of war mongering and violent approaches to issues of governance and State-citizen relationships through available classroom and non-classroom courses on issues of constitutionalism, democratic pluralism, political pluralism and tolerance, human rights, conflict resolution and rule of law.

Totality of these regime anomalies and tragedies has heightened tensions in Nigeria, snowballing into massive State and non-State arming. Presidentially, they have made the Presidency of Muhammadu Buhari “a quarantine presidency”. Other than reckless global trotting, the Presidency is now cocooned to “Aso Rock”, “Daura” and “core Northern Enclaves” and scared away from other strategic parts of the country. That is to say that even the Presidency too is gripped by the perception of insecurity owing to fears in the hands of the enemies made and enmity created in just 12 months, from right, left and center.

There are two reasons behind State’s application of coercive instruments such as small arms and light weapons: for public security and safety including safeguarding the country internally and externally from counter State actor and non-State actor aggressions; and for maintaining law and order through controlling and prevention of street, border, bureaucratic and cyber crimes; all within the confines of the Constitution, rule of law and constitutional liberties. But reverse is fundamentally the case under the Buhari administration.

When the State loses its legitimate capacities in these two directions through hostile or oppressive policies and conducts; regime incapacities and failures set in; resulting in aggressive resort to self-help and uncontrollable militancy. When the State closes or suppresses citizens’ alternatives to ventilate their angers against their government and its harsh policies and conducts in non-violent ways and when such State is perceived as democratically repressive and murderous; citizens take recourse to self-violent and self-arming.

In all, the dangerous level at which the Nigerian State under Gen Muhammadu Buhari is arming itself with “a balance of terror” response by private and group citizens has already put the country in negative front as Africa’s most illicitly armed State and possibly the world’s second most illicitly armed country after Afghanistan; a country credited with 10million illicit small arms and light weapons (SALWs) on average of one SALW for every four Afghans. This publication is to be continued and concluded in the next part (three).