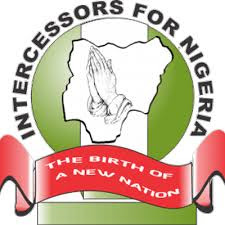 As concerns heighten over a systematic design to Islamize Nigeria under the guise of seeking grazing grounds for cattle by herdsmen of Fulani/Hausa breeders across the country, a Christian prayer coalition, Global Ministers Prayer Network in conjunction with Intercessors for Nigeria, IFN, has kicked off a 120-day intensive nationwide fasting and prayer programme to protect the interest of Christians and halt any move that will be detrimental to Christendom in the country.


A release announcing the programme signed by Prof (Bishop) Funmi Adesanya-Davies and  Rev.  Samuel Anyanele on behalf of the network, called on Christians all over the country to fast and pray  from  Monday May 9 - Monday Sept 5, 2016 to intercede for God’s intervention.

“Intercessors For Nigeria (IFN) is calling on every Nigerian Christian to fast, pray and proclaim the prophecy by Lance Lambert, a Jewish prophet, in 1986 (30 years ago)” who prophesied that God will bring down the Communist soviet union  and  power of fundamentalist Islamic revolution in response to cries of anguish from His people.

It called on Christians to pray asking for forgiveness for sins committed by self, our leaders and the entire nation at least three times a day for the four month period.

According to the religious leaders, “On Nov 9, 1989, the Berlin wall representing the power of the Kremlin was broken down- without arms or war, but by prayers! The same God who fulfilled that part of the prophecy will do the rest, and the time is NOW! God wants to destroy the power of the Islamic Revolution through our corporate and persistent prayers”.

The prayer is being supported by the Christian Association of Nigeria, CAN, and many Christian bodies including the Wailing Women Worldwide, a women prayer network, National Christian Elders Forum, Association iof Christian Schools in Nigeria, ASCN, International Prophetic Mission Association (IPMA) Inc, Worldwide College of Bishops and Ministers, among others.

Christians were admonished to fulfill their obligations to God so He will fulfill his promise of deliverance as his words cannot fail.

Bishop Funmi Adesanya-Davies is an educationist involved in attempts to make the Nigerian Education and Research Commission, NERC to drop moves to drop the study of Christian Religious Studies in favour of greater emphasis on Islamic studies and national values in secondary schools.

CAN have earlier condemned the lopsided curriculum revision and is working with the commission to ensure reversion to the old curriculum.
Posted by PublicInformationProjects at 04:39