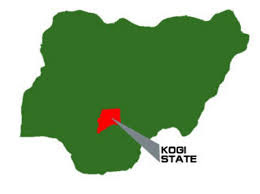 The recent horror testimony by a self-confessed intended assassin of former Governor of Kogi State, Captain Idris Wada is a clear demonstration that politics in Kogi State has entered a dangerous trend. The leaked information initiated by the commissioned agent is disgusting especially coming at a time that the Kogi State Election Tribunal is about giving its judgement in an electoral legal tussle involving Captain Idris Wada and others after five months of the infamous inconclusive Kogi governorship election.


The disclosure by the would-be assassin that his accomplices and himself have been stalking their target for a reasonable period of time with accurate description of his movements actually contains all the essential ingredients of a well-planned murder. Furthermore, the revelation that their intention was to execute the plan last Friday after Captain Idris Wada  would have left his Mosque of worship has the ring of truth and establishes the reality that some cowards in Kogi State have taken to extreme violence to ensure that their obnoxious political interests are made real. In any case, before deconstructing what such a bizarre assassination plot would have meant for the Kogi people or Nigeria’s democracy, it is appropriate to assume that the personal decision of the designate assassin not to go through with the attack at the last minute might not have been because he lost his nerve after collecting down payment but likely for divine intervention which prompted a noble rethink on consequences of murdering an innocent fellow human being.

In expanding this discussion to the national level, any credible political analyst on Nigeria’s democracy would readily attest to the worrisome fact that silencing perceived ‘troublesome’ politicians by way of assassination has characterized Nigerian politics. In all the six geopolitical regions of Nigeria, it is obvious that on issues of politically-motivated assassinations, nothing seems to have changed for good. Specifically, political assassinations have been one ruthless cut in Nigeria’s democracy and such politics of brutality have not ceased. Indeed, since Nigeria’s Independence such heinous acts have remained an attraction for both political thugs and their promoters. The dubious gains are well spelt out as mutually beneficial. On the one hand, the assassins enjoy dubious monetary gains and likely cover by their boss. Whilst on the converse, the skewed politicians find such repressive antics against their opponents as highly rewarding given its likely assurance for their political growth. On this, what seems most depressing is the weak capacity cum compromising nature of our intuitions to bring such persons that kill with impunity to justice.

Presently, even though political killings have  become a chilling episode of Nigeria’s democracy especially given that persons that conduct such atrocities are readily available in Nigeria’s market of teeming  unemployed youths, the truth is that not much success have been accomplished  by the security agencies in curbing this very disturbing issue both in terms of investigation and prosecution of suspects. To a mediocre analyst on the affairs of Nigeria, this may really be difficult to comprehend because Nigeria is yet to attain the ignoble status of countries where assassins operate with sophistication. Emphatically, Nigeria is certainly not a country where complex methods like rubbing of car door handles with poison or drinking tea prepared with radioactive polonium are engaged for such crimes. In most Nigerian communities, most political thugs are well known, yet when they commit heinous crimes that ought to guarantee them a space in a maximum prison, the culprits successfully vanish into thin air for a while only to return to the same community when their political godfathers have done the needful to obstruct investigation despite their being cited by the police as suspects at the preliminary stage of investigation.

Back to Idris Wada’s aborted assassination and the seeming murderous tendencies arising from Kogi’s worrisome politics especially at a time that the people of Kogi state are still mourning the untimely  and mysterious deaths that have claimed  three of their  top rated politicians, Prince Abubakar Audu,  James Ocholi and Rotimi Obadofin in less than five months.  Indeed, it would have been disastrous if the would be assassin of Captain Idris Wada had not stopped short of executing the orders of his masters because this particular incident would not have only exposed ominous dark cloud over Kogi politics but would have suggested obvious foul play that may even prompt a high level displaced aggression from accumulated pains of earlier lost Kogi politicians. Realistically, given that there are still missing pieces and varied interpretations on the past deaths of Kogi politicians, the Wada incident if not called off, would have  threatened public peace, unity and perhaps wrecked Kogi’s politics.

Candidly, there is nothing wrong about decent opposition in partisan politics but when plot of assassination is introduced, it invokes gross condemnation and becomes very offending to robust politics. In fact, I recall that a little before the commencement of the Kogi Election Tribunal, I had stated in a published personal opinion that it seems that Kogi is passing through its most uncertain political era and whatever happens at the Electoral Tribunal will determine if Kogi mischief politicians would see the death of their political rivals as an attraction or not.  But on this Idris Wada’s incident of failed assassination, I ask, what would have been the motive?  Has the electoral tribunal ruled? Even at that, in favour of which of the contending parties and will the death of anyone before the court’s verdict guarantee any of the parties in the case automatic replacement outside what is stipulated in the constitution? For me, this would have just deepened the mystery of Kogi politics and added to the long history of unresolved needless assassinations allegedly committed by people within the political sphere.

Beside the above conjectures, let me state that ever since this Captain Idris Wada’s issue was mildly made public, my telephones have not stopped ringing. Many sympathizers and likely loyalists of the former Kogi state Governor that knew me as his communication manager whilst in office have confronted me with many questions. Some have even queried why a press release has not been issued on such a delicate matter. My response has been very simple.  First, is that any Kogi citizen or resident should appreciate God that the plan of some persons to engage in mediaeval approaches to silence political opponents without weighing the backlash did not succeed. Otherwise, if the plot had worked, it is most likely that citizen’s trust in Nigeria’s democracy would have been truncated in Kogi state. Second, that Captain Idris Wada may have decided to treat this issue quietly as a lucky victim that witnessed God’s victory over the Devil, is wisdom. Otherwise, what is the essence of rebuking a man that purportedly took a personal decision to save you from harm after he had been paid to kill?  Thirdly, what action can you take against a man that in my assumption never had a personal contact with you, yet volunteered accurate information on the wicked plot of your purported political rivals without any demand of gratification. What if the battle is taken off God’s domain and transferred to the police. Does such guarantee that the men behind the plot cannot hoodwink the commissioned assassin to reverse himself on the entire issue? Even if such a case is prosecuted, the trial would certainly be a distraction especially if the matter is made to stand on its head to appear like a rogue plan, perhaps then intended assassin would be induced to withdraw his confession and claim that it was fabricated.

Another vital point here is that even though Idris Wada’s matter is of vital concern to Nigeria’s democracy, his assumed role in handling it as a personal favour from God is highly commendable. After all, it is not all assassination attempts against the President of America that is made public to avoid triggering any alarm that may spark panic in the polity. Never the less, the avalanche of calls I have received on this matter has prompted the need for me to make some clarifications. Otherwise, my silence may be misconstrued as hiding evil because if such a plot had succeeded, it would certainly have been a premise for some persons to unleash a new bout of violence that would have been too difficult to control.

Now that an evil plot has been averted, the immediate task before the Kogi people is to remain vigilant and committed in making genuine efforts to stabilize the political situation as they await the verdict of the Election Tribunal. Indeed, conflicts in any shade are best resolved by non-violent means.  Killing a political opponent is far from being a measure of political strength. However, Kogi people must not be discouraged by the misdeeds of desperate politicians, otherwise hope for a better future through democracy will be an illusion as violence and fear will then become determinants for leadership. Thus, the engagement of heinous acts for powers must be resisted by the brave and strong Kogi people; otherwise, Kogi’s pride and dream will be lost.

(Shaibu is Chief Communications Manager to former Governor Idris Wada.
He can be reached via: shaibuphrank@gmail.com)
Posted by PublicInformationProjects at 03:00