News Release: The Murdered Buried In Pieces Must Be Exhumed & Rested In Peace 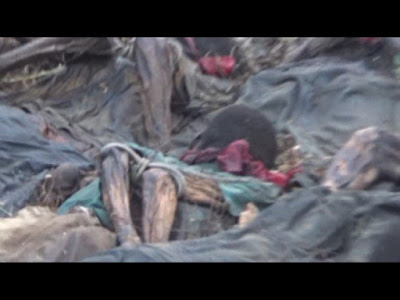 The leadership of International Society for Civil Liberties & the Rule of Law (Intersociety) wishes to inform all Nigerians and international watchers that we have totally been vindicated concerning our special publication of 6th of June 2016; titled: How Over 90 Biafran Heroes Day Activists Were Massacred By Security Forces & Buried In Military Cemetery Inside Onitsha Army Barracks. Our vindication follows the failure of the trio of the Nigerian Army, the Nigeria Police Force and the Government of Anambra State, which played leading murderous roles in the genocidal massacre to statistically and correctly deny or contradict findings of ours contained in the special publication. Today marks 96 hours or four days after the release of the special publication, yet the three killer establishment including the Buhari’s administration, have maintained “a conspiracy of silence” or silence of the graveyard, till date. The special publication has commendably received a very wide publicity in leading local and international media, particularly the online and social media.