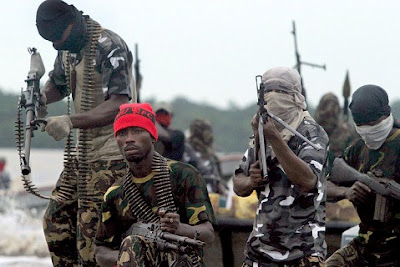 Worried by the increasing spate of systematic destruction of oil and gas assets in the Niger Delta Region, traditional rulers under the aegis of the South-South Monarchs Forum have resolved to host a three day security summit for traditional rulers in the nine states of the Niger Delta Region with a view to mediate and devslop an actionable blueprint to resolve the crisis in the region.


Chairman of the Forum, HRM King Dr Edmund M. Daukoru - Mingi XII Amanyanabo of Nembe kingdom has explained that the decision to urgently convene the Niger Delta Traditional Rulers Security Summit followed an Emergency Meeting of the Forum in Port Harcourt where the Forum resolved as a matter of urgency, to explore strategic frameworks and solicit interventional interface on matters relating to broader aspects of security in the region on a collective national platform.

The planned summit has the theme “Institutionalizing an Integrative Architecture for Systemizing Domestic Security Management in the Niger Delta Region”. It is scheduled to hold from 27th to 29th June 2016 at Le Meridien Ibom Hotel & Golf Resort, Uyo, Akwa Ibom State.

According to the Forum’s Chairman, the summit will leave no stone unturned to provide an avenue to fashion out a holistic blueprint to check the triggers of the crises with the objective to stem further escalation and lay a proper foundation to consolidate the unity and prosperity of the Region and indeed Nigeria for the present and future generations.

HRM King Dr Daukoru strongly lamented that as a result of the escalation of the crises, “the corporate integrity of our great nation Nigeria, is under siege and fierce challenge. The renewed intensification of violence, militancy, targeted destruction of national assets, kidnappings and other violent acts of sabotage has triggered a wave of insecurity in ways that cannot be described”. Continuing, he noted that “the unrestrained resort to brazen violence and intemperance has become truly worrisome, even ominous of potentially worse events to come. The imperative we face is that something has to be done with speed, to reverse this ugly slide towards potential anarchy, which threatens our very corporate existence”.

He added that “like the Boko Haram insurgency in the North East, if all Stakeholders do not take immediate and robust steps to address the triggers and remote causes of the issues and develop a roadmap to contain their intensity, the situation could spiral out of control and in its wake, sweep aside the marginal successes achieved in the economic, socio-cultural and developmental sectors of the Niger Delta Region”. The only solution, he proffered is “to act decisively now to protect and safeguard our collective heritage, opportunities and commitments”.

To underscore the urgency with which to approach this challenge with seriousness, he narrated “as we speak, our economy is bleeding at the seams. Critical and strategic national assets are been systematically sabotaged. Business activities have taken a nosedive and are plummeting steadily while at the same time, the ecology of lands in the region is fast being degraded as a result of massive spillage from the destroyed crude trunk lines. These have constituted a national embarrassment and opportunity losses of untold proportions. Under this heightened tension, the future of the region is being driven backwards.

King Daukoru said traditional rulers in the region have and are expressing strong concern and are appealing to all aggrieved citizens to shield their swords and allow the monarchs to mediate. He urged all parties in the conflict to “see the intervention we are soliciting as a natural mandate and a sacred duty, which judging by the very system of government Nigeria has adopted, and all other evidences around us, only the traditional institution is uniquely placed to initiate”.

He enthused that as royal fathers, most of whom have occupied the exalted traditional stools of our great forebears, it has become even more necessary to intervene through traditional mechanisms of mediation, to salvage our peaceful coexistence,”

In conclusion, he appealed to all parties to embrace dialogue while efforts will be intensified to explore strategies aimed at peacefully reconciling the differences. He also called on all stakeholders, including oil companies, investors and other corporate entities to support this initiative in every way possible, while noting that only synergy can bring about the desired outcomes.
Posted by PublicInformationProjects at 06:12