U-Report: “We Shall Fight Government Impunity And Lawlessness”—Imo State NBA 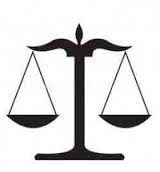 Government and its agencies have been enjoined to stop acts of impunity and lawlessness so as to avoid clash with lawyers.

This remark was made by Barr Lawrence Nwakaeti recently in the Annual General Meeting of Nigerian Bar Association (NBA) Owerri Branch wherein the lawyer was sworn in as the chairman of the Branch.


As part of his acceptance speech at the event at the High Court premises, Owerri, the new NBA boss promised that his leadership would ensure a robust relationship between lawyers and security agencies, pledging to protect lawyers from intimidation.

‘I hereby pledge to protect any lawyer who faces any form of intimidation or harassment while carrying out his … duty of defending his client. I shall stop lawyers being asked to deposit their phones while attending to the needs of their clients in custody at the various police formations…’, he said.

Continuing, Barr Nwakaeti among other things, promised that his administration would work for the independence of the judiciary and continuing legal education for lawyers. He also vowed to protect the interest of the embattled law officers in Imo State and ensure that lawyers get good pay for preparing land documents.

However, the Anambra State-born Owerri based private legal practitioner cautioned his professional colleagues to conduct themselves well so as not to be found wanting.

While thanking his professional colleagues for giving him and other members of his team the opportunity to serve, the learned advocate promised to serve well.