Article: Buhari And His AGF’s Relentless Drive To Win Elections 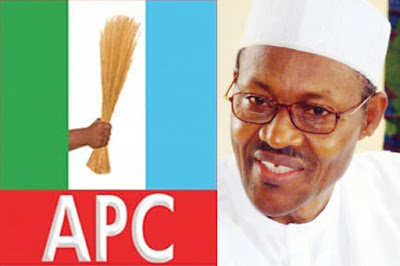 The choice of Mr. Abubakar Malami, SAN as the Attorney General of the Federation and Minister of Justice is already confronting President Buhari’s party’s ideology and promises of free and fair elections. Presently, there exist many petitions both local and International alleging that the Attorney General has crossed the line in many instances by corrupting the electoral process in the few elections that have been conducted by the Buhari’s administration. The common denominator of the complaints clearly suggests that the Attorney General is brazenly politicizing his office and abusing his power through impropriety in his dealings with election issues.

Most petitioners have accused the Attorney General of hugely contributing to the surge of election crises in the Buhari’s government and even suggested that Nigeria’s seeming credible electoral process instituted by the past government which President Buhari remains a major beneficiary is being threatened. Consequent calls have indicated that restoring purity in Nigeria’s electoral process should not be an issue of debate for President Buhari even if it means an immediate sack of Mr. Abubakar Malami as the Attorney General, a necessary political price any well focused Government should pay to demonstrate its sincerity.

On this, any objective Nigerian would agree that President Buhari should demonstrate willingness to put aside politics for equity and preservation of his integrity as election abnormalities if allowed to go unchecked will not only obliterate Nigeria’s growing democracy but reintroduce endemic electoral violence.

It is really sad that the alleged actions of the Attorney General have suddenly become the kernel of political difficulty for the Buhari’s administration and which highly tends to question Buhari’s assurance of impartiality. This is an exceptionally sensitive issue, probably as sensitive as threatening our national security or diminishing the true value of Nigeria’s democracy.
Indeed, the countless allegations against the Attorney General, regarding the use of his office for political gain, corrupting the judiciary and undue interference in the affairs of some independent agencies need to be investigated. This is an issue that the Buhari led government should not sweep under the carpet because Nigeria deserves a brilliant, dedicated and impartial Attorney General that will always let the law take its course and will not only support the constitution of Nigeria but properly conduct the duties of the office of the Chief law officer independent of any partisan political pressure.

That Nigeria’s Attorney General has certainly veered out of his assigned lanes by forging an unusual path in carrying out an orchestrated agenda against free and fair elections is well documented on the Kogi State governorship elections. Infact, any claim that the Attorney General is the main source of the Kogi distressed election will be difficult to dispute. Of particular note is that on the Kogi election, for unprofessional reasons, the Attorney General acted as if he were above the law and did not need to observe the rule of law.

Unfortunately, that a series of documents have been leaked corroborating that the headship of Nigeria’s election regulating agency, the Independent National Electoral Commission, INEC instead of following the advice of its legal consultants opted for the opinion cum directive of the Attorney General is grossly disappointing. It is really difficult to believe that the leadership of INEC forgot that the Attorney General as a political appointee of the ruling party had no right to interfere with such an issue which the Federal Government is not a party. Indeed, it would be ironic for anyone to think that the meddling of the Attorney General was not ill motivated to enhance his party’s chances as a contestant in the Kogi governorship race. The naked truth is that, the Attorney General’s interference with the work of INEC was obviously not only to diminish constitutional independence of the electoral institution but to covertly decimate perceived opponents, a clear action to halt purity from Nigeria’s democracy.

Whilst many Nigerians awaited the INEC’s mishandling of the Kogi situation and its attendant impasse to be resolved by the Election Tribunal, it is quite unfortunate that the same Attorney General did not hesitate to multiply the original anxiety and confusion he had created in the election. That he went on an open propaganda to grant a radio station an interview to give advice to the Election Tribunal is a clear intrusion on the duty of the Court as his comments had the potency of prejudicing the interests of some parties to the case. Again, this shows that on the Kogi election, the Attorney General had no equilibrium in his conduct as he ought to have remained neutral and rationale.

Many analysts have stated that if the Attorney General did not have a bias motive, he would have known that it was premature for the Tribunal to admit any advice or interference even on the basis of “Amicus curiae’ that only comes appropriate to assist courts on matters overlooked by the parties and court on facts and the law. As such, what the Attorney General did is not only presumptuous but inconsistent with giving legal submissions for the benefit of court.

Whilst I will resist the urge to be dragged into the arguments advanced by some persons that the Judgment of the Election Tribunal was patently biased and suffers from obvious errors as it did not properly consider the arguments put forth by some parties which amounts to an error apparent on the face of the record. However, it is important to note that the ruling of the election tribunal still has a long judicial road to travel as the issue of Nigeria’s Constitution short fall in addressing the present Kogi entanglement of the death of a contestant in the middle of an election and what happens thereafter is still undefined.

Indeed, it is the opinion of many objective observers that the higher courts in their inherent powers ought to recognise the that the ruling of the lower court on the Kogi election tussle, neither served the interest of any well-established principles of law nor public interest especially to avoid making the demise of a contestant in an inconclusive election a firm attraction for Nigerian politicians to engage in extreme violence or assassination for seeking inherited votes.

This is why it will be in the best interest of Nigeria’s democracy for the entire Kogi election case to be revisited in order to ensure that justice is properly served and the compromising mindset of the present Attorney General as exhibited in the Kogi election is kept in check for the preservation of both the integrity of the Judicial system and INEC especially in an administration which claims to be impartial and corrupt free.

(Shaibu, a Public Communications Consultant, wrote from Abuja. He can be reached via:  shaibuphrank@gmail.com)
Posted by PublicInformationProjects at 04:01