News Release: Born-Before-Computer (BBC) And Graft-Oriented Policies And Injustices Against NOUN And Other Public Institutions In Nigeria: Enough Is Enough! (Concluding Part) 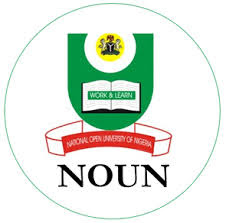 Recall that the leadership of this organization, International Society for Civil Liberties & the Rule of Law (Intersociety), had on Sunday, 17th of July 2016, issued  part one of the statement titled above.


The issuance of the statement followed a BBC (born before computer) and institutional graft powered persecution of the law graduates and the law faculty of the National Open University of Nigeria, NOUN, by a federal government establishment, called Council for Legal Education or LCE. NOUN has also undergone similar persecution in recent past in the hands of a number of government oversight or regulatory bodies including the National Universities Commission, NUC; leading to its triumphant victory against the NUC and others after resilient struggle.

The National Open University of Nigeria, apart from being one of the existing 28 federal universities in Nigeria accredited by the NUC, offering courses and programs recognized and accredited by the NUC; is a unique or Specialist University with a mixture of student-facilitator/lecturer (face-to-face) and distance learning education built on advanced Information Computer Technology, ICT. That is to say that NOUN is not an analogue university but an ICT powered or digital university. It is also an integral part of the global open universities’ system and one of over 60 accredited and recognized open universities around the world. NOUN shares and exchanges researches and publications with other open universities including the UK Open University.

NOUN, like other open universities including the UK Open University (one of the ten best universities in the world), were originally created as “typewriter and correspondence or post office communication universities”, but have undergone series of restructuring and fully factored into ICT powered Global Information and Communication System, otherwise called “Global Village” or “ICT Revolution”. The phrase “Global Village”, in turn, originated from the concept of “New World” developed in 1500s during expeditions or territorial discoveries by the now western world. The areas named “New World” are now called “the Americas” (North America, South America and the USA). The concept of “Global Village” was coined and invented by a Briton, by name, Marshal McLuhan in 1500s, who defined “Global Village” as “a village cleared by a high level of information technology”. In 1989, a period of over 480 years after it was invented, and on the eve of collapse of the cold war, the phrase: “global village” was dusted up, operationally defined and adopted as a global language and use by the United Nations.

Today, the National Open University of Nigeria, NOUN is proudly an integral part of this ground-breaking concept and invention. Sadly, the likes of the Council for Legal Education (LCE) and other key federal policy regulatory and implementation bodies have chosen to remain backward and static. They are so myopic, crude and unchanging to the extent of insisting illogically on destroying one of the country’s greatest gifts in recent times. It must be stated without any iota of fear that two viruses are hugely responsible for the wickedness of the authorities of the Council for Legal Education in Nigeria against the Law Faculty of the National Open University of Nigeria and its graduates and undergraduates as well. These two viruses are institutional graft and born-before-computer viruses.

The role of institutional graft as one of the two deadly viruses massively deployed in the ongoing persecution of NOUN’s law faculty and its graduates is clearly understandable in that NOUN is not an extortionist university capable of amassing tens or hundreds of millions of naira for the purpose of  “meeting the standards and specifications” of the likes of LCE. Till date, we are not aware of any service or approval in any government institution in Nigeria that can be obtained on merit without “rubbing the palms of the relevant personnel or officials”. Nigerians and members of the international community are at this juncture invited to take a clinical and critical look at the activities of officers of the Nigerian security forces on Nigerian roads particularly the Nigeria Police Force and the Custom Service. As a matter of fact, the best way to assess Gen Muhammadu Buhari’s anti corruption policy is to visit Nigeria roads and observe roadblocks manned by the Nigeria Police Force and others. That is to say that the level of extortion and other corrupt conducts going on at the roadblocks across Nigeria is shocking and alarming.

In all these, the authorities of the LCE cannot extricate themselves from the ravaging institutional virus under complaint. We are aware that accreditation of courses and professional programs by the likes of NUC and the LCE are very capital intensive in Nigeria. This is known to every Tom, Dick and Harry in the country. The question now is: what is responsible for “capital intensive” nature of accrediting these courses and professional programs in Nigeria’s tertiary institutions? The express answer to it is institutional graft! Also why should a legal practitioner in Nigeria spend through his or her nose to be made a Senior Advocate of Nigeria, SAN? The answer, too, is institutional graft!

In 2012/13 academic session, the law undergraduates of the NOUN participated in the National Mute Court Competition and emerged first out of other competitors from law faculties of 123  other accredited universities; leading to their representation of Nigeria in the International Mute Court Competition in the USA. Many, if not most of the undergraduates of NOUN are holders of university degrees from other universities. They include lawyers, professors, engineers, Catholic Priests, Nuns and Sisters, Pentecostal Pastors, Anglican Priests, Muslim Clerics, leading Nollywood actors and actresses, human rights activists, journalists, judges and magistrates, doctorate and masters’ degree holders, senior security officers from the Nigerian Army, Navy, Police, Security & Civil Defense Corps, Custom Service, Immigration Service, Prisons Service, Road Safety Corps; DSS, NIA, to mention but a few. NOUN is also responsible for the production of first indigenous Criminologists and Graduates of Security Studies in Nigeria.

It, therefore, saddens our heart as why the public policy makers and regulators in Nigeria have virally chosen to always set the country backward and refused to grow and change. Why on earth should accreditations and recognitions be given by the likes of NUC and LCE to courses and professional programs in other universities in Nigeria including “bushy universities and glorified secondary schools”; while a specialist and ICT powered university like NOUN is deliberately schemed out?

NOUN, on the other hand, is also victimized by BBC (born before computer) virus afflicting the headship or authorities of the LCE and others. It is important to state here that jurisprudence and legal practice in Nigeria have remained locomotive and typewriter based. Electronic Jurisprudence and ICT powered legal practice have eluded Nigeria. As we speak, a wide debate is ongoing in the Nigerian Bar Association between born before computer lawyers and ICT age and compliant lawyers whether or not to use electronic voting method in its forthcoming 2016 NBA general elections.

The debate is also crisis prone. Below is the link to the referenced debate, captured by TheNigerianLawyer.Com:http://thenigerialawyer.com/2016-nba-election-and-lawyers-view-on-new-e-voting-method/. Though NBA has acquired a website, but most of its BBC lawyer-members are routinely admitted in hospital beds whenever they are called upon to visit the NBA website for updates. Most of these BBC legal practitioners still maintain or operate dead or dormant email addresses or do not have any till date. As a matter of fact, most of private legal practitioners and members of the Bench and law reforms authorities have refused to go digital or enrolled for ICT classes. Many of them spend part of their useful times chasing cockroaches, mice and maggots in their law firms filled with heaps of dusty files and court papers.

Extensive investigations carried out by this organization, following the ongoing persecution of NOUN and its law graduates by the authorities of the LCE, clearly indicate that while many of Lagos, Abuja and Port Harcourt based legal practitioners are ICT compliant, most of their colleagues in Onitsha, Awka, Aba, Kaduna, Kano, Umuahia, Owerri, Enugu, Abakiliki and other cities in North-Central, Northwest, Northeast, South-south and Southeast are chronic victims of born before computer virus. That is to say that Southwest zone parades the largest number of ICT compliant or friendly legal practitioners in Nigeria till date. Alarmingly, 80% of members of the Bench, if not more, are also chronic victims of born before computer virus.

Professional pride and arrogance are also identified as the reason behind the affliction of the named BBC legal activists by the virus above mentioned. In the United States of America, for instance, 60% of graduates of its over 5,700 accredited universities and university-colleges obtain their education through ICT powered distance learning. The Board Chairman of this organization, once informed that during their NGO Management course tour in the USA’s Catholic Regis University (established in 1877), the head of its Public Administration was found schooling as a student in another department of the same University and one of the professor-lecturers of the School was also found teaching his students from far aware Jakarta in Indonesia, through internet powered PowerPoint. But in Nigeria, reverse is chronically the case, which explains why the ongoing persecution under complaint has thickened.

The age-going injustice against officers of the Nigerian Traffic Warden Service (TWS) is another area worth mentioning. The TWS has institutionally been enslaved by successive authorities of the Nigeria Police Force since 1975. Through Decree No.21 of 1975, the TWS was annexed and colonized by the NPF till date and incorporated into the NPF Act & Regulations. The worse of it all is code and administrative ranking and promotion stagnancy whereby a TWS officer can never rise in rank statutorily beyond equivalent of Police Inspector or Senior Traffic Warder, whereas his or her course-mate in the NPF can rise to the rank of Commissioner or even IGP. Officers of the TWS, till date, are not allowed headship of the Police Traffic Warden department. A fire-brigade approach was made in 2002 by federal authorities whereby two ranks of Assistant Superintendent of Traffic (AST) and Deputy Superintendent of Traffic (DST) were added, yet the age-long injustice has remained unaddressed.

We conclusively say: enough of this chronic institutional backwardness, injustice and persecution in Nigeria by public policy regulators! The authorities of the LCE and the NUC must rid themselves of obvious BBC virus and embrace ICT revolution. As a matter of fact, they must go digital!

The LCE must reverse its infamous or wicked embargo on NOUN and its law graduates and set up a committee or body of experts knowledgeable or skilled in ICT to visit the University (NOUN) so as to carefully study its methodologies including its e-library and distance learning;  quality of its law books,  legal researches and course facilitation or tutorials, etc.  Its description of NOUN as “a part-time or correspondence university”, which is despicable and condemnable, should be subjected to expert-investigation to fully understand how the programs in the University are truly run and tenured. The LCE can further take a trip to the UK Open University for the purpose of similar study and compare its findings with those obtained from NOUN.

On the other hand, the authorities of the Federal Government of Nigeria must end the age-long injustice against the officers of the TWS by repealing the ignoble and infamous TWS Decree or Act 21 of 1975 and absorbing the officers of the TWS into near-moribund “Police Motor Traffic Department of the Nigeria Police Force”. It is either the Government opts for this option or creates full autonomy for the TWS. In case, the Buhari administration chooses the former, all forms of promotion and posting discriminations and discrepancies must be eliminated.
Signed: